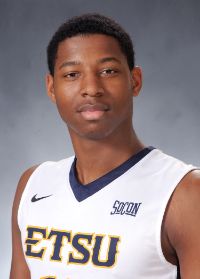 About Toriano:  With a 7’1” wingspan and a 9’4” standing reach, Stokes had a dunk in every game during his final season at Westwood, even posting a career high six dunks in a single contest. Prior to ETSU: Averaged 16 points, 14 rebounds and four blocks a game during his senior season...Named the No. 12 recruit in the city and a Class A-AA Best of Preps selection by the Memphis Commercial Appeal, Stokes also received Scholar Athlete of the Year finalist honors from that same newspaper. Personal: Major is undecided … son of Toriano Stokes & Fatima Clark… born August 6, 1997.