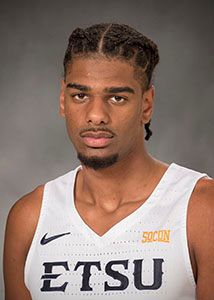 A player who brings impressive size and power conference experience to the program … will sit out the 2018-19 season after transferring to ETSU from Oklahoma State.

In two seasons with the Cowboys, he started 17 games and made a total of 54 appearances, leading the team in shooting percentage as a freshman (67.4 percent) … in his first season of Big XII Conference play, he posted a six-point, seven-rebound performance against Maryland … during his sophomore season, he shot 52.5 percent from the field and ranked second on the team in that category … played three seasons as the Canarias Basketball Academy in Spain and represented his home country of the Netherlands by playing in the 2015 U18 FIBA Championships, averaging 3.9 points and 5.1 rebounds a game in international competition … speaks four languages fluently.