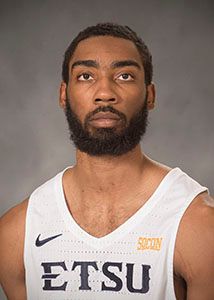 A player with great mobility for his size … possesses strong offensive skills and face-to-the-basket talent … will also provide rim protection on the defensive end of the floor.

While playing his final season at Casper College in Wyoming last season, he shot 63 percent from the field, while averaging 9.8 points, 4.5 rebounds and totaling 54 blocks in 20 games for the Thunderbirds … recorded 21 points and five blocks against the Wyoming All Stars, and posted 13 points and five blocks versus College of Southern Idaho – the NJCAA national runner-up … also registered a double-double (19 points/10 rebounds), along with four blocks against Little Big Horn … was invited to the Jerry Mullen Top 100 camp … averaged 18.5 points, 8.2 rebounds and 3.3 blocks per game during his high school career.