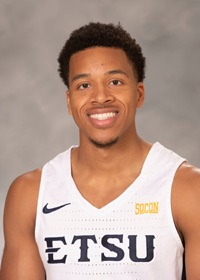 About Isaiah: A two-time Junior College All-American and a flat-out winner … led Vincennes to the NJCAA Final Four in 2018, and the Elite Eight in 2017.

Prior to ETSU: Was a first-team All-America selection as a sophomore following honorable mention accolades as a freshman at Vincennes … was the 15th-ranked JuCo player in the country in 2018, averaging 17.4 points, 4.6 rebounds and 4.5 assists per game while leading Vincennes to a 34-3 overall record and a trip to the NJCAA Final Four … He ultimately finished his two-year JuCo career with a 66-6 overall record, 1,167 points and 346 assists, while also earning All-Tournament honors at the NJCAA Nationals a year ago … prior to his junior college career, he was an all-state selection at Henry Clay High School who participated in the Kentucky-Indiana All-Star Game his senior season.