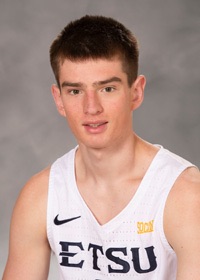 Played at Bishop O’Connell High School in Alexandria, Va., where he totaled 1,143 points and 680 rebounds in his career ... Was the No. 12 ranked player in the state of Virginia via Prep Hoops and No. 25 ranked player in Washington D.C. by Capitol Hoops ...  Earned second team all-state and second team all-conference honors, while being named MVP of the DMV Tipoff Classic after finishing with 23 points, 10 rebounds and seven assists in a win over St. Charles ... For his career, Weber shot 55 percent from the field, 48 percent from beyond the arc and 75 percent at the free throw line ... Along with his impressive numbers put up on the hardwood, Weber has also excelled in the classroom where he is a four-year honor roll student.

His father, Rick Weber, was a former assistant coach at Old Dominion and sister, Mattie Weber, played volleyball at Stetson.