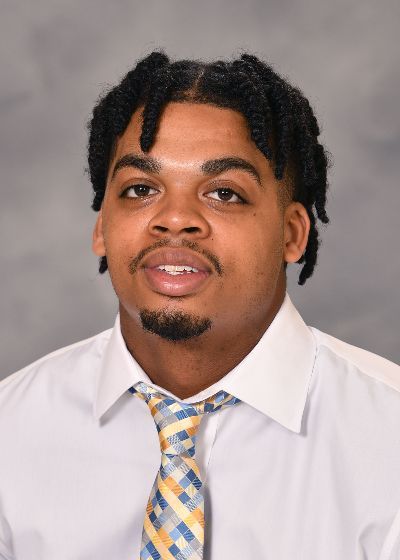 Transferred to ETSU from Kansas State ... Completed his junior season with the Wildcats where he averaged 5.3 points and 2.3 assists in 19.4 minutes per game. The Louisville, Ky. native played in all 32 games, making nine starts. Sloan scored in double figures in three of those starts, including a season-high 17-point effort at Kansas, along with dishing out five assists. In his first start, Sloan totaled nine points, five assists and four steals against West Virginia. Sloan dished out at least one assist 25 times and registered eight games with at least four, including a season-high eight assists against Saint Louis. To go with his assists, Sloan had one turnover or less in 19 games and seven games with zero.

Played two seasons at John A. Logan College where he was teammates with current Buccaneer Vonnie Patterson. It’s also the same program that produced former ETSU standout Devontavius Payne ... After averaging 14.1 points, 9.8 assists, 4.6 rebounds and 1.1 steals per game in his two seasons with the Vols, Sloan was regarded one of the top JUCO players in the country. Sloan was ranked No. 26 by JUCORecruiting.com and No. 35 by 247Sports, along with being rated as a Top-5 point guard by both outlets. Sloan, who recorded 24 double-doubles (points/assists) in 64 career games at John A. Logan, earned honorable mention All-American honors as a sophomore in 2018-19 and was named Great Rivers Athletic Conference Player of the Year the same season ... led the NJCAA in total assists and assists per game both seasons with the Vols as he tallied 304 (9.5 apg) in 2017-18 and 326 (10.2) in 2018-19. During his two seasons at John A. Logan, Sloan assisted on nearly a third of the team’s made field goals and had a career 3.2 assist-to-turnover ratio. To go with his 24 double-doubles, Sloan also added three triple-doubles, including back-to-back feats against Southwestern Illinois (19 points, 10 rebounds, 10 assists) and Lake Land (10 points, 10 rebounds and 13 assists) during his sophomore campaign ... Averaged 16.1 points and 10.2 assists per game, becoming the only NJCAA Division I player to average a double-double in points and assists – and was only one of three players in all levels of college basketball to accomplish the feat that season. Murray State’s Ja Morant and Steven Tynes out of Suffolk County Community College were the other two players.