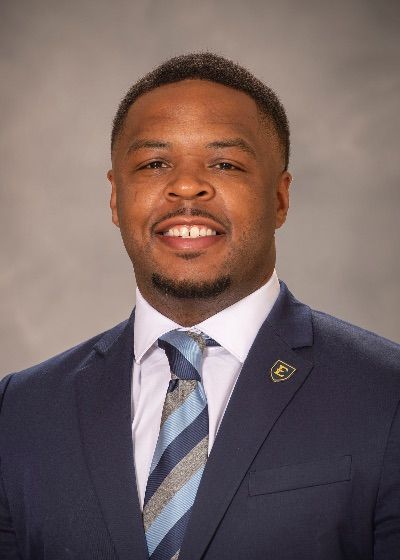 Days has 12 years coaching experience, including the last eight at the NCAA Division I level. He comes to Johnson City after spending the last four seasons as an assistant coach under Cliff Ellis at Coastal Carolina.

“Patrice is one of the brightest up-and-coming coaches in the business, and has gained experience working for some of the most well-respected coaches in the country,” said Oliver. “He possesses a contagious personality that will fit well with our staff and players.”

Days is excited to reunite with Coach Oliver and be part of a tradition-rich program.

“I’m very excited to be a Buccaneer,” said Days. “This place has tradition and a winning spirit when you touch campus – it’s definitely a blessing. Words can’t decide how happy I am to get to work for Coach Oliver again. He’s been a mentor of mine for years and someone I admire and believe in. I’m ready to roll up my sleeves and get to work!”

In his four years in Conway, S.C., Days helped lead the Chanticleers to a pair of postseason berths, including a trip to the 2021 CBI Championship game after finishing with an 18-8 record. This year, Days saw DeVante’ Jones, a 1,000-point scorer, earn Sun Belt Player of the Year honors, as well as being named a finalist for the Lou Henson Player of the Year award.

During his four-year stint with CCU, Days saw the Chanticleers become one of the top rebounding and defensive teams in the country.

Prior to arriving at Coastal Carolina, Days spent one season each at Southern Utah (2016-17) and Wright State (2015-16). At Wright State, Days played an integral role in several aspects of the program, including player development, daily practice routines, scouting, and recruiting. He was also an academic coach for the student-athletes.

Days got his first Division I assistant coaching job at Abilene Christian where he spent the two seasons as the Wildcats’ recruiting coordinator from 2013-15.

In 2012-13, Days was an assistant coach at Arlington Country Day School in Jacksonville, Florida, under legendary prep coach Rex Morgan. Days coached Country Day – one of the top prep schools in the country – to an overall record of 30-4.

As a player, Days played at Piney Woods High School in Piney Woods, Mississippi, where he averaged nine points and six rebounds per game as a senior in 2001-02. He spent a year at Southern (LA) University before an injury forced him to miss the rest of the season. He went on to play one season (2006-07) at Caldwell (NC) Community College before returning to Louisiana. He graduated from New Orleans in 2010 with a degree in interdisciplinary studies with a double minor in business and education.