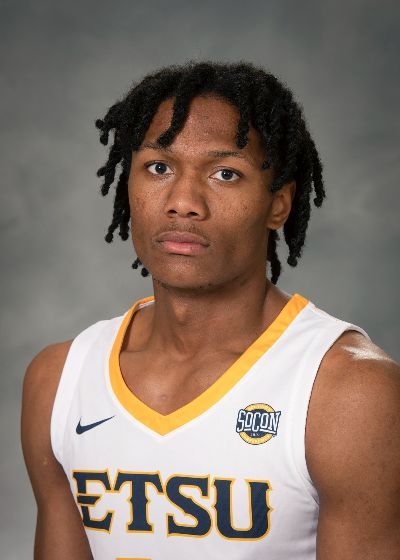 Spent the last two seasons at the University of Georgia ... Played in 11 games this past 2021-22 season where he averaged 1.1 points in 3.9 minutes of action, while averaging 1.6 rebounds in 2.7 minutes his freshman campaign in 2020-21 ... Coming out of high school, was rated as a three-star prospect via ESPN, 247Sports.com and Rivals.com … Also ranked as the nation’s No. 128 prospect by 247Sports.com, No. 129 by Rivals.com and No. 138 by 247Sports.com ... During his senior season, averaged 11.7 points and 10.7 rebounds at Norcross High School where he helped guide the Blue Devils to a 26-4 record and the Elite Eight round of the Georgia Class 7A State Tournament … Following the senior campaign, Taylor was named honorable mention all-state by the Atlanta Journal-Constitution for Class 7A ... Prior to attending Norcross, Taylor played his freshman and sophomore seasons at Columbia High School in Atlanta, before transferring to Greensboro (N.C.) Day School his junior year … As a freshman, he averaged 10 points and 12 rebounds, while leading Columbia to a 21-8 record and trip to the Sweet 16 in the 5A state tournament ... During his sophomore season, Taylor posted 12 points and 13 rebounds, and was selected first team all-region ... In his one season at Greensboro Day, Taylor helped the Bengals compile a 30-5 record and captured the 2019 N.C. Independent School Athletic Association Class 4A State Tournament title … Taylor, who played in 31 of the 35 games, tallied 9.1 points and 7.0 rebounds per game, while shooting 58 percent from the floor and leading the team in blocks and dunks ... For his high school career, Taylor averaged a double-double in three of his four seasons en route to recording 1,189 points and 1,201 rebounds … Taylor was just one of three players from the 24 Gwinnett County high schools to average a double-double during the 2019-20 season.