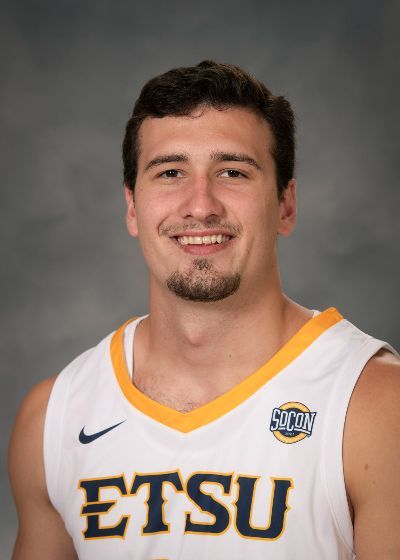 Played in 17 career games for the Vols from 2018-22 ... Two-time SEC Winter Academic Honor Roll member ... Scored his first collegiate points in Tennessee’s win over ETSU on Nov. 14, 2021 when he netted a pair of free throws and also grabbed three rebounds ... Made his first collegiate field goal 12 days later in the win over Presbyterian … Also blocked two shots and played a career-high four minutes against the Blue Hose ... Scored his first career SEC points against South Carolina on Feb. 5, 2022 ... Graduated with a degree in Civil Engineering this May ... Played for Mike Hutchens at Knoxville Catholic High School where he averaged 21.0 points and 8.0 rebounds during his 2017-18 senior season ... Named to the Knoxville News Sentinel’s 2018 All-PrepXtra Team and was a finalist for the Boys Basketball Player of the Year at the Knox News Awards event ... Played on the 2016-17 team that recorded a 28-game win streak en route to winning District 4-AA and Region 2-AA tournament titles … The team finished 31-2 and was ranked No. 1 in every Associated Press state poll that season.