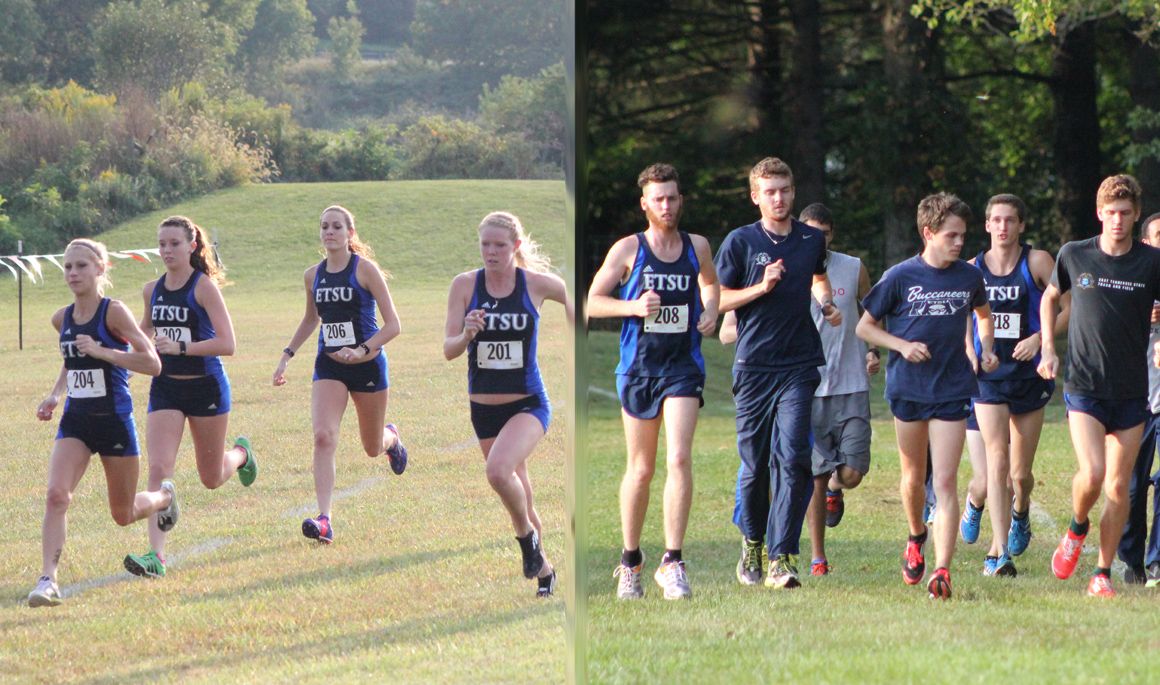 It’s the fourth straight year the Bucs have competed at the event.

JOHNSON CITY, Tenn. (September 17, 2015) – After opening their season last weekend, the ETSU cross country program will be back in action on Friday at the Virginia Tech Alumni Invitational at the Buford Meredith Cross Country course.

The Bucs will square off against a field of over 300 runners in Blacksburg while facing stiff competition featuring nationally-ranked Florida State, along with multiple regional ranked opponents. The ETSU men’s team is ranked 15th in the south region in the latest USTFCCCA Regional poll. The Bucs are one of only three Southern Conference teams competing in the event with Radford and VMI also participating.

“Our goal is to at least duplicate or improve on last week’s races in terms of times and effort,” said director of cross country/track &field George Watts. “Although there are fewer teams entered, we will face a very strong field of runners on a more demanding course. It’s a great regional type race with SoCon and NCAA south regional teams entered that we will see down the road.”

Last weekend the men finished seventh while the women finished eighth in Greenville, S.C. at the Furman Classic. The men’s team saw six of their seven runners finish in the top 50 out of nearly 170 runners with sophomore Simeon Roberts (Greeneville, Tenn.) pacing the Bucs with a time of 25:26.55. On the women’s side, junior Emily Williams (Bristol, Tenn.) placed 34th overall out of 115 runners with a time of 22:36.52.

In the Virginia Tech meet a season ago, the Bucs turned in solid performances with the men finishing third while the women placed fifth. Junior Matt Warriner (Maryville, Tenn.) ran well as an underclassmen leading the Blue & Gold with a 10th place finish and an overall time of 25:17.80. The men finished behind nationally-ranked Florida State and North Carolina.

The women were led by Katie Hirko (Oley, Pa.) who placed 10th overall with a 21:43.90 time. Hirko was followed by sophomore Macy Carrier (Bluff City, Tenn.) who rounded out the top 25 and junior Victoria Hutchens (Stuart, Va.) who snuck into the top 40.

“This will be the fourth year in a row we’ve raced this meet and it will give us a good comparison for those that ran last year and the team in general,” said Watts. “We need to increase our competitive effort and toughness each time we toe the line and this meet is the next step in the process.”

The Buford Meredith Cross Country Course is located on the Virginia Tech campus behind the indoor/outdoor track and Vet-Med School. The course is all grass over rolling hills. The women’s race begins at 6 p.m. with the men following shortly after at 6:45 p.m.