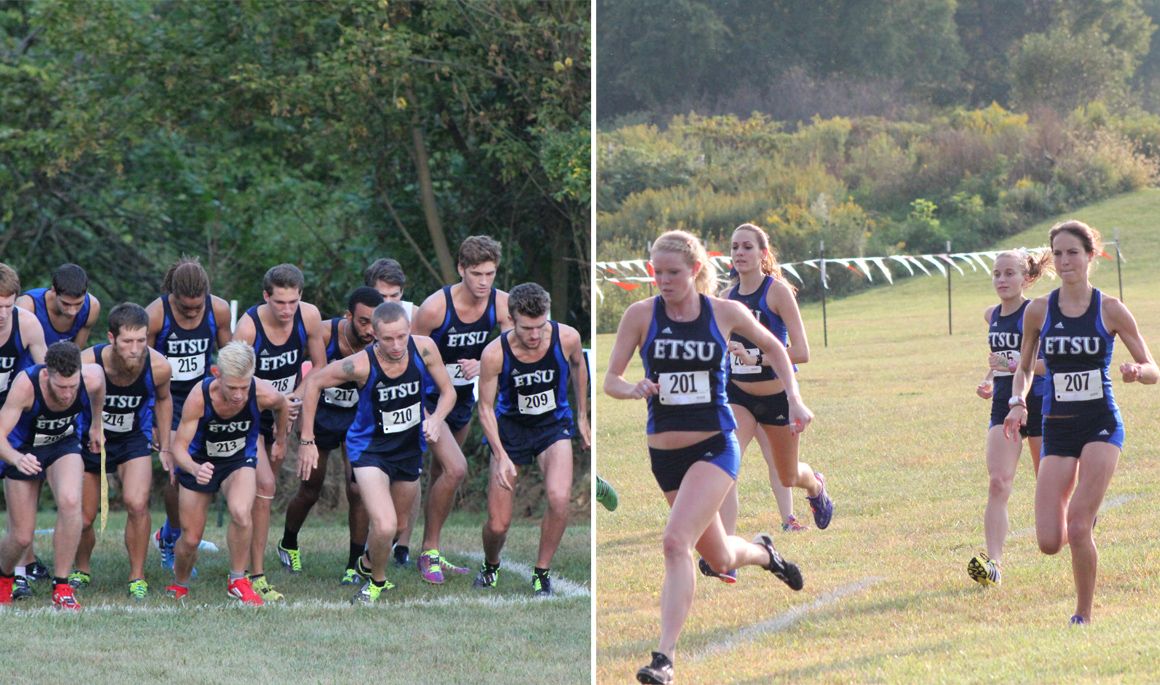 The course is the home of the XC NCAA Championships

JOHNSON CITY, Tenn. (October 2, 2015) – The ETSU cross country program is set to compete in the 14th annual Greater Louisville Classic on Saturday, Oct.3 in Louisville, Ky. at E.P. “Tom” Sawyer Park. It’s the first time since 2013 the Bucs have competed at this event.

“The men will have a tough assignment with five nationally ranked teams in the race as well as an opportunity to run against six of our regional foes.” said director of cross country/ track & field George Watts.

“This is the first 5k race of the season for the women and I know they are looking forward to dropping down to a more traditional race distance,” said Watts.

The Blue & Gold last competed in this event in 2013 when the men took home a top 10 finish placing ninth out of 31 teams while the women finished 27th out of 31 teams. Senior Angus Baldwin (Tumbi Ustria, Australia) finished in the top 50 out of 160 runners, placing 45th overall. Senior Katie Hirko (Oley, Pa.) paced the Bucs with an 11th overall finish. The men had their best finish at this event in 2007, finishing seven while the women’s best finish came in 2011 when they placed 15th.

It’s familiar territory for the Bucs going up against nationally ranked competition as they did so two weekends ago at the Virginia Tech Alumni Invitational in Blacksburg, Va. with both teams finishing seventh.  The women were led by junior Victoria Hutchens (Stuart, Va.) who placed 34th overall out of nearly 120 runners with a time of 23:14.98. The men were paced by junior Simeon Roberts (Greeneville, Tenn.) for the second straight week as he posted his first top ten finish of the season, coming in sixth with a time of 25:00.77.

“We look forward to this weekend’s competition,” said Watts. “We have switched gears in our training and it will be interesting to see how we respond.”

The race will be held at E.P. “Tom” Sawyer Park, the home of the NCAA Championships held on Nov. 21. The course features hills with an overall flat to slight rolling terrain. There are a total of five races being held at the event with the men running in the 8k gold race at 9:30 a.m. and the women running in the 5k blue race at 11:30 a.m.