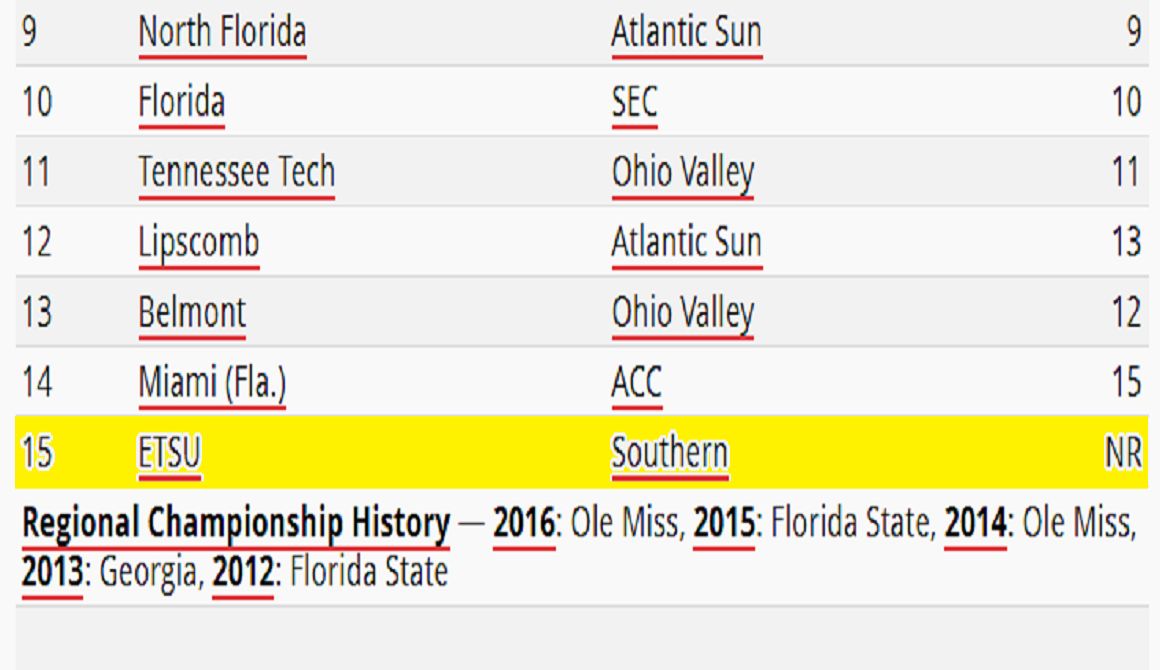 JOHNSON CITY, Tenn. (Sept 18, 2017) -- After a brief absence, the ETSU men’s cross country team has returned to the regional rankings.

ETSU is coming off a finishing 3rd of 12 teams at the Virginia Tech Alumni Invitational on September 15, behind the host school (3rd in the Southeast Region) and Florida State (4th in Southern Region).

"We've had two solid races and made nice progress from the first," said ETSU head coach George Watts. "That's what put us back in the rankings this week, and we hope to move up as the season goes along."

The Bucs were 14th in the Southern Region in USTFCCCA’s pre-season rankings but fell out of the top 15 in the first regular season poll, released September 11.

ETSU is preparing for the USC Upstate Invite in Spartanburg, S.C. on Saturday, September 30.