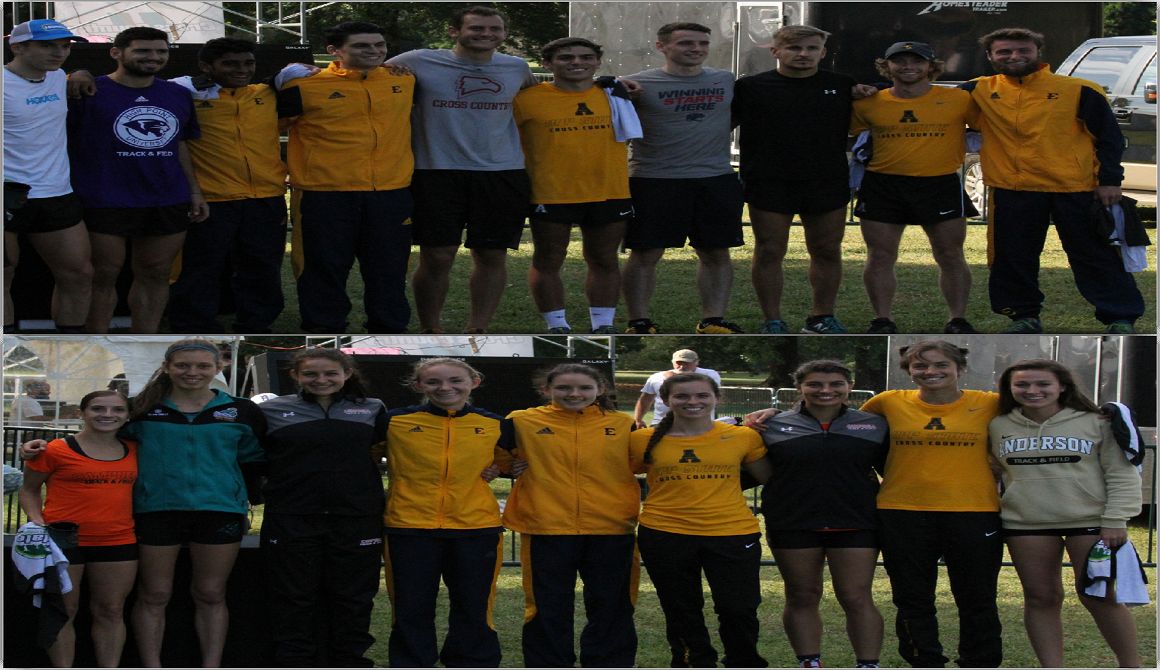 SPARTANBURG, S.C. (Sept. 30, 2017) – ETSU’s cross country teams began the “stretch run” of their 2017 season in the best way, sweeping the women’s and men’s championships at the USC Upstate Invitational in Spartanburg, S.C. on Saturday.

Running the same course that will host the Southern Conference Championship meet in less than a month, each ETSU squad bested runner-up Appalachian State – the men by 21 points and the women on a tiebreaker.

"It's great to get a win anytime, but it was special with both teams winning today," said ETSU head coach George Watts. "The women had a great race, with entire group setting either personal or season bests. The men ran a slightly different race plan but had a similar result."

Both Bucs teams put two runners in the top five, and four in the top ten, of the individual standings of collegiate runners. Ben Varghese (Kingsport, Tenn.) and Adam Bradtmueller (Sarasota, Fla.) respectively finished 2nd and 3rd in the men’s 8K, while Emily Williams-McElroy (Bristol, Tenn.) and Lindsey Stallworth (Knoxville, Tenn.) were 3rd and 4th in the women’s 5K.

(Both the men’s and women’s races were won by unattached runners. The 7th-place runners in each race were also unattached.)

"Both teams have done a great job this season of fighting all the way to the finish line," Watts said. "They know every point counts and passing people can be the difference between winning and losing."

Up next for the Bucs is the HPU Vert XC Invitational in Kernersville, N.C. on October 13. The SoCon Championship is back in Spartanburg on October 28, and Watts hopes Bucs fans turn out then the way they did Saturday.

"I really appreciate the great support we get from our parents, alumni and teammates," Watts said. "Today was good example of that. It was neat to have so much support on a day we earned two victories."