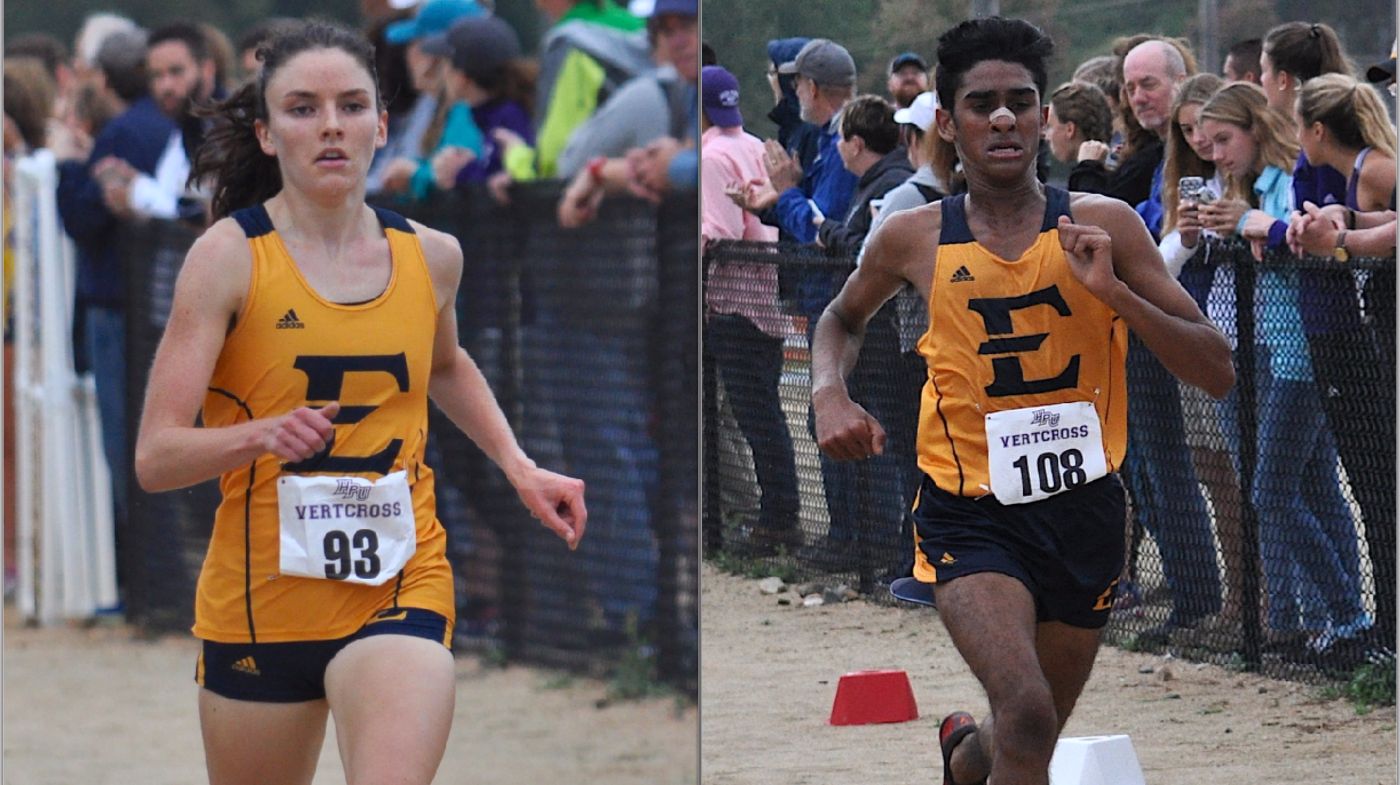 KERNERSVILLE, N.C. (Oct. 13, 2017) – Paced by top-five finishes from a pair of freshmen, each of ETSU’s cross country teams produced a solid showing on Friday in the HPU Vertcross Invitational in Kernersville, N.C.

The men’s team was a close 2nd out of 17 teams, and the women 3rd in a competitive 16-team field, on the looped two-kilometer course at the Ivey M. Redmon Sports Complex, hosted by High Point University.

Lindsey Stallworth (Knoxville, Tenn.) was third in the women’s 6K race, while Ben Varghese (Kingsport, Tenn.) finished in the same spot in the men’s 8K.

The ETSU women’s 73 team points were just 11 back of High Point in first, five back of runner-up Appalachian State, and five better than 4th-place and Southern Conference rival Furman.

The men’s 70 points were 14 shy of the top team, Furman, and 38 better than third-place Appalachian State.

“What I liked was that we didn’t see this as a tuneup for the conference meet (on October 28), but more as a next step toward a successful season,” said Bucs head coach George Watts. “Both teams continue to fight hard to the finish and I’m pleased with the toughness they’ve showed.”

“Our women’s team has depth but is a bit young,” said Watts. “I was pleased they all ran smart races and held their form throughout.”

“Our men really benefit from the depth we have, because we have a different top five every meet,” Watts said. “A couple of guys always seem to make a difference when other guys are struggling. That usually make a difference in championships.”

Up next for the Bucs is the Southern Conference Championships, to be held on Saturday, October 28 in Spartanburg, S.C.