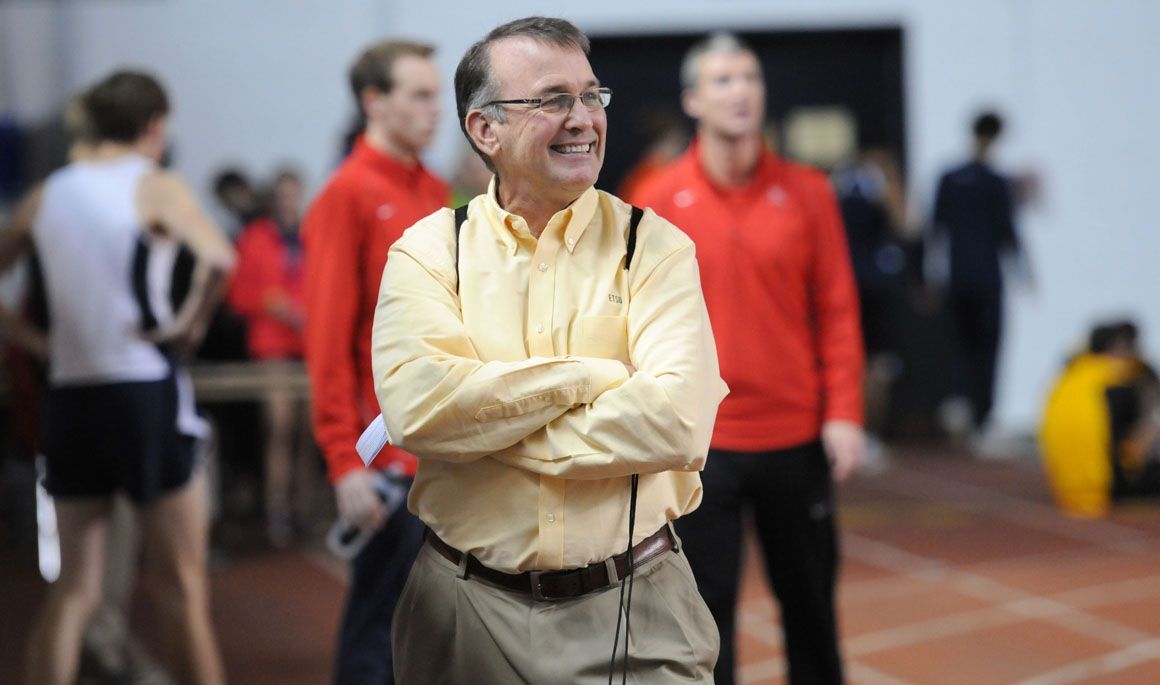 CULLOWHEE, N.C. (Oct. 26, 2018) – Looking to extend their historical run of solid results at the Southern Conference Cross Country Meet, head coach George Watts and his ETSU men and women board the bus and climb the mountain to compete in Saturday’s race that gathers the league’s best distance runners for a few hours each year.

“Each time we race our goal is to have our best race of the season,” Watts said. “The conference championship is certainly no exception.  This meet along with the NCAA Regionals really defines the season for a cross country team. This weekend I'm simply looking for improvement and where that places us will be determined soon enough.”

In both races ETSU will run Saturday, they arrive in Cullowhee on the right foot.

The ETSU men, first to take to the course, are coming off their second meet win in as many years, having placed four in the top 10 at the High Point Vertcross Invitational two weekends back and taking victory from the 14-team field by an impressive 48 points. It was the Bucs 13th top-five in their last 14 pre-NCAA events, and their outlook for Saturday’s race is promising as well, having finished in the top three in every conference championship they’ve run in since 2011.

Individually, Ben Varghese (Kingsport, Tenn.) and the Bucs will have significant belief that a conference title is in the conversation for the sophomore. Varghese has finished top-three in every event he has raced in this fall, with a 10th-place standing from the 2017 Southern Conference Championship already under his belt. Varghese has seven top-10 results from his nine collegiate races, with his sights for the top spot Saturday.

The women, scheduled to run 45 minutes after the men start their 8K, turned in a strong performance Oct. 12 as well, placing sixth of 18, have only finished outside the top five in pre-NCAA events four times in the last three years. Their pair of third-place spots at the beginning of the year make it five in the last two seasons for the Bucs, while they’ve also finished top-three in each of the last two SoCon meets.

Recent history dictates that sophomore Lindsey Stallworth (Knoxville, Tenn.) will be out front for ETSU, her 12th-place at last year’s league meet pacing the Bucs three top-20 runners. Stallworth’s fourth-place at the Virginia Tech Alumni Invite was the third top-five of her young career, falling just six seconds short of her career-best in the 5K just two weekends later at the Louisville Classic.

The team competitions will feature a number of teams challenging five-time defending champion Furman. On the men’s side, ETSU was slated second in the 2018 preseason coaches’ poll, receiving one first-place vote, followed by Samford, who was picked third. Chattanooga will also have the chance to vie for the overall title as it finished fourth in the 2017 SoCon Championship and was picked to finished fourth in the preseason poll. VMI was picked fifth, UNCG sixth, Western Carolina seventh, Wofford eighth, The Citadel ninth and Mercer 10th.

For the women, ETSU was also selected second in the preseason poll after finishing third at the 2017 SoCon Championship. Samford, Chattanooga, UNCG, Wofford, Western Carolina, Mercer, VMI and The Citadel were selected third through 10th, respectively.

ETSU puts forth the maximum nine in each competition, with one alternate reserved for any unforeseen situation that may arise.