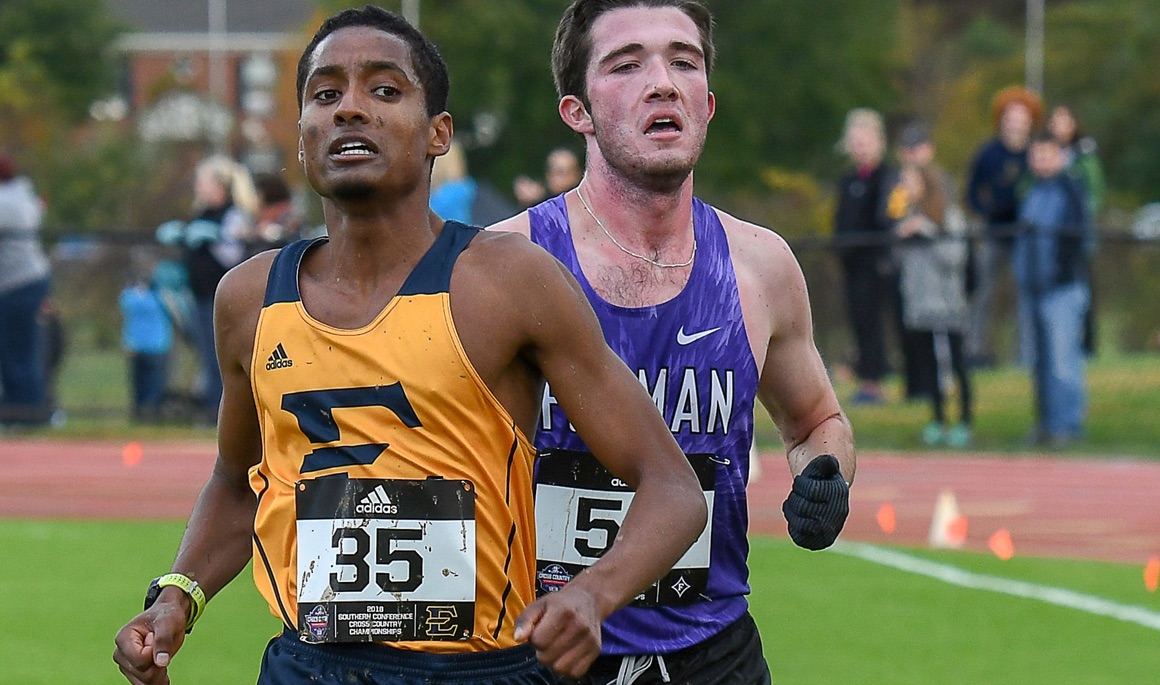 Gemechu paced the Bucs by finishing sixth in the 86-man field by clocking in with a time of 25:48.91 in the 8K run. This marked Gemechu’s second top-10 finish of his collegiate career with his top placement coming last season when he finished fourth at the High Point University Vertcross.

As a team, the Bucs, who did not run their entire team in the season opener, finished fifth in the nine-team field with 98 points. The Blue and Gold were two points shy of fourth-place finisher High Point and eight points away from third-place East Carolina.

Florida State swept both the team and individual titles on the men’s side. Senior Kasey Knevelbaard won the individual championship with a time of 24:58.48, while the Seminoles – who are ranked No. 2 in the South Region – had five runners finish in the top-10 en route to totaling 28 points. Host Appalachian State combined for 49 points to finish runner-up.

On the women’s side, Schwarz, who earned Southern Conference all-freshman honors, paced the Blue and Gold with a time of 20:07.55 en route to finishing 41st overall. Junior Makayla Shaw (Jonesborough, Tenn.) and senior Mia DePillo (Fort Wayne, Ind.) rounded out the top-three for ETSU. Shaw finished in 20:20.24 and DePillo came in four seconds later in 20:24.80. Freshman Lindsay Holliday (Maryville, Tenn.) made her collegiate debut on Friday night and finished 58th in 20:40.79.

“I was mostly pleased with today’s performance,” said head coach George Watts. “We ran conservative races by design and the kids did what we asked of them. We look forward to our next race in two weeks and see what kind of progress can be made.”

The women were slated to run a 5K race but ended up running an extra 200 meters.

ETSU returns to action on Friday, Sept. 13 when the Bucs head to Spartanburg, S.C. for the USC Upstate Eye Opener.