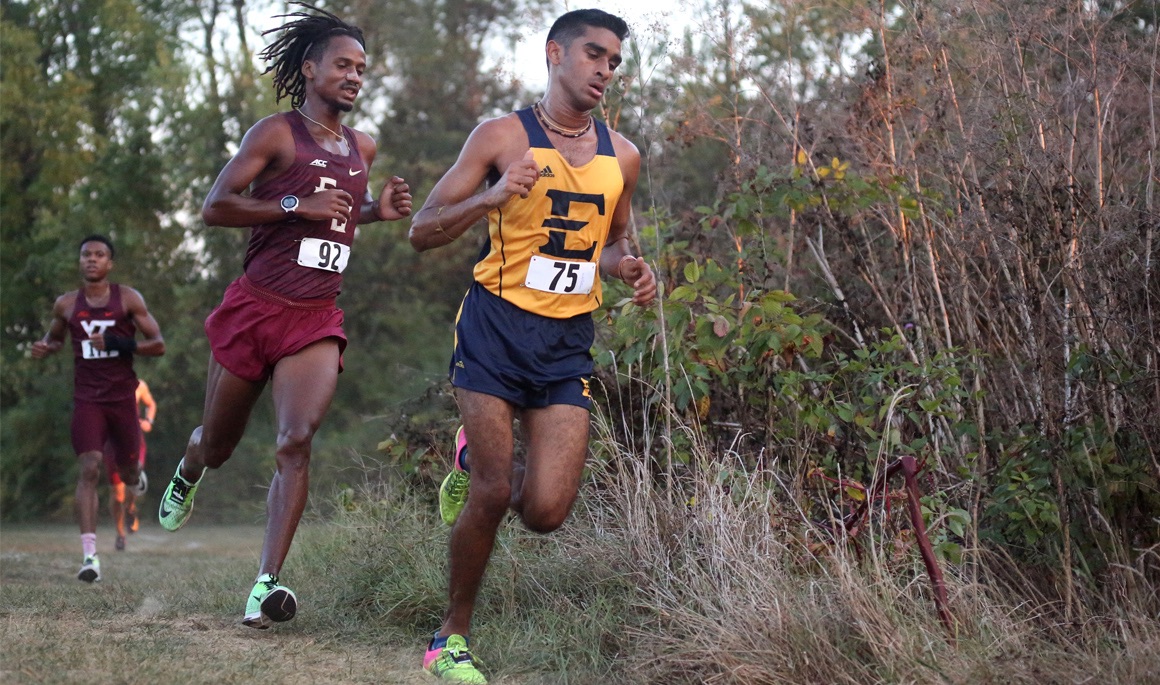 TERRE HAUTE, Ind. (Oct. 19, 2019) -- In the final tune-up before next month’s Southern Conference Championships, the ETSU men’s cross country team faced its most difficult challenge of the season as the Buccaneers competed in the Pre-National Invitational on Saturday from the LaVern Gibson Championship Cross Country Course.

In a field that featured three teams ranked in the top-five and 11 in the top-30, junior Ben Varghese (Kingsport, Tenn.) paced the Blue and Gold. Varghese, who won the individual title back in September at the Virginia Tech Alumni meet, clocked in at 24:54.8 on the 8K course Saturday morning en route to placing 106th in the 266-runner field. Varghese made up 45 spots from where he stood at the 3,000m mark and moved up 18 spots from the 5,000m position.

"We had a rough day against some very strong competition.  I think in the long run something positive can come out of this, said head coach George Watts. "More than anything we need to regroup and get ready for the conference championship. I believe we can still attain our goals we set at the beginning of the season. These guys are fit and now they need to let their minds take over from here. Like the women, if we can everyone clicking on the same day we will be successful."

BYU swept both the team and individual titles at the event.

The second-ranked Cougars were led by sophomore Conner Mantz as he clocked in at 23:20.8, which was two seconds faster than runner-up Amon Kemboi from Campbell.

As a team, BYU edged out No. 3 Colorado by to win the prestigious meet by two points, 81 to 83. Iona, the 21st-ranked team in the country, placed third with 140 points.

ETSU will now turn its attention to hosting the conference championships on Saturday Nov. 2 at  Pine Oaks Golf Club. The women’s race starts at 10 a.m. and the men follow at 10:45. Click here for more information on the meet.