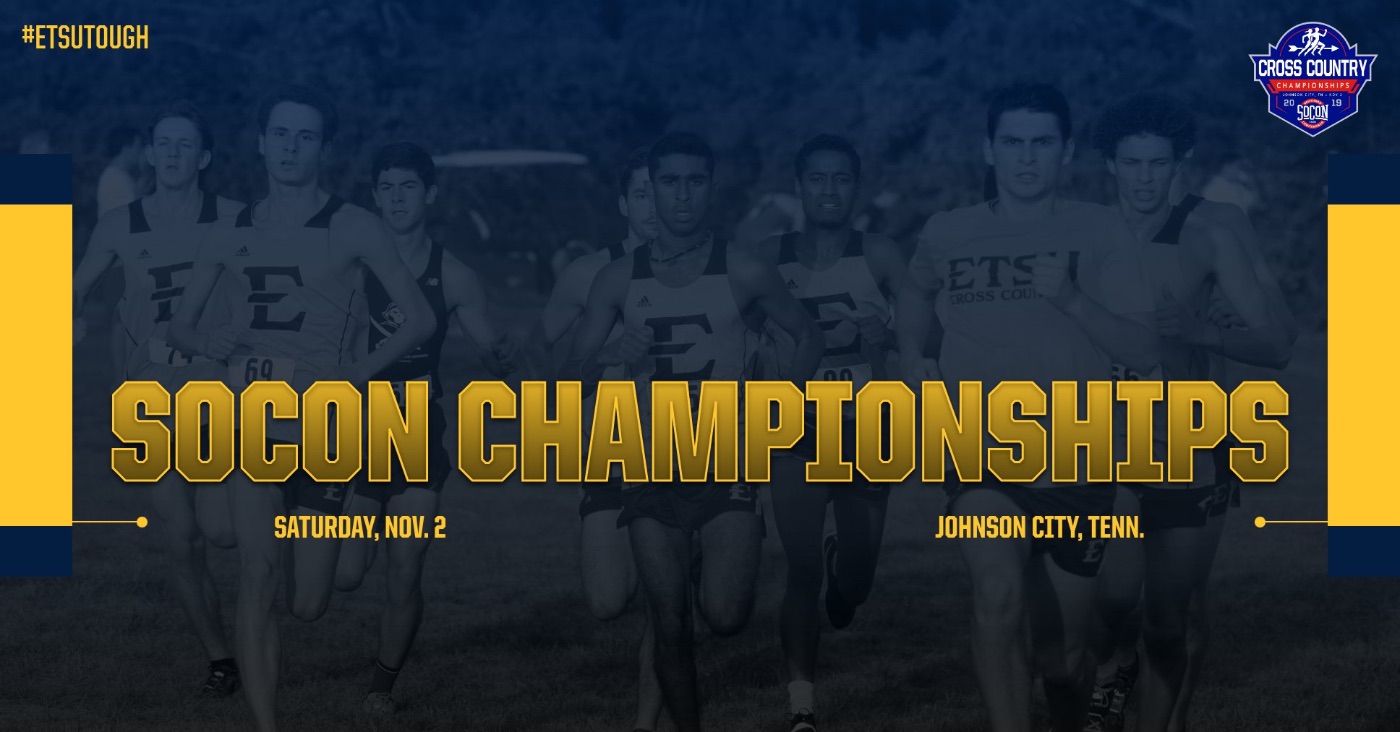 For the first time ever, East Tennessee State University will host the Southern Conference Cross Country Championships as the meet will be held at Pine Oaks Golf Club on Saturday morning. The women will run a 5K beginning at 10 a.m., while the men’s 8K run starts at 10:45 a.m.

“The much anticipated weekend is finally here and both of our teams are very excited about hosting the Southern Conference Cross Country Championships,” said head coach George Watts. “As the old saying goes, “The hay is in the barn.” I feel confident that our runners will have their best effort of the season. There is no pressure, but instead, excitement and positive energy as we get ready to the toe the line on our home course. I'll make no predictions on team place or individual honors. We simply need to run to our ability and the rest will take care of itself.”

In their four races leading up to the conference championship, the Buccaneer men have been led by redshirt junior Malick Gemechu (Johnson City, Tenn.) and junior Ben Varghese (Kingsport, Tenn.).

Gemechu paced the Blue and Gold in the season-opening meet in Boone, N.C., along with guiding ETSU at the Greater Louisville Classic … Varghese won his season debut at the Virginia Tech Alumni Meet, while also leading the Bucs two weeks ago at the Pre-National Meet.

Gemechu boasts the fourth fastest 8K mark recorded in the SoCon this season, while seniorAdam Bradtmueller (Sarasota, Fla.) has clocked the fifth fastest time … Both marks came at the Greater Louisville Classic where Gemechu posted a time of 24:08.70 and Bradtmueller finished in 24:16.

The men are looking to claim their first SoCon championship since winning back-to-back titles in 1995-96 (please note, ETSU did not compete in the SoCon from 2005-13) … The Bucs’ last conference championship came in 2008 when ETSU won the ASUN Championship.

Genevieve Schwarz (Oak Ridge, Tenn.), Kapaya and Makayla Shaw (Jonesborough, Tenn.) have clocked in the three fastest 5K times for the Blue and Gold this  season – all coming at the win in Louisville.

“We expect a nice turnout of alum for the weekend and appreciate their support and effort to return to Johnson City for a special weekend,” said Watts. “I want to thank the city of Johnson City, Brian Bentley, the staff and Advisory Board at Pine Oaks for their willingness and hospitality in allowing us to host our meet on their course. Also, a special thanks to Scott Thompson at University Parkway Baptist Church for opening up the church parking lot and front yard for our spectator parking. And finally a thank you to the parents of our student-athletes for supporting their sons and daughters as they represent our program and university in a first-class fashion.”

Following the conference championship, the Bucs will head to Tallahassee, Fla. for the NCAA South Regional on Friday, Nov. 15.