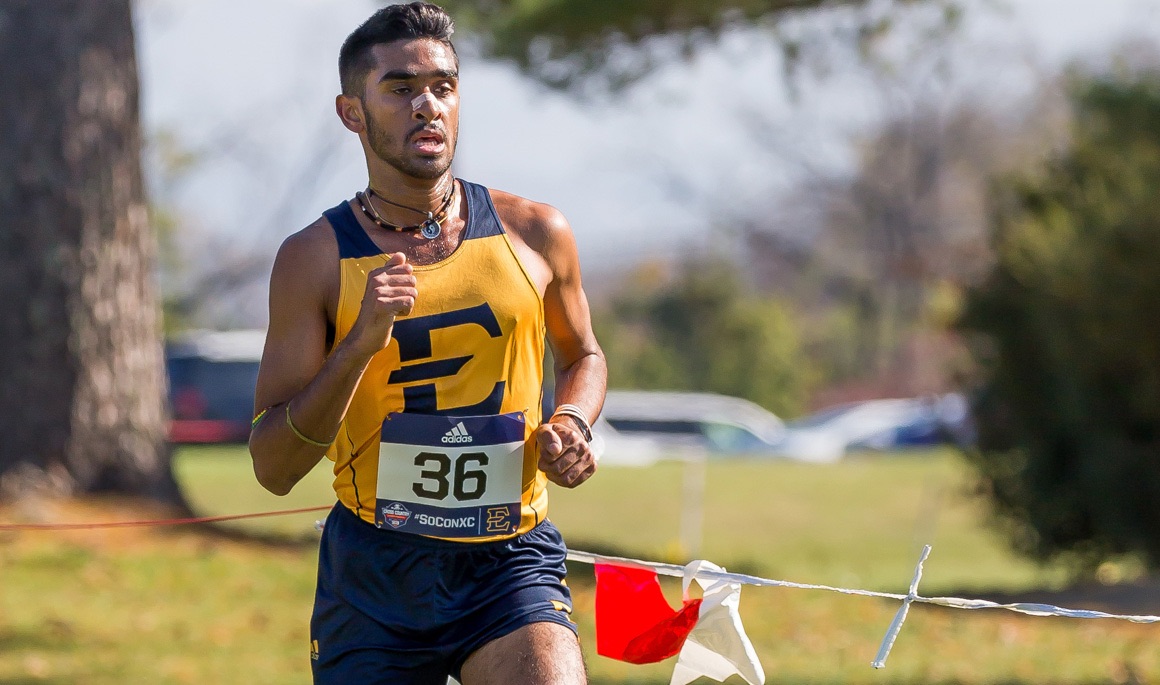 The Buccaneer junior runner earned an automatic spot in the national meet after finishing fifth in Friday’s NCAA South Regional from Apalachee Regional Park in Tallahassee, Fla. Varghese, who posted his 12th career top-five finish, crossed the finish line in 30:12.5 on the 10K course. The Kingsport, Tenn. native earned a spot in the NCAA Championships after securing one of the top four spots from a non-advancing team in 169-runner field.

Varghese was in 21st at the 3000m mark and 19th at the midway point; however, the Buccaneer leader made his move late as he was seventh with 1000m left and needed to pass Lipscomb’s Brent Leber to secure one of the qualifying spots. Varghese closed the gap and finished 14 seconds ahead of Leber – who was the first non-individual qualifier.

"The races this season, with the exception of Virginia Tech, haven’t been what I expected but had to keep trekking on," said Varghese. "I just went out there today with the desire to get back to the national stage again and that’s what I executed. Survive and advance. Live to see another day."

“Ben and Adam (Bradmueller) ran great races and am proud of both of them,” said head coach George Watts. “Obviously, Ben qualifying for the NCAA Championship for the second year in a row is a huge for the program and especially him. He ran as perfect a race as possible, and as a result, did not go to the well today like he did last year."

Alabama claimed the other three individual qualifying spots on Friday as seniors Gilbert Kigen and Vincent Kiprop finished one-two and freshman Noel Rotich came in sixth with a time of 30:21.8. Kigen won the race by the slimmest of margins as he ran the course in 29:49.5 and Kiprop ended in 29:49.9.

Ole Miss and MTSU captured the two team qualifying spots as the 11th-ranked Rebels won by 14 points over No. 15 MTSU, 69 to 83.

“Although we did not place higher than last year, I feel we are a better team,” said Watts. “We are close to really turning a corner and with the majority of the team returning I think we can get there. We were one guy away from potentially finishing sixth. Adam's performance was the best of his career and I'm happy he was able to finish off his college cross country career with two fine performances in the final two meets.  He has two years of track left and he has a chance to run fast.”

On the women’s side junior Heather Feuchtenberger (Elizabethton, Tenn.) led the Blue and Gold as she finished the 6K course in 22:29.9. Sophomore Genevieve Schwarz (Oak Ridge, Tenn.) was the second Buccaneer runner in the clubhouse in 22:34.1.

Host Florida State won the team regional as the 12th-ranked Seminoles finished with 42 points and No. 27 Ole Miss finished runner-up with 100 points.

As a team, the Bucs finished 23rd.

Auburn’s Joyce Kimeli won the individual race with a time of 19:59.5, while Florida’s Jessica Pascoe finished second in 20:14.2 and Georgia’s Jessica Drop capped off the top three in 20:16.7.

“I think the women will benefit from running this year as we go forward,” said Watts. “I think they would’ve benefited from going out a little faster and that was simply a matter of inexperience and lack of confidence… But they will get there.”