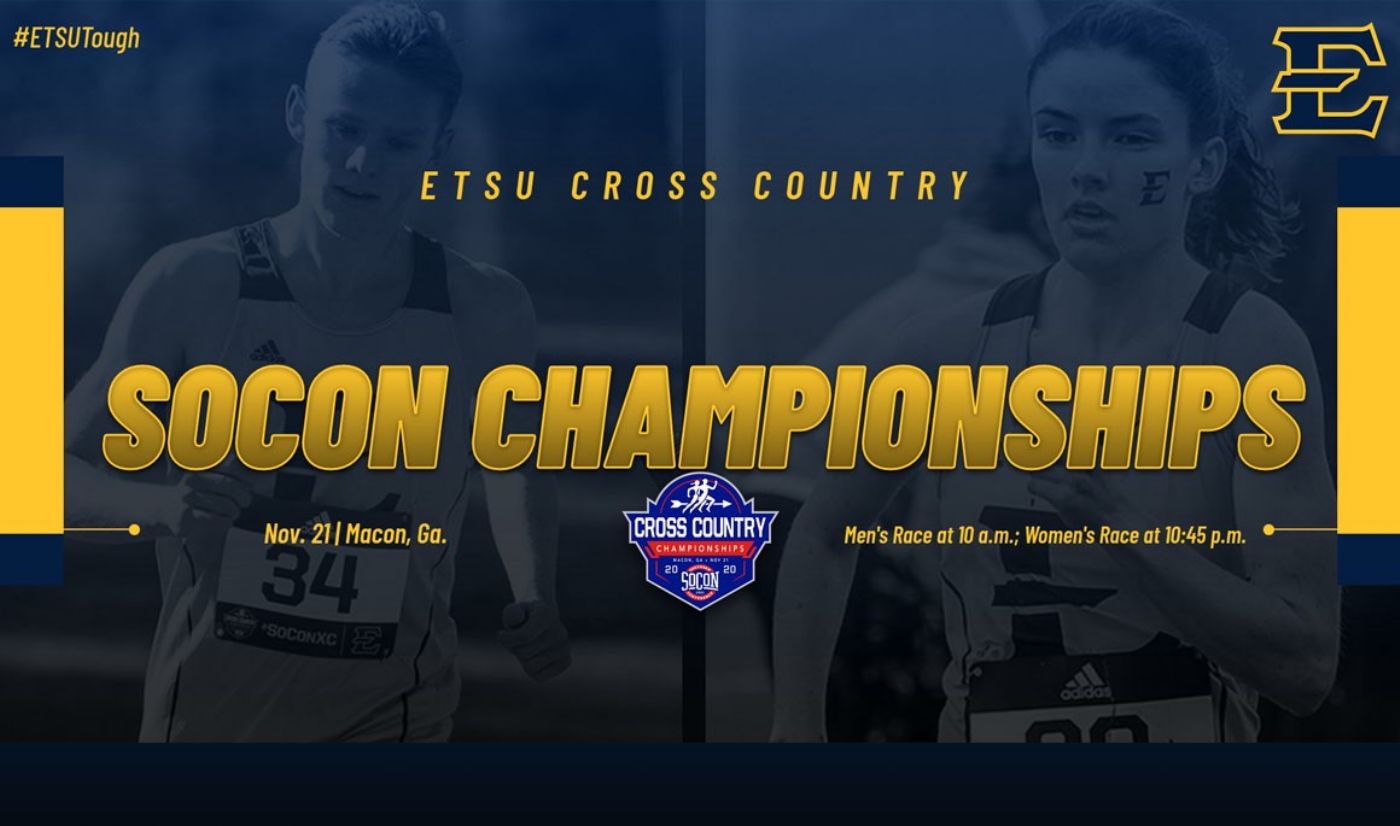 MACON, Ga. (Nov. 20, 2020) – The only Southern Conference Championship to be contested this fall will be held on Saturday, as the ETSU men’s and women’s cross country teams head to Macon, Ga. for the conference meet, which will be run at the Georgia Premier Cross Country Course.

The meet will be held at the Georgia Premier Cross Country Course, located at 3450 Fulton Mill Road, Macon, Ga.

Spectators are permitted to attend the event. Masks or face coverings are mandatory while at the competition site. Spectators will not have access to the participants until the conclusion of the awards ceremony.

Parking is available at the course.

Eight of the conference’s 10 cross country teams competed in at least one meet this season, with only Furman and UNCG yet to compete. All eight teams last competed on Oct. 30, when Mercer, Samford, Chattanooga, and Western Carolina had a preview of the Georgia Premier Cross Country Course at the Mercer Invitational, while Wofford, ETSU and The Citadel competed at the Newberry Invitational in Newberry, South Carolina. That same day, VMI took on the Tom Scott Open Invitational in Charlotte, North Carolina.

The Bucs are coming off a clean sweep of the Newberry Invitational, which was held Oct. 30 … Senior Matt Scarr (Wambersal, NSW, Australia) won his first collegiate race after clocking in at 25:46.42, while the men defeated Anderson by four points, 39-43.

On the women’s side, red-shirt junior Lindsey Stallworth (Knoxville, Tenn.) paced the Blue and Gold as she dominated the field en route to her first collegiate win, clocking in at 17:35.92, which was an entire minute faster than her nearest competitor … It also marked Stallworth’s first collegiate cross country event in 722 days as she missed the entire 2019 season with an injury.

Freshman Kiera Snyder (Clyde, Mich.) had a successful Buccaneer debut as she turned in a fifth-place showing with a mark of 19:26.94 and sophomore Lindsay Holliday (Maryville, Tenn.) placed seventh in 19:43.01.

“Both teams are excited about the Southern Conference Championship on Saturday,” said head coach George Watts. “It's been nine months since any of our athletes have competed in what I believe is the most important meet of any athlete's college career – a conference championship. This group has the privilege of competing in three each year and quite often the Cross Country championship sets the tone for the rest of the year.  I know both teams will compete hard and represent ETSU to the level expected of them.”