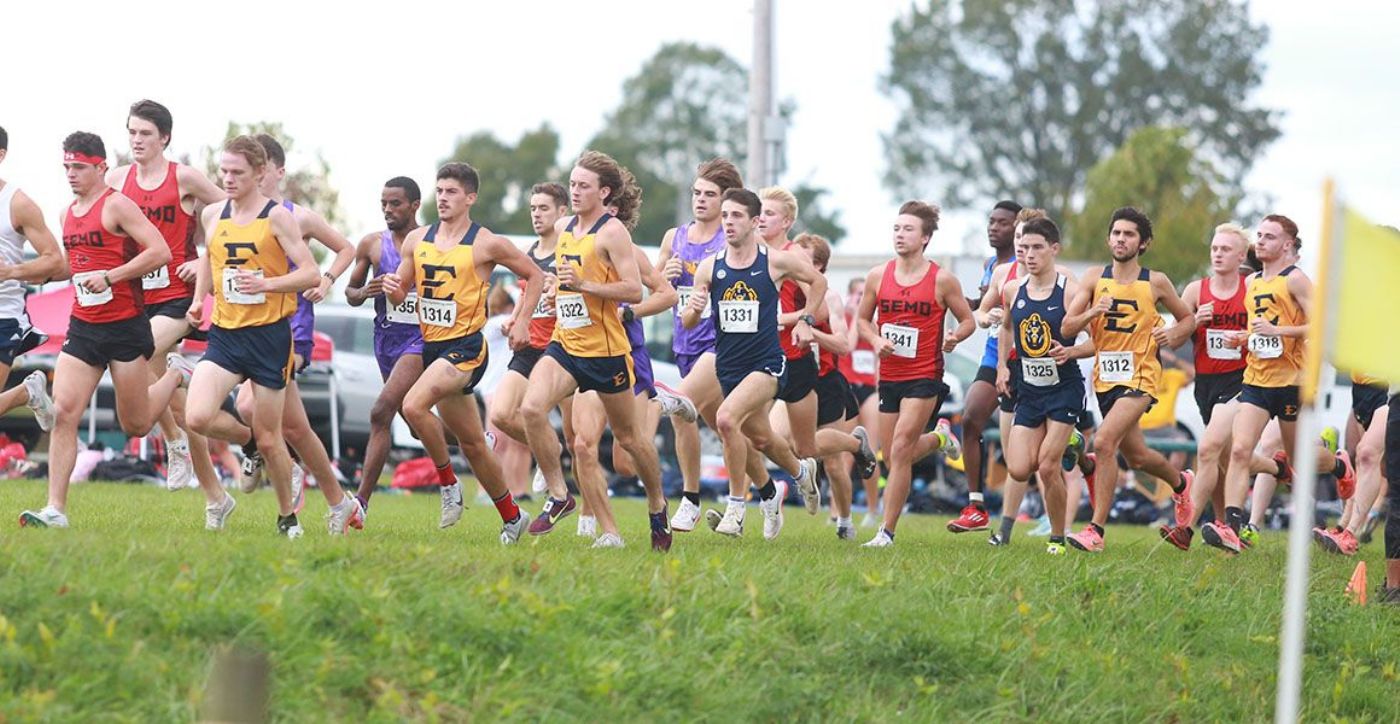 COOKEVILLE, Tenn. (Oct. 15, 2021) – For the first time this season and fourth time in the last five years, the ETSU men’s cross country team won a team title, as the Buccaneers captured gold at Friday’s Golden Eagle Invitational from the Putnam County Sports Complex.

In their final tune up before the Southern Conference Championship, the Bucs saw three runners finish in the top-five and four in the top-10 en route to finishing atop the podium. Overall, the Blue and Gold totaled 26 points, while host Tennessee Tech finished second with 45 and Southeast Missouri State tallied 90 for a third-place spot. Chattanooga (100 points) and Murray State (101 points) rounded out the top five.

For the fourth time this season, Matt Scarr (Wambersal, NSW, Australia) paced the Bucs as he was the top collegiate runner to cross the line, finishing the 8K course in 25:25, while Myles Stoots (Mobile, Ala.) and Evan Guzman (Franklin, Tenn.) registered their best collegiate finishes. Stoots placed fourth in 25:39.5, while Guzman – who made his collegiate debut – was right behind his teammate in fifth (25:43).

Gavin Cooper (LaFollette, Tenn.) gave the Blue and Gold a top-10 performance as he crossed the tape in ninth with a mark of 26:02.2. Friday was Cooper’s second collegiate top-10 finish. Meanwhile, Seth Bowden (Maryville, Tenn.) and Josh Krafsur (Fort Collins, Colo.) just missed the top-10 as they ended in 11th and 12th, respectively.

The overall individual runner who finished in first was unattached as he crossed the line in 25:02.

The Bucs now turn their full attention to the SoCon Championship, which will be held on Saturday, Oct. 30 in Lexington, Va.