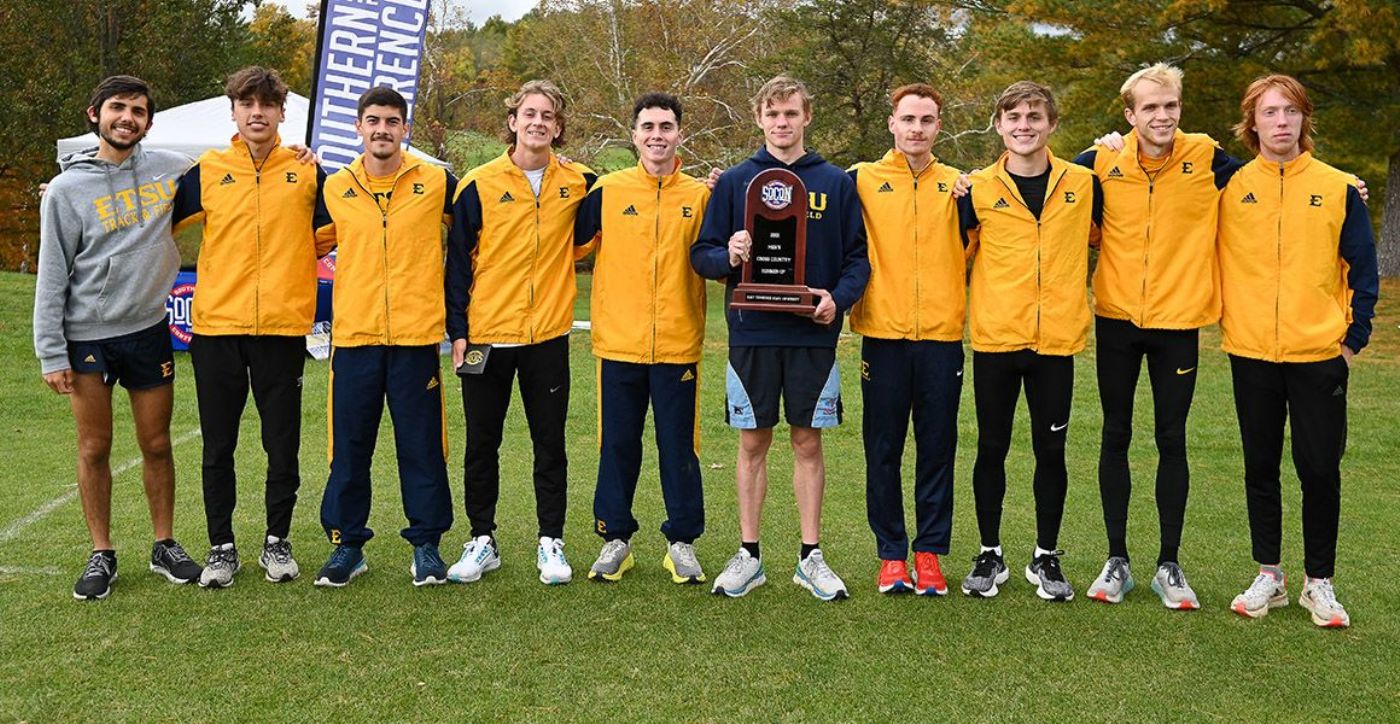 LEXINGTON, Va. (Oct. 30, 2021) – The ETSU men’s cross country team had three runners finish in the top 11 and five in the top 20 as the Buccaneers finished runner-up at the Southern Conference Championship on Saturday from the Lexington Golf and Country Club.

Running in his second collegiate meet, Evan Guzman (Franklin, Tenn.) paced the Blue and Gold as he finished ninth in 25:52.2. Guzman climbed 20 spots from the first 1K mark check in to the finish line, while he was 22nd at the midway point of the race before making his move in the final stages of the race.

Overall, ETSU went 9, 10, 11 as Matt Scarr (Wambersal, NSW, Australia) – who led the Bucs in all four regular season races – clocked in at 25:54.9 and Myles Stoots (Mobile, Ala.) was right behind in 25:56.7. Saturday marked Scarr’s second straight top 10 finish at the conference meet, while Stoots has finished in the top 20 in his first two SoCon Championships races.

The Paladins, who are ranked No. 16 in the country, won the team event with 15 points, with ETSU totaling 64 and Mercer finishing third with 122.

ETSU heads to Alabama for the NCAA South Regional, which will be held Friday, Nov. 12.