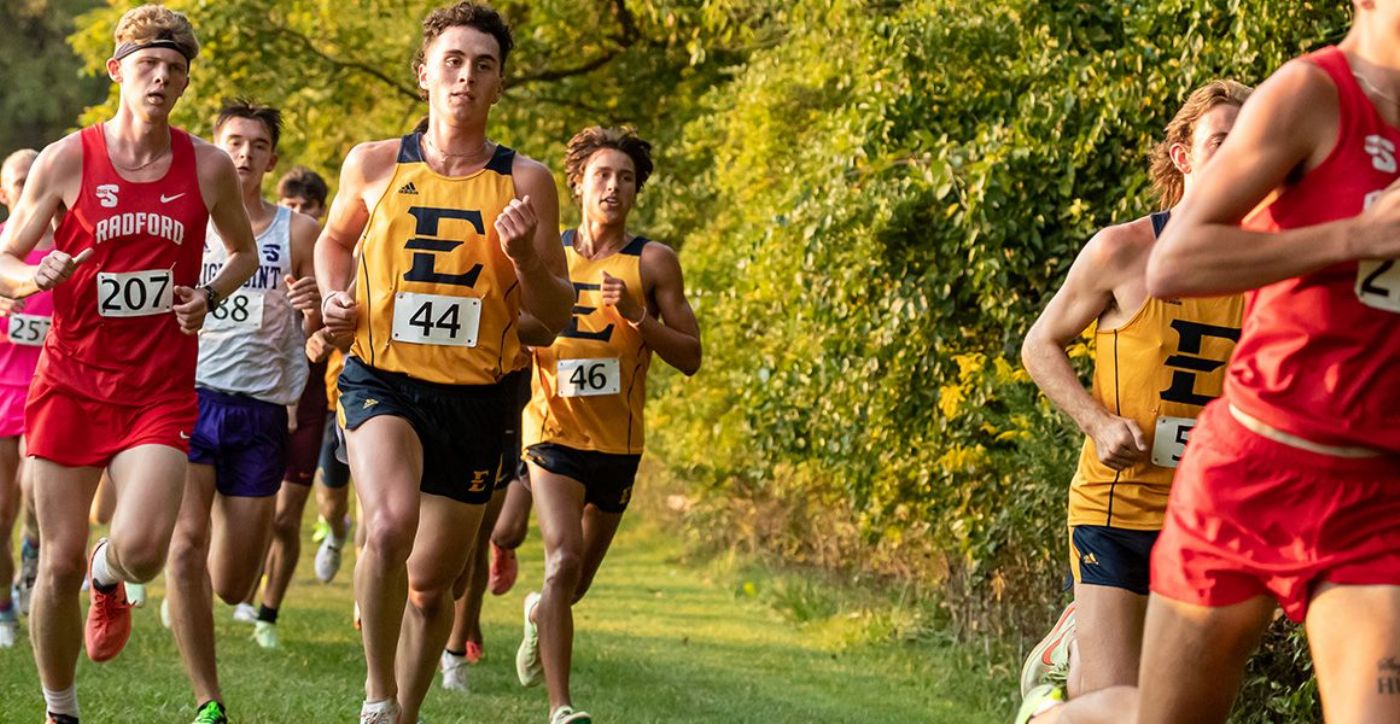 Evan Guzman (Franklin, Tenn.) led the Blue and Gold as he finished fifth overall (third collegiate runner) with a personal best 8K time of 25:04.1. For the second straight meet, Guzman posted a top-five finish as he placed fourth two weeks ago at the Eye Opener Cross Country Festival in Spartanburg.

Joining Guzman in the top-10 was Josh Krafsur (Fort Collins, Colo.) as he made a late surge to place seventh (fifth collegiate runner) with a mark of 25:11, resulting in a personal best time and finish. Krafsur followed up his eighth-place mark in Spartanburg with another top collegiate finish on Friday in Blacksburg.

With the five Buccaneer runners in the top-16, ETSU finished runner-up with 48 points, placing behind Liberty. The Flames swept both titles as they totaled 30 points and were led by Nicholas Kiprotich’s time of 24:11. The Bucs finished ahead of host Virginia Tech by two points, while High Point placed fourth (103 points) and Augusta rounded out the top five teams with 127 points.

The other ETSU countable scores came from Brayden Hamblen (Rock Falls, Ill.), Myles Stoots (Mobile, Ala.) and William Hartig (Radford, Va.). Hamblen turned in a time of 25:23 for a 13th-place finish, Stoots placed 16th (25:27.7) and Hartig ended in 19th (top 16th collegiate runner) with a mark of 25:34.2. Hartig enjoyed his homecoming as he set a personal best time on the 8K course.

The Bucs are back in action on Saturday, Oct. 1 when ETSU competes in the Live in Lou Cross Country Classic.