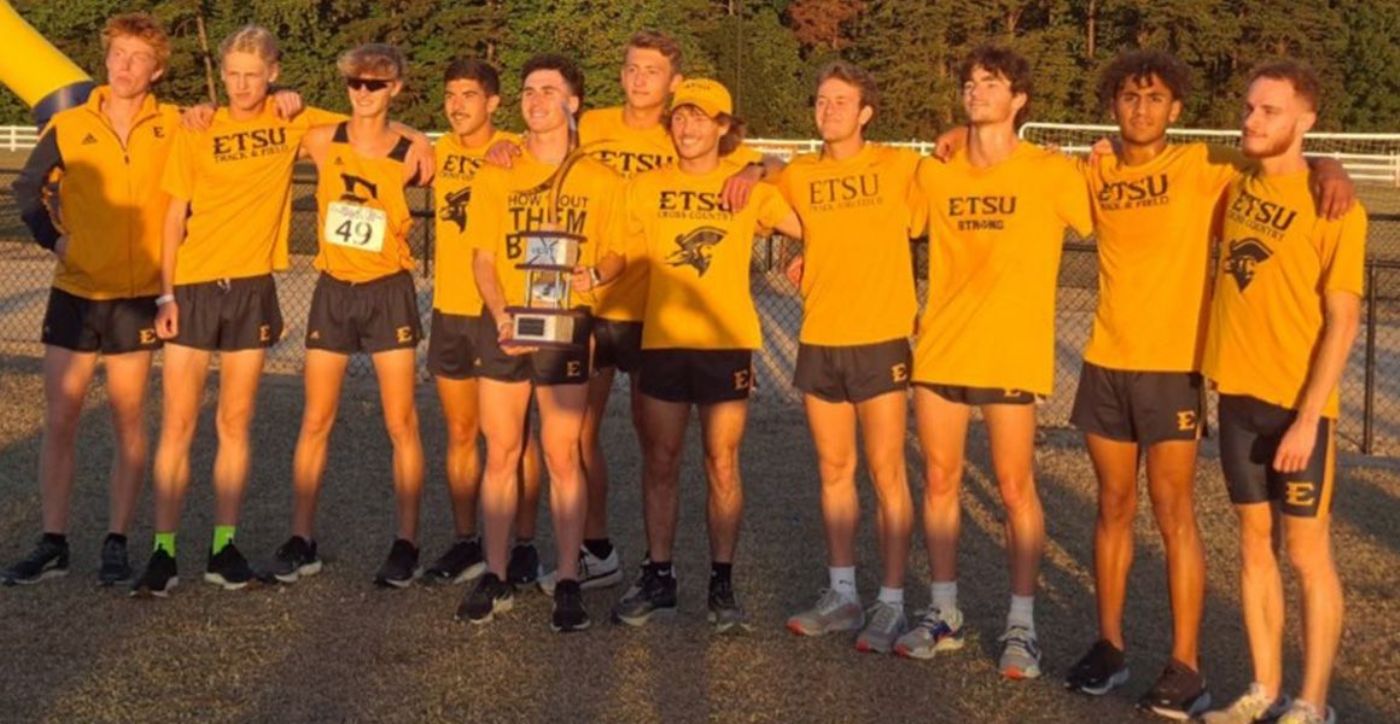 Guzman led the 88-runner field with a time of 24:28.0, while ETSU’s top five runners all finished in the top-12 as the Blue and Gold totaled 26 points en route to defeating host High Point by 19 points and Davidson by 36.

This marked ETSU’s third straight season with a team win and the fifth time in the last six seasons the Bucs have won gold. ETSU also won this race in 2018.

Guzman, who has paced the Bucs in all four events this fall, led the race from nearly the midway point until the finish. The Franklin, Tenn. native was fourth early on and dropped to sixth at the 2.5K mark; however, he jumped four spots into first at the 4.4K check point and never looked back to capture the win.

Josh Krafsur (Fort Collins, Colo.) was the second collegiate runner to cross the tape as he placed fourth overall with a time of 24:41.1. Krafsur jumped out to the early lead and dipped to seventh at the 5.3K mark, before turning it back up a notch down the stretch, posting his best collegiate finish and a setting a new PR on an 8K course.

Myles Stoots (Mobile, Ala.) was right behind Krafsur as he ended in sixth with a mark of 24:55, while Nate Hillis (Knoxville, Tenn.) and Gavin Cooper (LaFollette, Tenn.) capped off the Buccaneer scoring, placing 11th and 12th, respectively. Hillis posted a time of 25:25.5 and Cooper clocked in at 25:28.0.

The Bucs now turn their attention to the SoCon Championship, which will be held Sunday, Oct. 30 at Johns Island County Park in Johns Island, S.C.