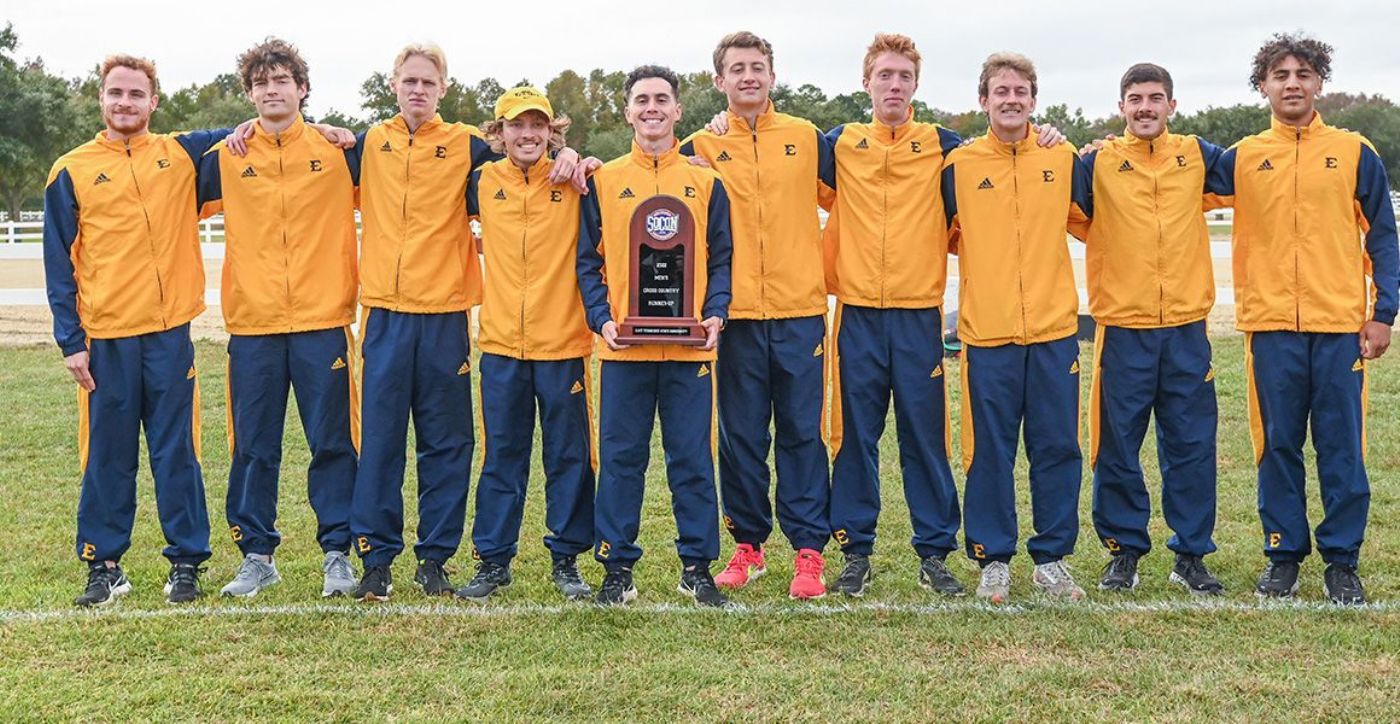 Guzman matches best finish by a Buccaneer since 2018; Watts named Coach of the Year

Guzman, who matched the best finish by a Buccaneer runner at the conference meet since 2018, ran his second-fastest 8K time as he clocked in at 24:05.5. The Buccaneer leader registered his fourth top-five finish this season and improved on his ninth-place showing at last year’s championship. The last ETSU runner to finish runner-up at the SoCon Championship was Ben Varghese (Kingsport, Tenn.).

Guzman was eighth at the 3K mark with a time of 8:50.2 and moved up three spots at the 5K checkpoint (14:59.2). The Franklin, Tenn. native finished the final stretch in 9:06.3 to jump three spots, finishing behind Furman’s Dylan Schubert who won the individual championship with a time of 23:41.5.

Joining Guzman in the top-10 was senior Gavin Cooper (LaFollette, Tenn.) as he placed ninth – his best finish at the conference championship – with a time of 24:36.0. Cooper was 14th at the 3K checkpoint and 13th at the 5K point, and passed four runners down the stretch to finish in the top 10.

At the post-race ceremony, George Watts was named SoCon Coach of the Year. Guzman earned first team all-SoCon honors, while Cooper, Stoots and Krafsur landed spots on the second team and Hillis and Xian Campbell (Chattanooga, Tenn.) were named to the all-freshman team.

The Bucs will gear up for the NCAA South Regional which is scheduled for Friday, Nov. 11 in Huntsville, Ala.