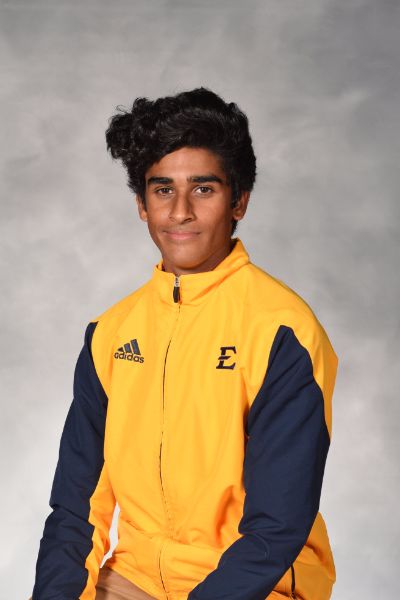 Cross Country 2017-18: Ran in Bucs' final five meets of season as a freshman, and was ETSU's top finisher in all five ... earned spots on the All-Southern Conference 2nd Team and the SoCon All-Freshman Team ... finished 5th in his first career collegiate race, the Virginia Tech Alumni Invitational in Blacksburg, Va. on September 15, covering the 8K in 25:05.3 ... claimed 3rd-place finishes in back-to-back races -- the USC Upstate Invitational in Spartanburg, S.C. on September 30, and the HPU VertCross Invitational in Kernersville, N.C. on October 13 ... 9th in the scoring -- and second-best among freshmen -- at the SoCon Championships in Spartanburg, with season-best 8K time of 24:33.5 ... 18th in the scoring in the NCAA South Regional meet in Tuscaloosa, Ala. on November 10, covering the 10K course in 31:29.3.

Prior to ETSU: Graduated from Daniel Boone High School in May 2017, where he ran for both cross country and track and field teams as a distance performer ... appeared in the 2014 Nike Cross Nationals (NXN) and was part of the 2014 TSSAA State Championship team.

Personal: Born on March 24, 1999 ... from Kingsport, Tennessee … son of Susan and Varghese P. Varghese ... cites former high school teammate and current ETSU athlete Josh Routh, as well as head coach George Watts, as reasons why he chose ETSU ... suffered a severe leg injury in a lawnmower accident when he was four years old ... major is undecided.