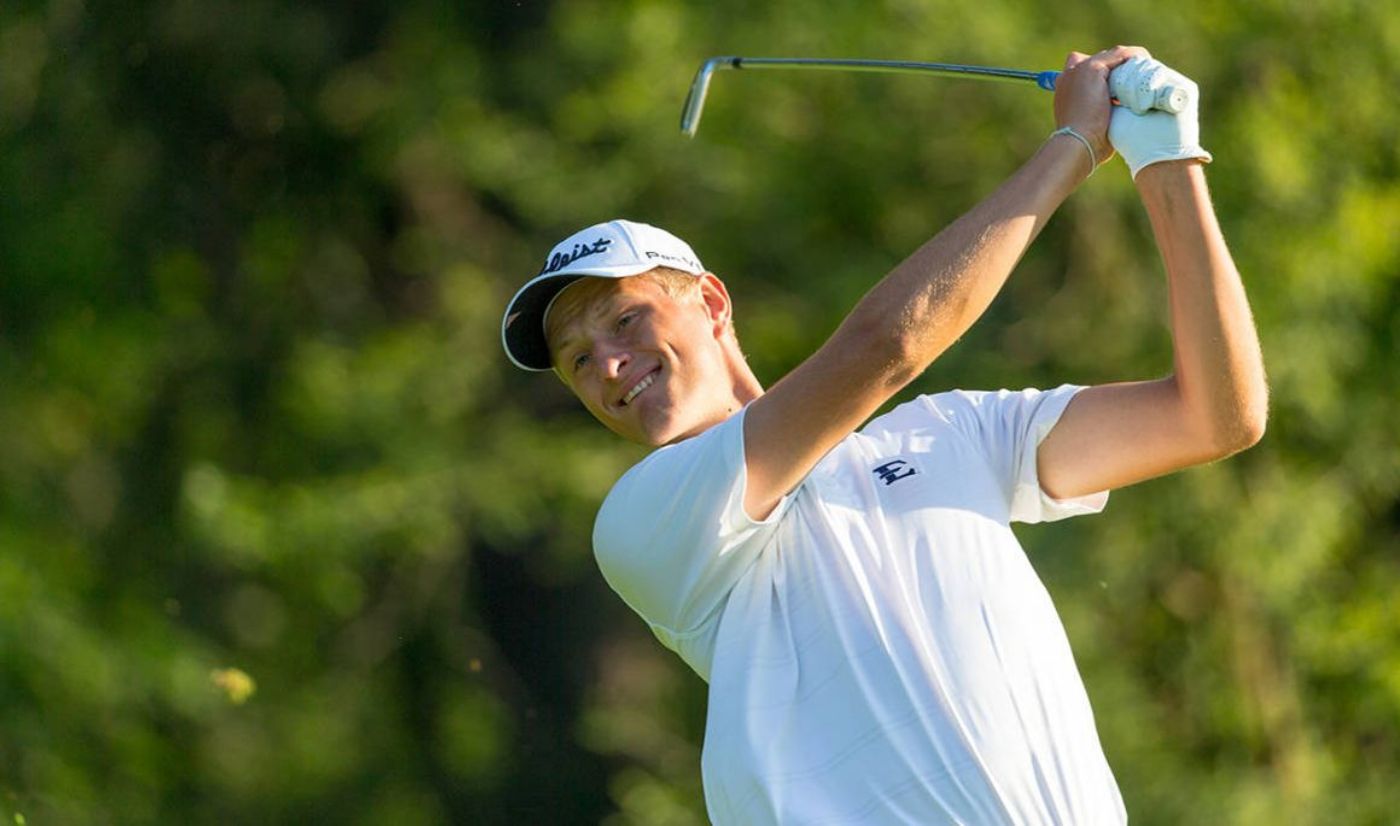 SAN DIEGO, Calif. (June 16, 2021) – The time has come. Adrian Meronk will officially make his U.S. Open debut as well as his major debut on Thursday morning at Torrey Pines as the former ETSU standout will tee off at 11:35 a.m. (EST) in San Diego, Calif.

NAIRN, SCOTLAND (June 15, 2021) -- ETSU’s Archie Davies (Carlisle, England) advanced into match play at the 126th Amateur Championship as the stroke play portion of the tournament concluded on Tuesday from The Nairn Golf Club in Scotland.

LA JOLLA, Calif. (June 8, 2021) – For the first time in his professional career, former ETSU Men’s Golfer Adrian Meronk will compete in a major championship on the PGA Tour. Meronk will take part in the 121st edition of the U.S. Open at Torrey Pines in La Jolla, Calif. from June 17-20 and is the first Poland native to compete in the historic event.

JOHNSON CITY, Tenn. (June 1, 2021) – Continuing a trend of success both in and out of the classroom, the ETSU Athletic Department is proud to announce its student-athletes generated a cumulative grade point average of 3.165 during the spring semester.

SCOTTSDALE, Ariz. (May 30, 2021) – It was a season to remember for the ETSU Men’s Golf team. The Bucs had to battle through the COVID pandemic and the uncertainty of being able to play each week. However, that did not hinder the Blue & Gold from reaching milestones that had not been achieved in quite some time. The Bucs claimed their 21st Southern Conference Championship before winning the Cle Elum Regional for the program’s first NCAA Regional win since 2001. ETSU then made the trip to Scottsdale, Ariz. to compete in the NCAA Championship for the first time as a team since the 2008 season. Unfortunately for the Bucs, the season ended in the third round of stroke play at the Grayhawk Golf Club as ETSU finished 28th in the field of 30 after a tournament score of 53-over-par (893). The Bucs capped off their final round of action with a 22-over-par (302) performance.