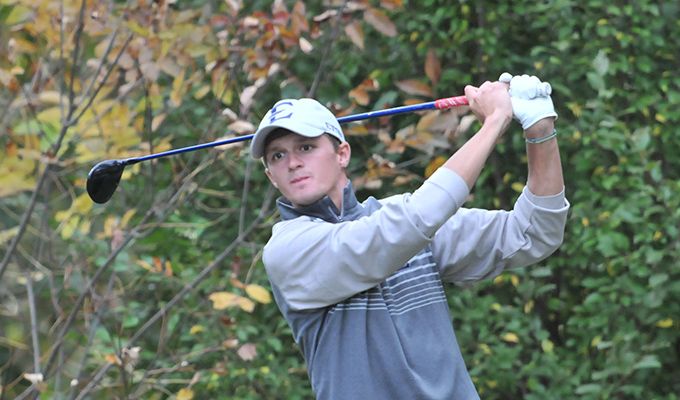 Gradecki defeats Kristjansson in second round, falls in round three

Gradecki needed 18 holes to defeat Kristjansson, 1-up. Kristjansson stormed out of the gates early as he was 2-up thru seven, but Gradecki zoned in during the middle of the round and grabbed momentum. Gradecki’s run started with a par on the par-3 No. 8, resulting in a stretch where the Buccaneer claimed four of the next five holes to go ahead by two. Kristjansson pulled within one with a birdie on the par-5 14th and won No. 17 with a par, extending the match to the 18th hole. Despite Gradecki leaving the door open with a bogey on the final hole, Kristjansson couldn’t take advantage and the Polish amateur secured the win.

However, after returning to the course following his win over Kristjansson, Gradecki wasn’t able to maintain his three-hole lead and lost to Towndrow by one. Unlike his match earlier in the day, Gradecki started strong as he won the opening hole, registered birdies on No. 3 and 5 and went 3-up after a par on No. 7. Unfortunately, Gradecki gave one back on the following hole, and Towndrow made it all-square after posting birdies on No. 10 and 12. The Polish standout regained the lead when Towndrow bogeyed the par-3 13th, but the Englishman birdied the par-4 15th and parred the par-3 16th to go ahead for the remainder of the match.

Towndrow advanced to the quarterfinals and faces Scotland’s Jack McDonald on Friday.

The Amateur Champion earns a spot in the 2015 Open Championship at St. Andrews and the 2016 U.S. Open at Oakmont Country Club in Pennsylvania. Traditionally, an invitation is also extended to the winner to play in the Masters.