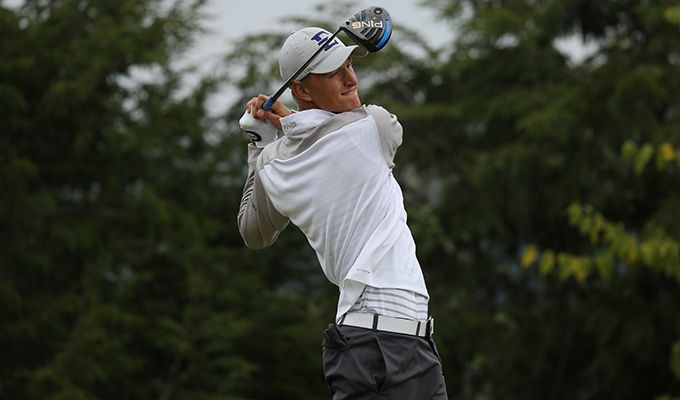 Meronk, who also earned All-American honors by Golfweek, led ETSU in 10 of its 13 tournament this past season, while registering a stroke average of 70.65. The Palmer Cup selection was also named Southern Conference Player of the Year and PING All-Region. In addition, Meronk was named SoCon Golfer of the Month in April and Golfer of the Week on April. 8.

This past season, Meronk totaled nine top-10 finishes, including three medalist honors. The Wroclaw, Poland native won his first collegiate event at the Inverness Intercollegiate (Sept. 22-23), while earning co-medalist honors at the Wolfpack Intercollegiate (Oct. 6-7) and the SoCon Championship (April 19-21). Overall, Meronk registered 12 rounds in the 60s and 29 rounds of par or better. The Buccaneers used Meronk’s score in 36 of his total 37 rounds, while he tied his lowest collegiate single-round with a 66 at the Warrior Princeville Invitational.

Meronk was ranked as high as 14th this season, while cracking the top-50 of the World Amateur Golf Rankings. He finished the season ranked 28th by Golfstat.

For more information on Buccaneer men's golf, visit ETSUBucs.com and click on the men's golf page.