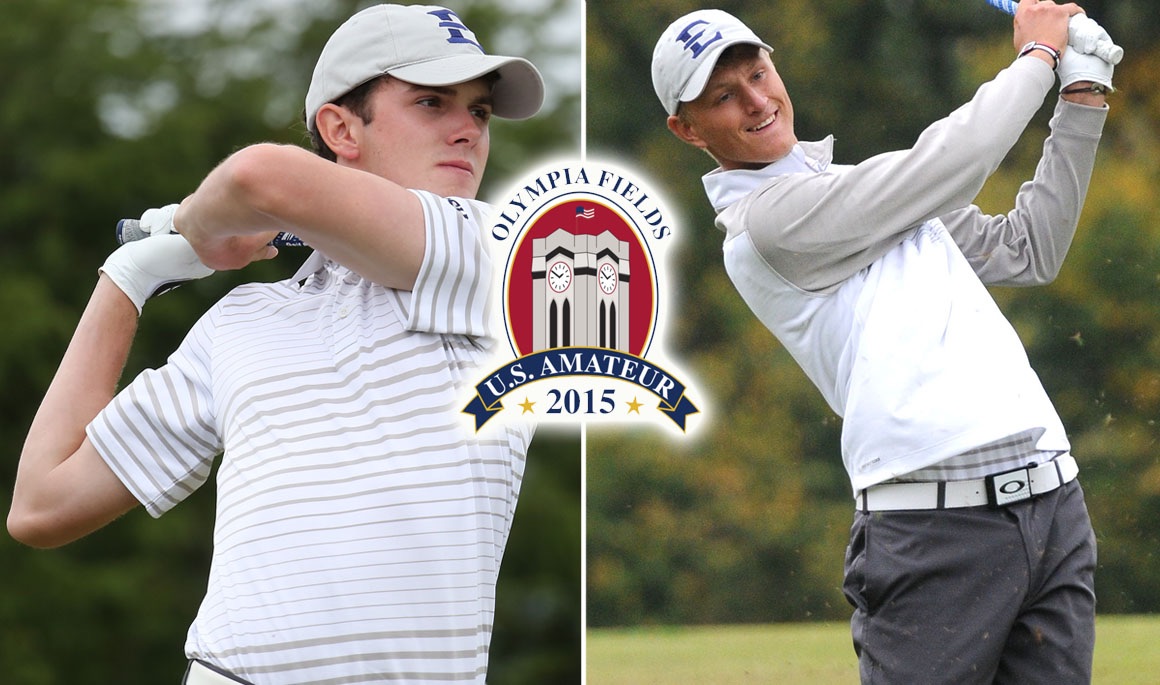 The U.S. Amateur, the oldest golf championship in the country, is being contested for the first time at Olympia Fields, where the North and South Courses will be used for 36 holes of stroke-play qualifying on Monday and Tuesday, Aug, 17-18, with the North Course hosting the six rounds of match play that will determine the champion.

A total of 312 players will begin play on Monday, with the field being narrowed to 64 players for the match-play bracket, starting on Wednesday, Aug. 19. The championship will conclude with a 36-hole final on Sunday, Aug. 23. Live coverage will be available on usga.org and Fox Sports beginning on Aug. 19.

Meronk, who is coming off a stellar junior season, is scheduled to tee off Monday morning at 8:10 a.m. (EDT) on the South Course. The reigning Southern Conference Player of the Year is paired with Robbie Ziegler (USA) and Sydney Chung (USA). In addition, Meronk also garnered All-American honors from PING and Golfweek, while also being selected to the PING All-Region Team and participated in the 2015 Palmer Cup. Meronk also picked up First Team All-Southern Conference honors and was one of five Buccaneers to be named an All-America Scholar this past season. Meronk enters the tournament ranked 39th in the World Amateur Golf Rankings.

Meanwhile, Hickman – another First Team All-SoCon selection – also goes out on the South Course as he tees off from No. 10 at 9:50 a.m. (EDT). The Centreville, Md. native is grouped with Cheng Jin (China) and Carter Jenkins (USA). Jin is ranked 42nd in the World Amateur Rankings and Jenkins – the 2014 SoCon Freshman of the Year – is 78th.

Like Meronk, Hickman was also named an All-American Scholar this past year, while he posted a pair of top-5 finishes for the Blue and Gold in 2014-15. Overall, Hickman recorded a 73.39 scoring average, while totaling 11 rounds of par or better and three in the 60s.

A field of 312 players will play 18 holes of stroke play on Aug. 17 and 18, one round on each of the two qualifying courses, after which the field will be cut to the low 64 scorers for match play.

Here is the full tournament schedule:

Among the benefits enjoyed by the U.S. Amateur champion are:

2)  An exemption from local and sectional qualifying for the next U.S. Open

3)  An exemption from qualifying for the next 10 U.S. Amateurs

4)  An exemption from qualifying for the next British Open Championship

5)  A likely invitation to the next Masters Tournament

ABOUT THE U.S. AMATEUR CHAMPIONSHP (Courtesy of USGA.org)

Throughout its history, the U.S. Amateur has been the most coveted of all amateur titles. Many of the great names of professional golf, such as Arnold Palmer, Jack Nicklaus, Gene Littler, Lanny Wadkins, Craig Stadler, Jerry Pate, Mark O'Meara, Hal Sutton, Matt Kuchar, Phil Mickelson and Tiger Woods, grace the Havemeyer Trophy.

It was, however, legendary amateur Robert T. Jones Jr. who first attracted national media coverage and sparked spectator attendance at the U.S. Amateur. Jones captured the championship five times (1924, 1925, 1927, 1928 and 1930). His 1930 victory was a landmark moment in golf history when, at Merion Cricket Club in Ardmore, Pa., Jones completed the Grand Slam, winning the four major American and British championships in one year.

In 1996, Woods attracted similar interest and enthusiasm at Pumpkin Ridge Golf Club in North Plains, Ore., where he won a record third straight U.S. Amateur, having registered 18 consecutive match-play victories. In 1994, Woods, at 18, had first entered the record book as the youngest ever to win the U.S. Amateur, following his three consecutive Junior Amateur titles (1991-1993). That record for youngest champion has since been broken twice, first by 17-year-old Danny Lee in 2008 at Pinehurst No. 2 in the Village of Pinehurst, N.C., and then in 2009, when 17-year-old Byeong-Hun An won at Southern Hills Country Club in Tulsa, Okla., with a 7-and-5 victory over Ben Martin of Greenwood, S.C.

For complete coverage and live scoring of the 2015 U.S. Amateur Championship, visit http://www.usga.org/championships/2015/u-s--amateur.html.

Visit ETSUBucs.com for recaps of each round for Meronk and Hickman.