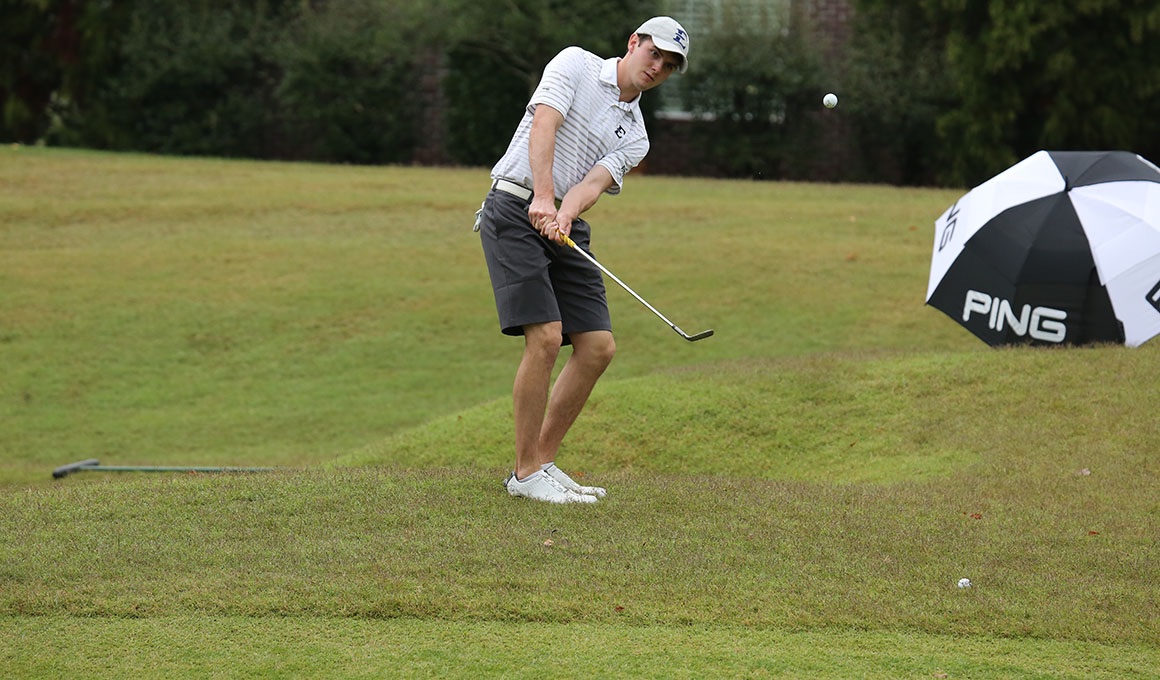 A LOOK BACK AT LAST SEASON

The Bucs, who return five golfers with NCAA Division I experience, won three tournaments in 2014-15. ETSU captured a win in its season opener a year ago as the Blue and Gold claimed the Inverness Intercollegiate title, while also earning wins at The Greenbrier Collegiate Invitational and the Southern Conference Championship.

Following their 23rd conference championship in program history, the Bucs advanced to the NCAA Regional for the 24th time in school history. Despite a seventh-place finish in the regional, senior Gudmundur Kristjansson (Reykjavik, Iceland, Iceland) – who earned a pair of medalist honors last year – secured a spot in the NCAA Championship.

Along with its three tournament wins, individually, ETSU saw the Bucs bring home SoCon Player of the Year honors, while also landing two golfers on the all-conference list, an All-Freshman Team member, an All-American and one Palmer Cup selection.

Senior Adrian Meronk (Wroclaw, Poland) looks to build on his decorated 2014-15 campaign where he landed All-American honors by PING and Golfweek, SoCon Player of the Year honors, made his first-ever Palmer Cup appearance and placed first at three events (Inverness Intercollegiate, Wolfpack Intercollegiate and SoCon Championship). Meronk, who ranked as high as 14th last season, played in all 13 tournaments for the Bucs and recorded nine top 10 finishes in 2014-15.

As a team, ETSU registered eight top five finishes and cracked the top 25 during the season.

This weekend marks the 11th annual Gopher Invitational, while marking the third playing of the event at Windsong Farm Golf Club.

Thirty-six of the 54 holes will be contested on Sunday, while the final round will be played on Monday. Round one begins at 8:30 a.m. EDT.

Baylor returns to defend its team title, while Victor Wiggins (Charlotte) – who won the 2014 Gopher Invitational – is also in this year’s field.

This marks the first time ETSU will play in the Gopher Invitational.

The strong field of 15 teams includes nine teams ranked in the top-50 from last season. In addition, three teams (SMU, Oklahoma, Charlotte) appeared in the 2015 NCAA Championships, while 11 teams played in a NCAA Regional last season.

The Bucs are paired with New Mexico and Michigan State and tee off from the first tee box at 8:30 a.m. EDT.

Live scoring of the Gopher Invitational is available via Golfstat.

A recap from each day will be available on ETSUBucs.com.