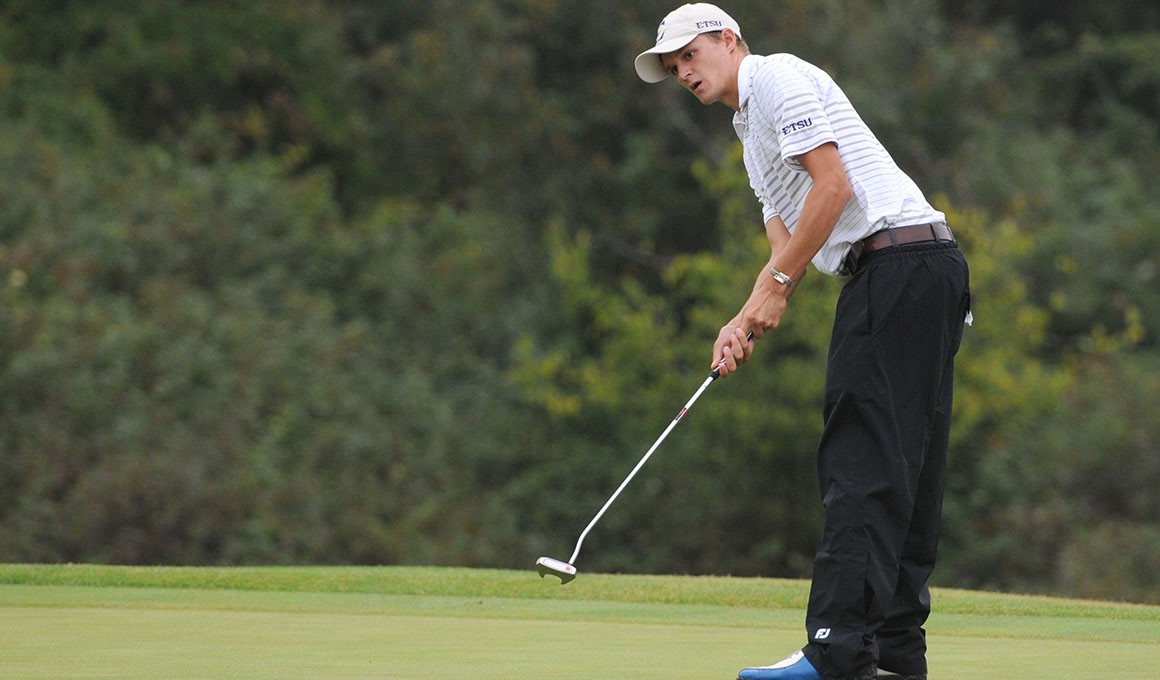 Following his opening round 77, Gradecki recorded back-to-back 72s to finish 8-over-par 221, while Meronk – who led the Blue and Gold in the first two rounds on Sunday – dipped nine spots down the leaderboard after posting a 6-over-par 77 in Monday’s final round.

As a team, the Blue and Gold finished tied for seventh with Big Ten foe Michigan State in their season opener. ETSU ended with a three-round score of 890 (293-298-299).

Oklahoma swept both the team and individual titles as the 18th-ranked Sooners had three golfers finish in the top 10. The Sooners won the tournament by 21 strokes over No. 23 California as Oklahoma finished 2-over-par 854 (288-284-282). Individually, teammates Max McGreevy and Luke Kwon placed one-two as McGreevy carded a 5-under 66 on Monday to leap Kwon for individual medalist honors. McGreevy defeated Kwon by three shots as he finished the tournament at 7-under-par 209.

McGreevy and Kwon were the only two golfers to finish with a 54-hole score below par as Baylor’s Andreas Gjesteby and Iowa State’s Nick Voke finished tied for third at 2-over-par 215.

The Bucs return to action next week when ETSU defends its title at the Inverness Intercollegiate Invitational. The 54-hole, two-day tournament begins Monday, Sept. 21 in Toledo, Ohio.