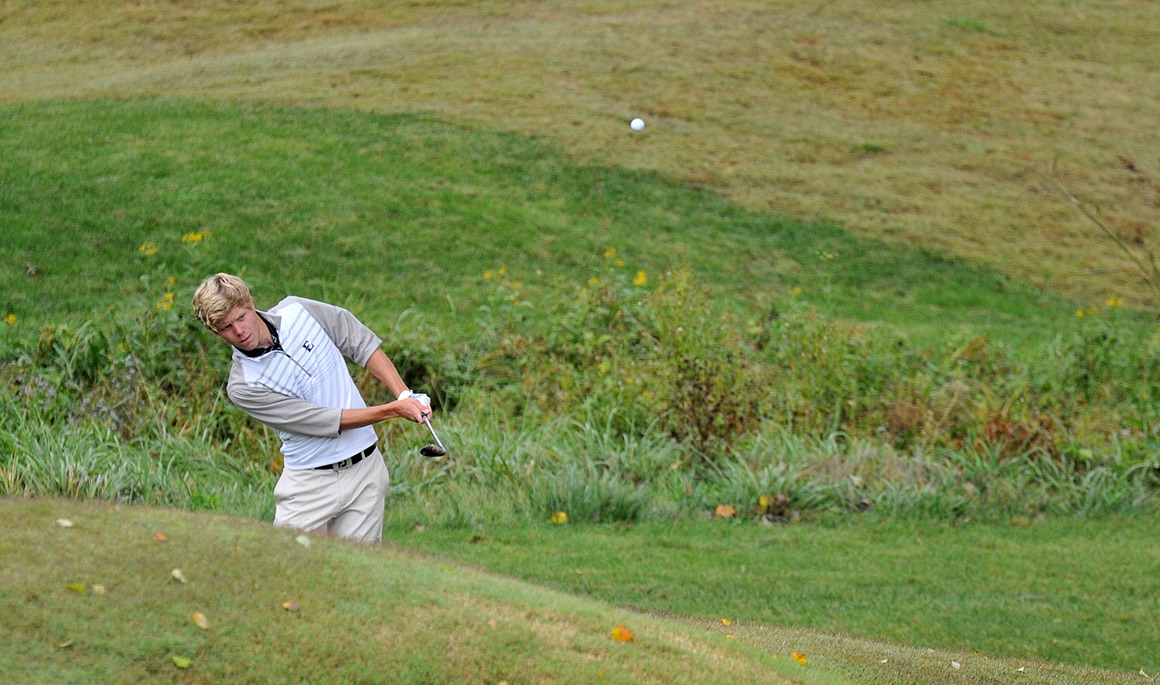 TOLEDO, Ohio (Sept. 22, 2015) – The ETSU men’s golf team had three players place in the top-20, while the Buccaneers finished runner-up as the final round of the 11th annual Inverness Intercollegiate concluded Tuesday afternoon at the Inverness Golf Club.

The Bucs, who won the tournament a year ago, entered the final round two shots back of team-leading California, but the Blue and Gold couldn’t gain ground as ETSU finished the 54-hole tournament three strokes behind the Golden Bears. ETSU posted a three-round score of 28-over-par 880 (293-293-294), compared to Cal – who entered the season ranked in the top-20 – finishing 25-over-par 877 (291-293-293).

Individually, three Bucs placed in the top-20 as senior Gudmundur Kristjansson (Reykjavik, Iceland) finished third, while fellow seniors Adrian Meronk (Wroclaw, Poland) and Chris Hickman (Centreville, Md.) tied for 18th. Kristjansson ended the tournament at 2-over-par 215 (73-72-70) and led the Buccaneers with 10 birdies and 36 pars. The Icelander registered four of those birdies in Tuesday’s final round – including three in his final seven holes – en route to shooting a 1-under 70. The Buccaneer senior finished the tournament tied for second in par-3 scoring (even-par) and was tied for sixth in par-5 scoring (3-under-par).

Meanwhile, Hickman registered a 5-over 76 in the final round, while Meronk bounced back after a bumpy day on Monday and carded a 1-over 72 as both ETSU golfers finished 10-over-par 223 for the championship.

Michigan State’s Mitch Rutledge began the morning five shots off the lead, but posted the lowest round of the tournament at 5-under 66 to leap six spots up the leaderboard and capture medalist honors. Rutledge finished the 54-hole tournament at 2-under-par 211 (75-70-66) and won by three strokes over Michigan’s Kyle Mueller.

ETSU now has a few weeks to gear up for its home tournament – Bank of Tennessee Intercollegiate – which will be held Oct. 9-11 at Blackthorn Club at the Ridges.