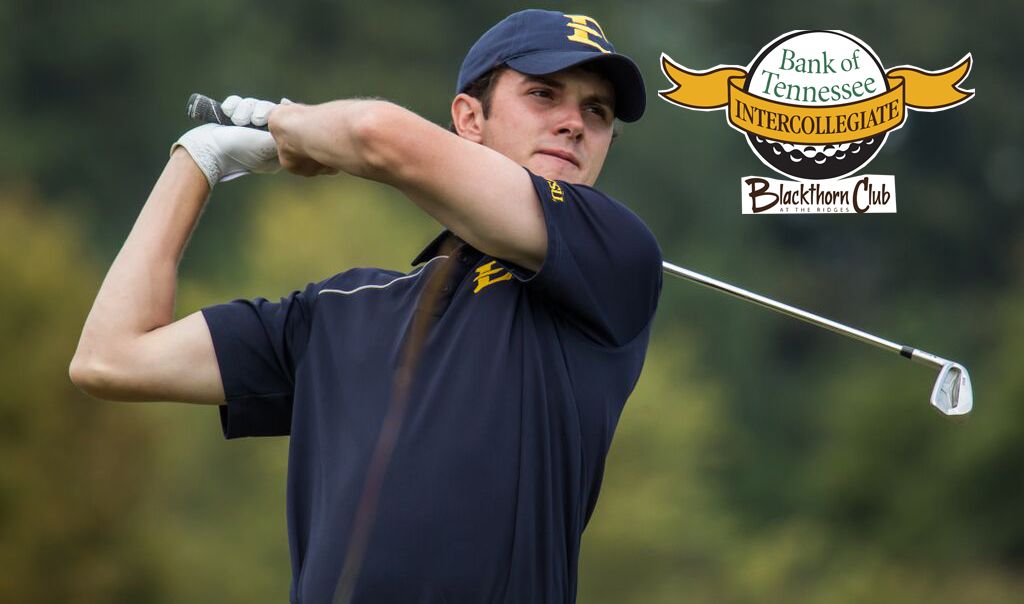 Senior Chris Hickman is tied for 11th at even-par 72.
Hickman leads Bucs on day one of BOT
Related Links

“I had a pretty good round,” added Hickman, who tied for fourth at last year’s tournament. “I hit a lot of good shots and made some birdies. The wind made things a little trickier than we are used to. If the wind calms down a bit over the next couple days, we could make up ground. We have all shot low rounds out here, so we know we can do it.”

As Hickman finished with a solid round, the Blue and Gold sit in 12th place at 15-over-par 303.

ETSU head coach Fred Warren was proud of Hickman’s opening round and hopes to see his team bounce back on Saturday.

“We had a tough day, but it’s only one day,” said Warren. “Hopefully we will be able to bounce back tomorrow. I was proud of how Chris played today. We need to regroup, play a good round tomorrow and see what happens. We have a good team and good players, but we just had a poor round today.”

Overall, the entire field (15 teams) finished over-par on Friday, as No. 21 Penn State, VCU and Virginia Tech are all tied atop the leaderboard at 1-over-par 289. Charlotte, the 65th-ranked team via Golfweek and a 2015 NCAA Championship participant, is fourth at 2-over-par, while No. 37 Kent State is in fifth at 3-over-par.

Individually, Virginia Tech co-captain Joey Lane and Charlotte’s Victor Wiggins are tied for first at 3-under 69, while a group of six golfers are one shot back and two are two strokes behind the leaders. Lane is honoring ETSU alum and ROTC Hall of Fame member Captain Freddie Williams this weekend, as his name and rank is embroidered on his golf bag.

ETSU’s other countable scores came from seniors Adrian Meronk (Wroclaw, Poland) and Gudmundur Kristjansson (Reykjavik, Iceland) and junior Mateusz Gradecki (Oborniki Slaskie, Poland). Meronk is tied for 32nd at 2-over-par 74, Gradecki (T64) shot a 6-over 78 and Kristjansson (T69) posted a 7-over 79. Freshman Geuntae Kim (Daegu, South Korea) made his collegiate debut on Friday and shot an 8-over 80.

Following the round, Meronk talked about how his long game was working, but he needs to work on his putting heading into the weekend.

“I was struggling with putting and my pace was definitely off today,” said Meronk, a 2015 PING All-American and SoCon Player of the Year. “I felt like my long game was good, so if I spend some time tonight putting and get that right, I think I can bounce back. As a team, we have to step up tomorrow and bring in some low scores.”

Meanwhile, sophomore Cayman Ratliff (Kingsport, Tenn.) and red-shirt freshman Conor Rodrigues (Kingston, Ontario, Canada) are playing as individuals, and are tied for 32nd and 42nd. Ratliff carded a 2-over 74 and Rodrigues registered a 3-over 75.

Second round play gets underway at 8:30 a.m., on Saturday, while ETSU, who is paired with Furman and Tennessee, goes out at 9:20.