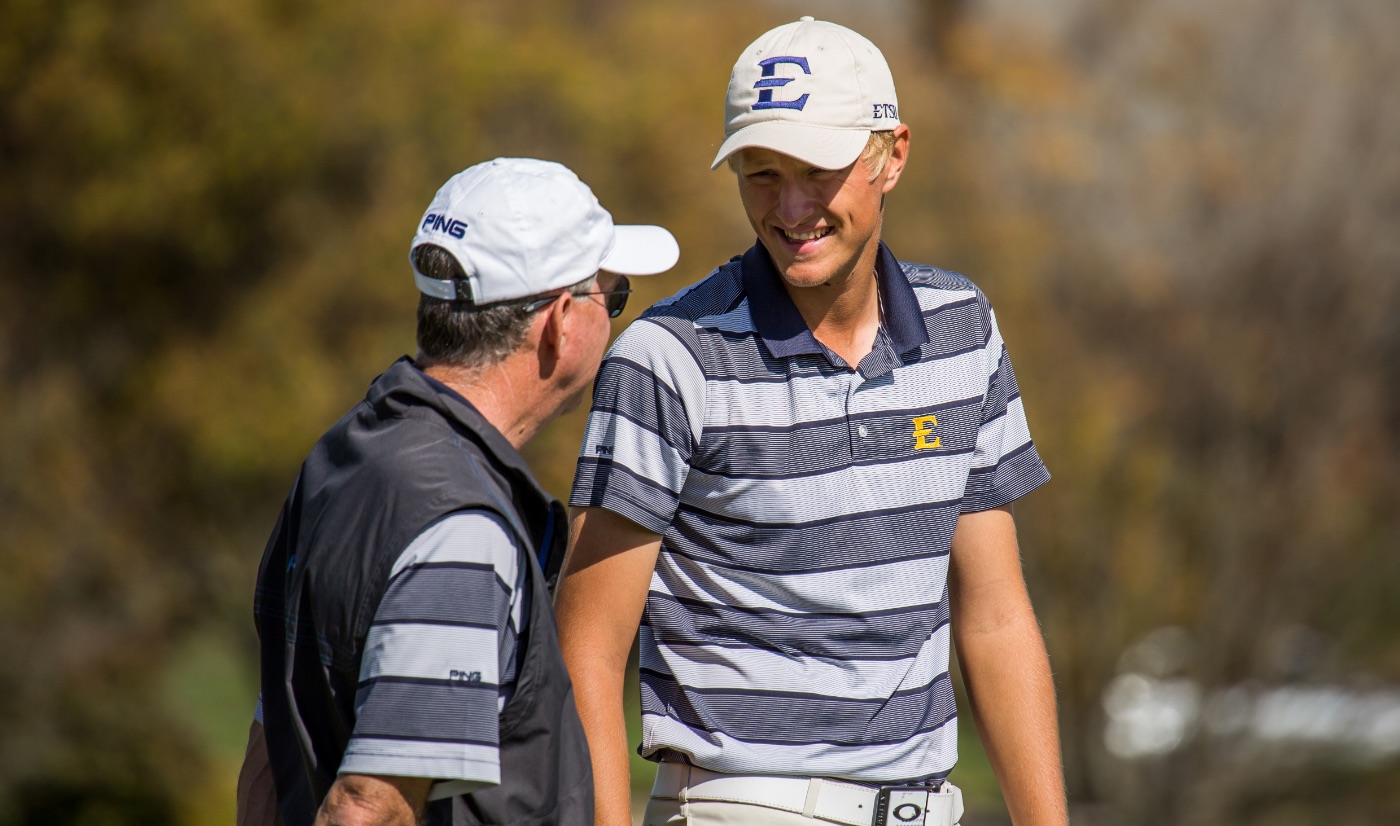 ALPHARETTA, Ga. (Oct. 15, 2015) – The ETSU men’s golf team returns to action this weekend as the Buccaneers head to Georgia for the U.S. Collegiate Championship, which begins Friday morning at The Golf Club of Georgia.

Senior Adrian Meronk (Wroclaw, Poland) led the Blue and Gold at last weekend’s Bank of Tennessee Intercollegiate as the Buccaneer leader captured his fourth collegiate title. Meronk, who shot a 2-over 74 and was tied for 32nd after first round play, finished the final 36 holes at 9-under en route to capturing medalist honors at 7-under-par 209. Meronk joined former Buccaneer All-American Rhys Davies as the only ETSU golfers to win its home tournament.

Meronk led the 84-player field in par-4 scoring (3.80) and his 16 birdies were tied for the most in the tournament. The Wroclaw, Poland native collected nine of those birdies in the second round, including five straight to end the day. Meanwhile, Hickman’s 42 pars led all players.

Often referred to as “the Masters of college golf,” the USCC has in 10 years become the most prestigious regular season event on the schedule and is regularly voted on by the players as their favorite tournament.

The USCC is unique among all college golf tournaments, with Corporate Skyboxes around the 18th green, caddies for each player and mandatory long pants for the competitors. Additionally, there are no gallery ropes, with fans allowed to walk in the fairway behind the players, in the style of the Ryder Cup or Walker Cup Matches.

The tournament, which features 17 teams, will be played Friday, Saturday and Sunday at the Lakeside Course (par 72, 7,017 yards). Georgia Tech is the tournament host.

Teams will begin play from No. 1 and No. 10 on Friday, starting at 8 a.m. Play continues with round two Saturday morning (8 a.m.) and concludes with the final round Sunday (8 a.m.).

Texas returns to defend its title as the Longhorns defeated Virginia by one stroke in 2014, 843-844. Derek Bard of Virginia claimed medalist honors after registering a 54-hole score of 15-under-par 201 the 2013 team title.

Adrian Meronk led the Blue and Gold at last year’s U.S. Collegiate Championship as the Buccaneer tied for 13th at 3-under-par 213.

The entire 17-team field is ranked in the top-70 by either Golfweek or Golfstat, including seven in the top-10 – highlighted by top-ranked Auburn. Joined in the top-10 are No. 2 Oklahoma State, No. 3 Wake Forest, No. 4 Florida State, No. 6 Stanford, No. 7 USC and No. 9 Oklahoma.

Individually, 11 golfers are ranked in the top-25 of the Golfweek or Golfstat rankings, including Texas’ Beau Hossler (No. 1 via Golfweek) and Stanford’s Maverick McNealy (No. 1 via Golfstat). Joining Hossler and McNealy in the top-25 is Auburn’s Michael Johnson (No. 2), Florida State’s Hank Lebioda (No. 7) and Jack Maguire (No. 10 via Golfstat), Wake Forest’s Will Zalatoris (No. 9), Paul McBride (No. 12) and Kyle Sterbinsky (No. 19), USC’s Sean Crocker (No. 10 by Golfweek), UCLA’s Jonathan Garrick (No. 16), and Clemson’s Stephen Behr (No. 24).

The Bucs, who are grouped with Iowa and Clemson, tee off at 8 a.m., on Friday.

Live scoring of all three rounds will be provided via Golfstat.

Recaps and scores from each round will be available on ETSUBucs.com.