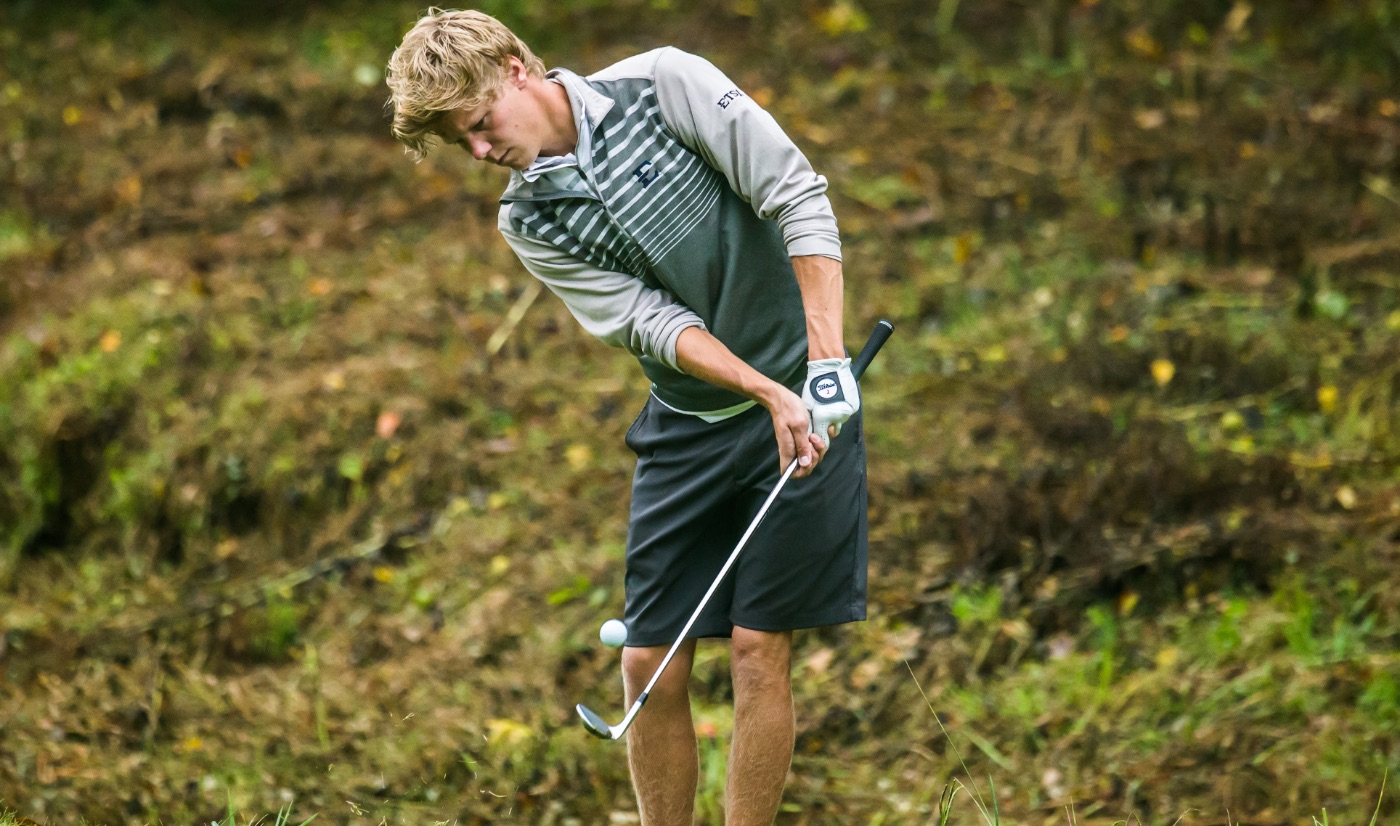 Kristjansson paces Bucs on day one of USCC
Related Links

Kristjansson bagged five birdies en route to carding a 1-under-par 71 and is one of eight golfers tied for 17th following opening round play from The Golf Club of Georgia – Lakeside Course. The Buccaneer senior was sitting 3-under following consecutive birdies on No. 11 and 12, but after parring the next five holes, Kristjansson ended the round with a double-bogey on the par-5, 564-yard 18th to finish with his 71.

Along with Kristjansson, senior Adrian Meronk (Wroclaw, Poland) posted an even-par 72 placing him in a tie for 25th, while junior Mateusz Gradecki (Oborniki Slaskie, Poland) is one shot back at 1-over 73.

Florida State sits atop the leaderboard following Friday’s opening round as the fourth-ranked Seminoles posted a 6-under-par 282 and hold a one shot lead over No. 22 Virginia. Wake Forest, the third-ranked team in the country, is third at 4-under-par 284, while top-ranked Auburn is fourth at 3-under-par 285.

Individually, Virginia’s Derek Bard – who is ranked 63rd by Golfweek – registered the lowest score in round one as he fired a 6-under-par 66. Bard takes a two-stroke lead into Saturday’s second round as a pair of golfers are tied for second at 4-under 68.

Second round action gets underway Saturday morning at 8 a.m., while the Bucs tee off of at 12:25 p.m., and are paired with Iowa and Clemson. Live scoring will be provided via Golfstat.