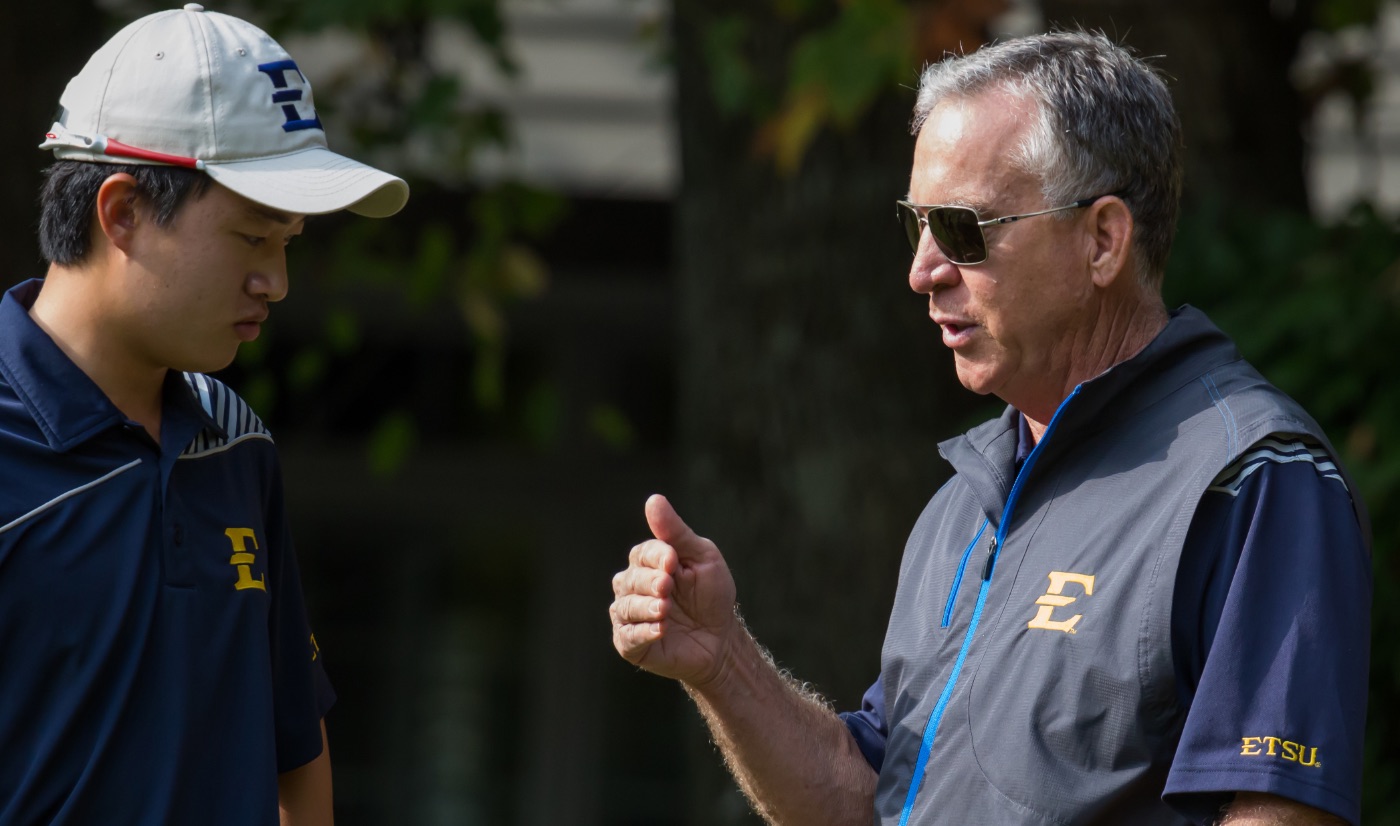 KAUAI, Hawaii (Nov. 1, 2015) – The ETSU men’s golf team wraps up its fall season this week as the Buccaneers gear up for the Warrior Princeville Makai Invitational, which begins Monday at the Princeville Makai Golf Club.

Senior Adrian Meronk (Wroclaw, Poland) led the Buccaneers at the U.S. Collegiate Championship, which was contested Oct. 16-18 at The Golf Club of Georgia – Lakeside Course

Meronk finished tied for eighth in the prestigious tournament as the Buccaneer leader fired a 4-under-par 212 (72-70-70). Meronk and teammate Gudmundur Kristjansson (Reykjavik, Iceland) registered 12 birdies in the 54-hole tournament, marking the fourth-most in the 90-player field.

The fourth annual Warrior Princeville Makai Invitational begins Monday and ends Wednesday at The Makai Golf Club, which has been rated as Golf Digest's No. 1 Golf Course in Hawai'i and one of America's Top 100 Greatest Courses.

Each round begins with a shotgun start at 1:30 p.m. Eastern.

Georgia Tech won the 2014 tournament at 55-under-par 809, but the Yellow Jackets won’t return to defend their title as they are playing in this week’s Kiawah Classic.

Pepperdine’s Frederick Wedel returns to defend his individual title as he won the 2014 championship by three strokes over San Diego’s Grant Forrest and Georgia Tech’s Ollie Schniederjans. Wedel fired a 20-under-par 196 in the 54-hole tournament.

The Bucs have appeared in the previous three tournaments.

Seven individual golfers are ranked in Golfweek’s top-50, including Meronk who is No. 48 nationally.

ETSU is paired with Hawaii, UAB and McNeese State on Monday.

Live scoring for all three rounds will be available on Golfstat.

Recaps will be available for all three days on ETSUBucs.com.