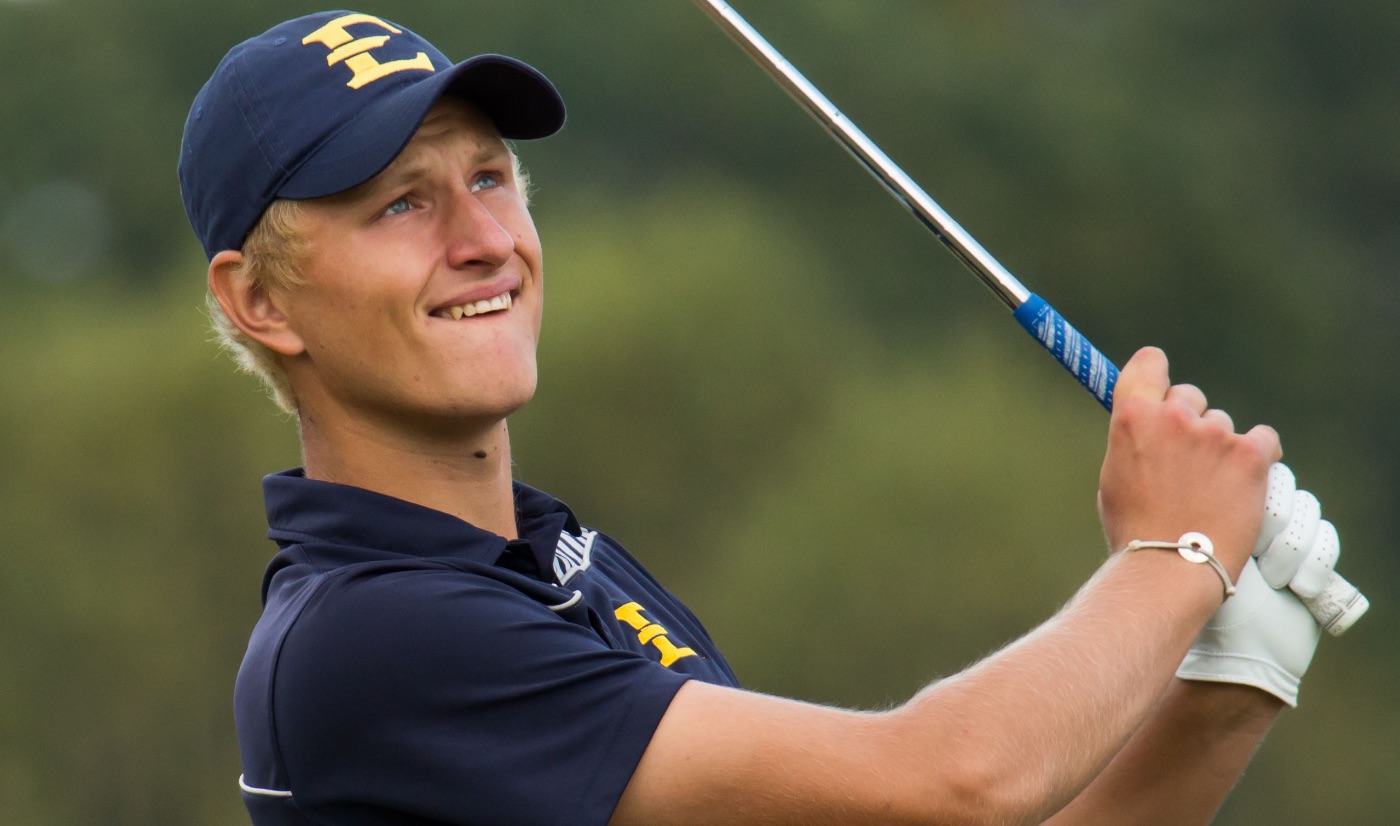 KAUAI, Hawaii (Nov. 2, 2015) – Senior Adrian Meronk (Wroclaw, Poland) led the ETSU men’s golf team in the opening round of the Warrior Princeville Makai Invitational, as the 39th-ranked player is tied for 17th after carding a 1-under 71 on Monday at the Princeville Makai Golf Club.

Despite getting off to a slow start, Meronk finished strong to move within five shots of the lead. Meronk – who posted two bogeys in his first five holes and was sitting 2-over following another bogey on the par-3 14th – birdied the par-4 14th and ended the round with an eagle on the par-5 18th en route to finishing with the 71.

Unfortunately, Meronk was the only Buccaneer to register a score below par and No. 45 ETSU sits in 13th-place at 7-over-par 295 after first round play.

Wake Forest has a grip on the team and individual lead, as the third-ranked Demon Deacons fired a 10-under-par 278 and No. 46 Cameron Young recorded a 6-under 66. Wake Forest holds a three-stroke lead over No. 16 Alabama and a six-shot advantage over Cal Poly and Pepperdine. Meanwhile, Young sits atop the individual leaderboard by two strokes over a group of four golfers at 4-under 68.

ETSU’s other countable scores on Monday came from seniors Gudmundur Kristjansson’s (Reykjavik, Iceland) and Chris Hickman (Centreville, Md.), along with freshman Geuntae Kim (Daegu, South Korea). Kristjansson shot a 2-over 74 (T43), while Hickman and Kim are tied for 51st at 3-over 75.

Second round play gets underway Tuesday at 1:30 p.m. Eastern, as ETSU is paired with Idaho, San Diego and tournament host Hawaii. Live scoring is available on Golfstat, while Twitter updates can be accessed by following @ETSUAthletics.