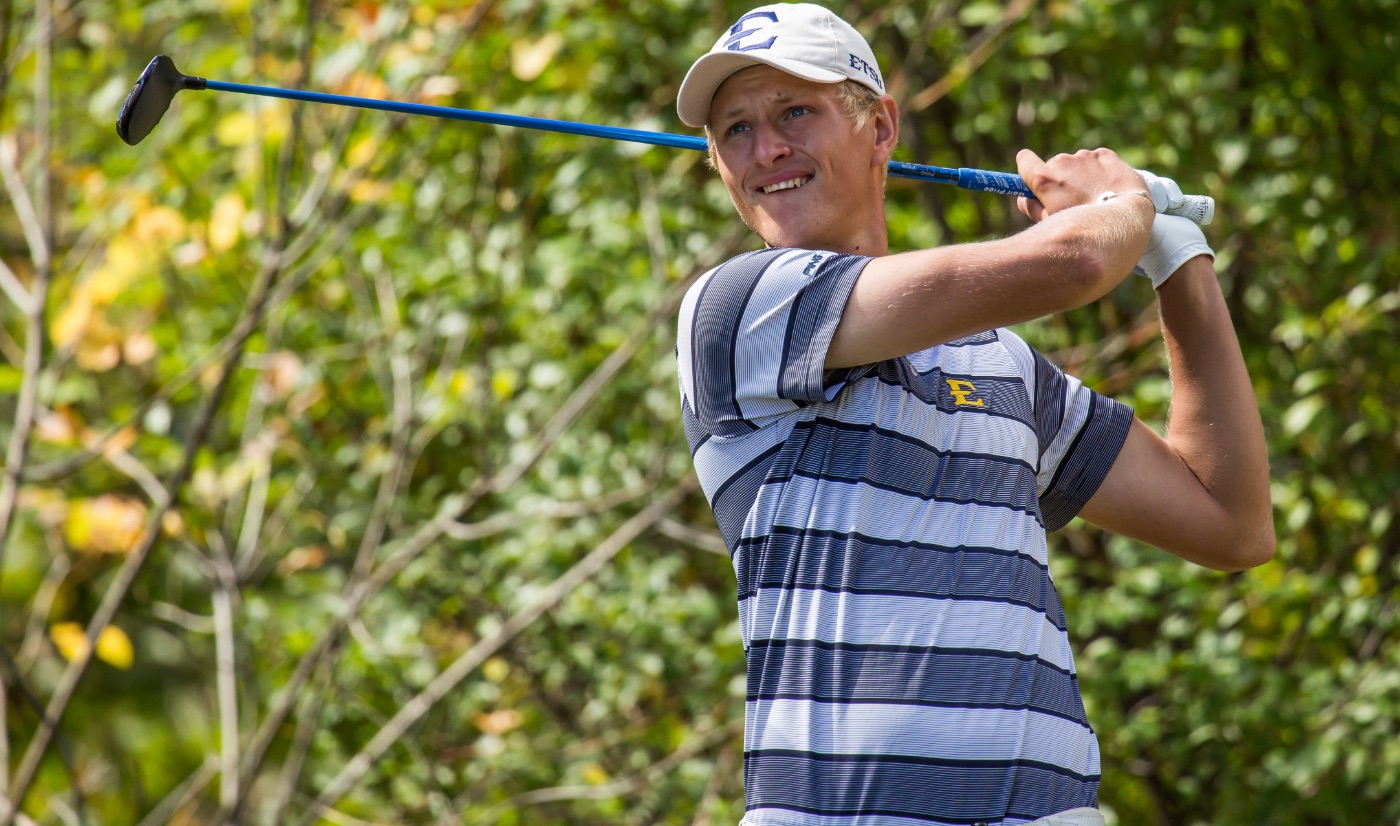 KAUAI, Hawaii (Nov. 3, 2015) – Coming off a strong finish in the first round of the Princeville Makai Invitational, ETSU senior men’s golfer Adrian Meronk (Wroclaw, Poland) picked up right where he left off from in Tuesday’s second round at the Makai Golf Club.

Meronk, who played the final five holes at 3-under-par in Monday’s opening round, bagged six birdies in round two to finish with a 5-under 67, placing him in a three-way tie for seventh at 6-under-par 138 after 36-holes of competition. On Tuesday, Meronk – the 39th-ranked player nationally – birdied two of his first five holes, while posting consecutive birdies on No. 4 and 5 and wrapped up the round with back-to-back birdies en route to finishing with his second-lowest score this fall.

Overall, the 45th-ranked Buccaneers fired a 6-under 282 on Tuesday and moved two spots up the leaderboard into a tie for 11th-place at 1-over-par 577. In addition to Meronk, the Buccaneers were also led by junior Matuesz Gradecki (Oborniki Śląskie, Poland) and senior Chris Hickman (Centreville, Md.). Gradecki registered his lowest round this fall as he carded a 3-under 69 to jump 27 spots into a tie for 41st at 2-over-par 146. Meanwhile, Hickman shot an even-par 72 and is tied for 49th at 3-over-par 147.

Meronk enters Wednesday’s final round five shots off the lead as Pepperdine’s Roy Cootes recorded an 8-under 64 on Tuesday and is atop the leaderboard at 11-under-par 133. Cootes holds a one-shot advantage over first-round leader Cameron Young (Wake Forest), while three golfers are two strokes back at 9-under-par 135.

Alabama leaped Wake Forest for the team lead as the 16th-ranked Crimson Tide shot a 19-under 269 in round two and are 26-under-par 550 for the tournament. The third-ranked Demon Deacons dipped to second at 24-under-par 552, while No. 34 UAB made the biggest move as the Blazers fired a 20-under 268 en route to moving into a tie for third with Pepperdine at 21-under-par 555.

Wednesday’s final round gets underway at 1:30 p.m. Eastern. The Blue and Gold are grouped with Ole Miss, San Francisco and McNeese State. Live scoring is available on Golfstat, while Twitter updates can be accessed by following @ETSUAthletics.