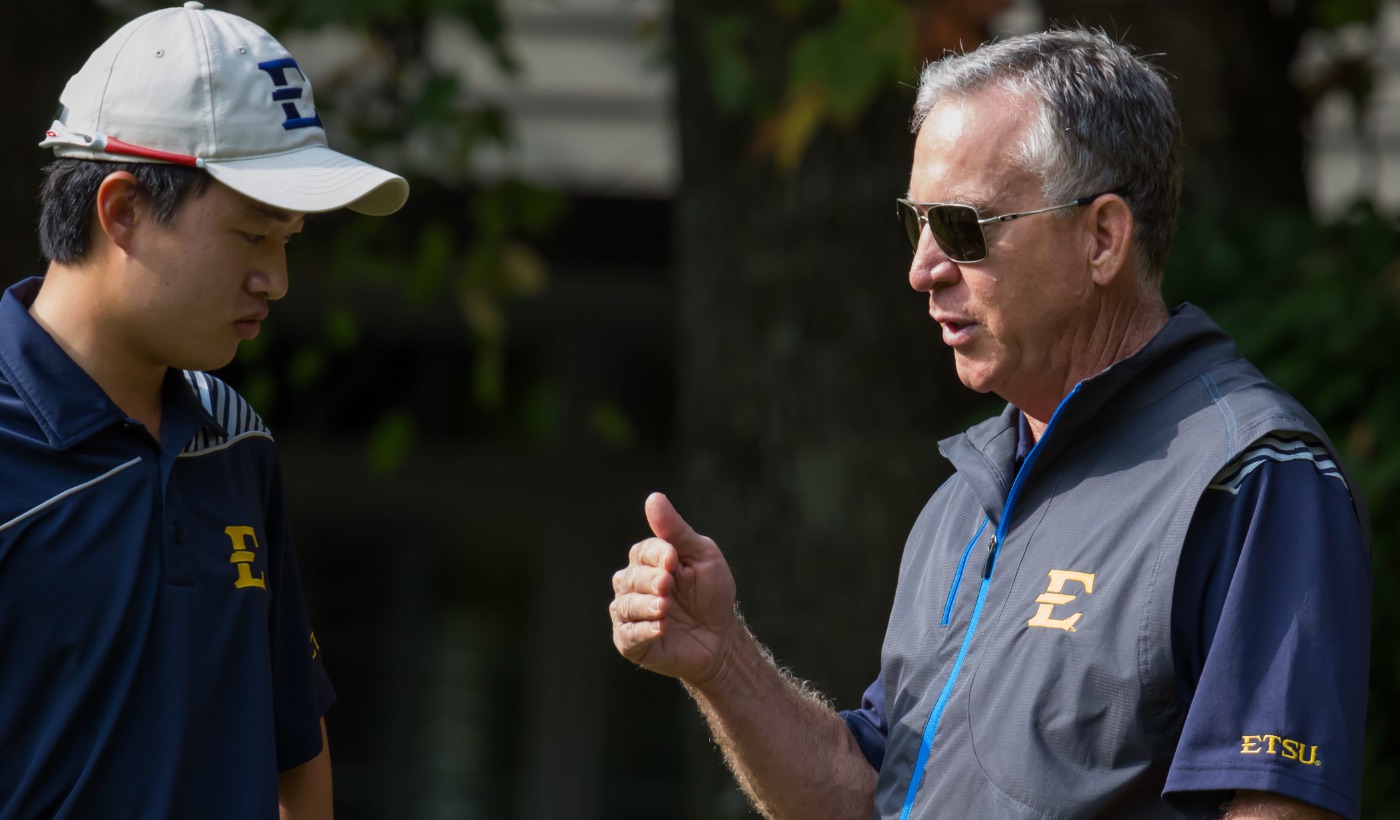 Freshman Geuntae Kim played the final 36 holes at even-par after shooting a 1-under 71 on Wednesday.
Bucs wrap up play at The Prestige
Related Links

LA QUINTA, Calif. (Feb. 17, 2016) – Playing in its first tournament of the spring season, the ETSU men’s golf team wrapped up final round play at The Prestige at PGA WEST on Wednesday afternoon. Senior All-American Adrian Meronk (Wroclaw, Poland) paced the Buccaneers by finishing tied for eighth.

Meronk, who recorded the 17th top-10 finish of his collegiate career, totaled a 54-hole score of 2-under-par 211 (70-68-73) after posting a 2-over 73 on Wednesday. The Wroclaw, Poland native led the field in par-5 scoring, as the 31st-ranked golfer played the three holes at 7-under over the three-day tournament. Meronk birdied the last seven par-5 holes on the week, while also registering 33 pars and 12 birdies throughout the three rounds.

LSU swept the team and individual titles as the 27th-ranked Tigers overcame a five-shot deficit to rally past defending champion and No. 9 Arizona State. The Tigers fired a final round score of 19-under 265 en route to cruising to an 18-stroke win over the Sun Devils. LSU ended the tournament at 26-under-par 826 (277-284-265), while senior Zach Wright kept his grip atop the leaderboard as he captured medalist honors with a three-round score of 12-under-par 201 (68-66-67). Wright, the 54th-ranked player via Golfstat, began the day tied with Ryann Ree (San Diego State) and Frederick Wedel (Pepperdine), but he carded five birdies in his final 11 holes to finish with a 4-under 67 on Wednesday and held off Ree by two shots. Wedel and Arizona State’s Jon Rahm – the number one ranked amateur in the world – tied for third at 8-under-par 205.

Meanwhile, junior Mateusz Gradecki (Oborniki Śląskie, Poland) finished tied for 29th at 4-over-par 217 (73-71-73) and senior Gudmundur Kristjansson (Reykjavik, Iceland) tied for 57th at 11-over-par 224 (74-78-72). Red-shirt freshman Conor Rodrigues (Kingston, Ontario, Canada) recorded his first collegiate eagle on Wednesday as he carded a three on the par-5, 537-yard No. 16. Rodrigues also posted a pair of birdies and ended the round at 1-over 72.

ETSU returns to action on March 11 when the Bucs begin first-round play at the Seminole Intercollegiate.