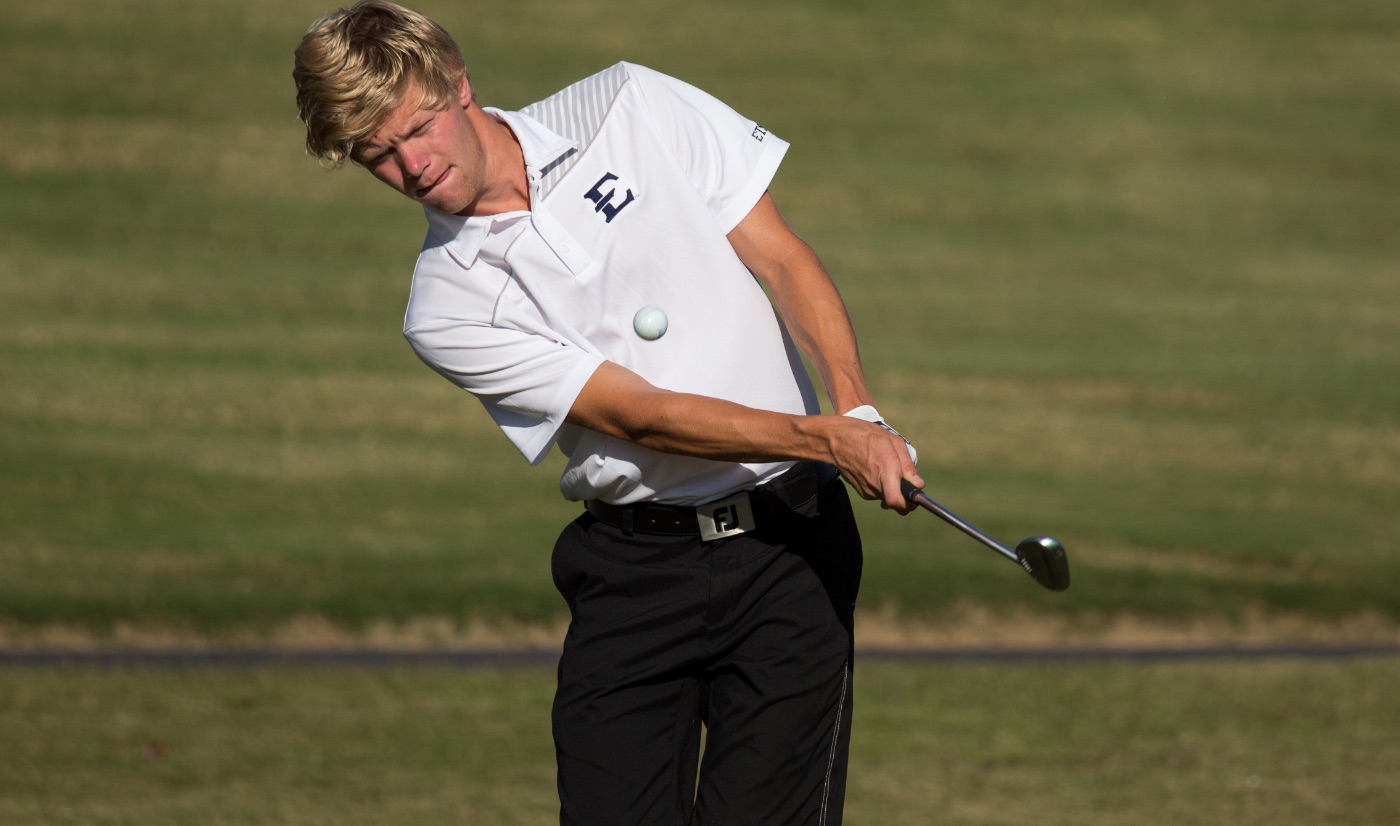 Senior Gudmundur Kristjansson tied an ETSU record by finishing with a 63 in last year's opening round and claimed medalist honors.
Bucs return to action this weekend in Tallahassee
Related Links

TALLAHASSEE, Fla. (March 10, 2016) – After opening its spring season last month in California, the ETSU men’s golf team returns to action this weekend as the Buccaneers begin play in the 2016 Seminole Intercollegiate on Friday morning at Southwood Golf Club.

The Bucs opened their spring season last month as the Blue and Gold finished in 11th-place at The Prestige PGA WEST, which concluded on Wednesday, Feb. 17.

Senior All-American Adrian Meronk (Wroclaw, Poland) recorded the 17th top-10 finish of his collegiate career after finishing tied for eighth. Meronk – who carded 33 pars and 12 birdies in the tournament – totaled a 54-hole score of 2-under-par 211 (70-68-73). The Buccaneer leader led the field in par-5 scoring after playing the three holes at 7-under over the three-day tournament.

Freshman Geuntae Kim (Daegu, South Korea) wrapped up the tournament by firing a 1-under 71 in the final round and played the last 36 holes at even-par.

Last week, Meronk was ranked sixth in the first installment of the spring’s Arnold Palmer Ranking. The top six golfers from the final ranking on April 15 from both the United States and Europe shall be among the 10 individuals selected to compete in the Arnold Palmer Cup at Formby Golf Club June 24-26.

As team, ETSU enters the weekend ranked No. 55 by Golfweek, while Meronk moved up to No. 29 in the Golfstat rankings.

The three-day, 54-hole tournament begins with first round action on Friday, March 11, while the final round will be contested on Sunday, March 13.

First and second round play begins at 8:30 a.m. with groups teeing off from both the No. 1 and No. 10 tee boxes, while Sunday’s final round starts at 8 a.m.

Gudmundur Kristjansson (Reykjavik, Iceland) returns to defend his title as the Buccaneer senior led wire-to-wire at the 2015 Seminole Intercollegiate. Kristjansson – who tied the lowest round score in ETSU history at 9-under-par 63 in the opening round – finished the tournament with a 54-hole score of 17-under-par 199 (63-67-69).

As a team, the Bucs finished runner-up behind tournament host Florida State in last year’s tournament.

Below is the tournament field for the 2016 Seminole Intercollegiate () denotes Golfstat Rankings unless noted.

ETSU is paired with Jacksonville and James Madison in the first round. The Blue and Gold tee off from No. 10 at 8:50 a.m.