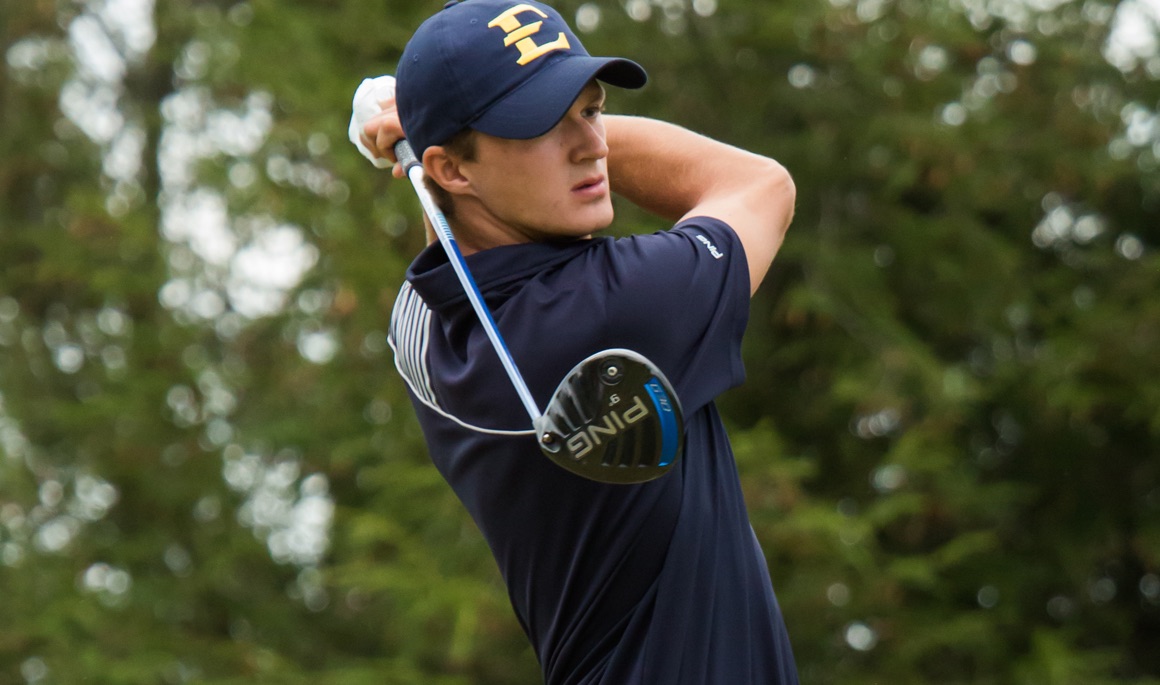 Gradecki sits four shots back heading into Sunday’s final round; ETSU in fifth

FRANKLIN, Tenn. (April 2, 2016) – Despite getting off to a shaky start in the opening round of the Mason Rudolph Championship on Saturday, ETSU junior Mateusz Gradecki (Oborniki Śląskie, Poland) rallied back to put himself in contention heading into Sunday’s final round at the Vanderbilt Legends Club in Franklin, Tenn.

Gradecki – who bogeyed four of his last eight holes to close out the first round – bounced back with three birdies and one bogey in the afternoon to climb 21 spots up the leaderboard into seventh-place at even-par 142 (73-69). The course, which features five par-3s, saw Gradecki dominate those holes on Saturday. Gradecki led the 87-player field with a 2.70 scoring average on the par-3s, as he totaled three birdies and seven pars in rounds one and two.

The Buccaneer junior enters the final round four shots back of Florida’s Gordon Neale as he carded a 4-under-par 138 (70-68) on Saturday. Neale holds a two-stroke lead over teammate Sam Horsfield and Vanderbilt’s Will Gordon. Horsfield is ranked No. 6 via Golfstat and Gordon is No. 24.

As Vanderbilt and Florida are battling for the individual lead, the fifth-ranked Commodores and seventh-ranked Gators are also neck-and-neck in the chase for the team title. Vanderbilt, the reigning tournament champion and tournament host, sits atop the leaderboard at 2-under-par 566 (275-291). The Commodores opened the day with a 9-under 275, but came back to the field after carding a 7-over 291 in round two, while Florida – who sits three spots back in second at 1-over-par 569 – posted the lowest round in the nightcap at 2-over 286.

Gudmundur Kristjansson (Reykjavik, Iceland) was in the top-10 for the majority of the day – including a stint atop the leaderboard midway through round two – but the Buccaneer senior bogeyed four of his last five holes to end the afternoon, forcing him to drop into a tie for 15th at 3-over-par 145 (70-75). Fellow senior Adrian Meronk (Wrclaw, Poland) – who has finished in the top-10 in each of his last seven tournaments – is tied for 11th at 2-over-par 144 (71-73).

Sunday’s final round gets underway at 9 a.m. EDT, while ETSU tees off from No. 1 at 9:45 a.m. The Bucs are grouped with Lamar and SMU.