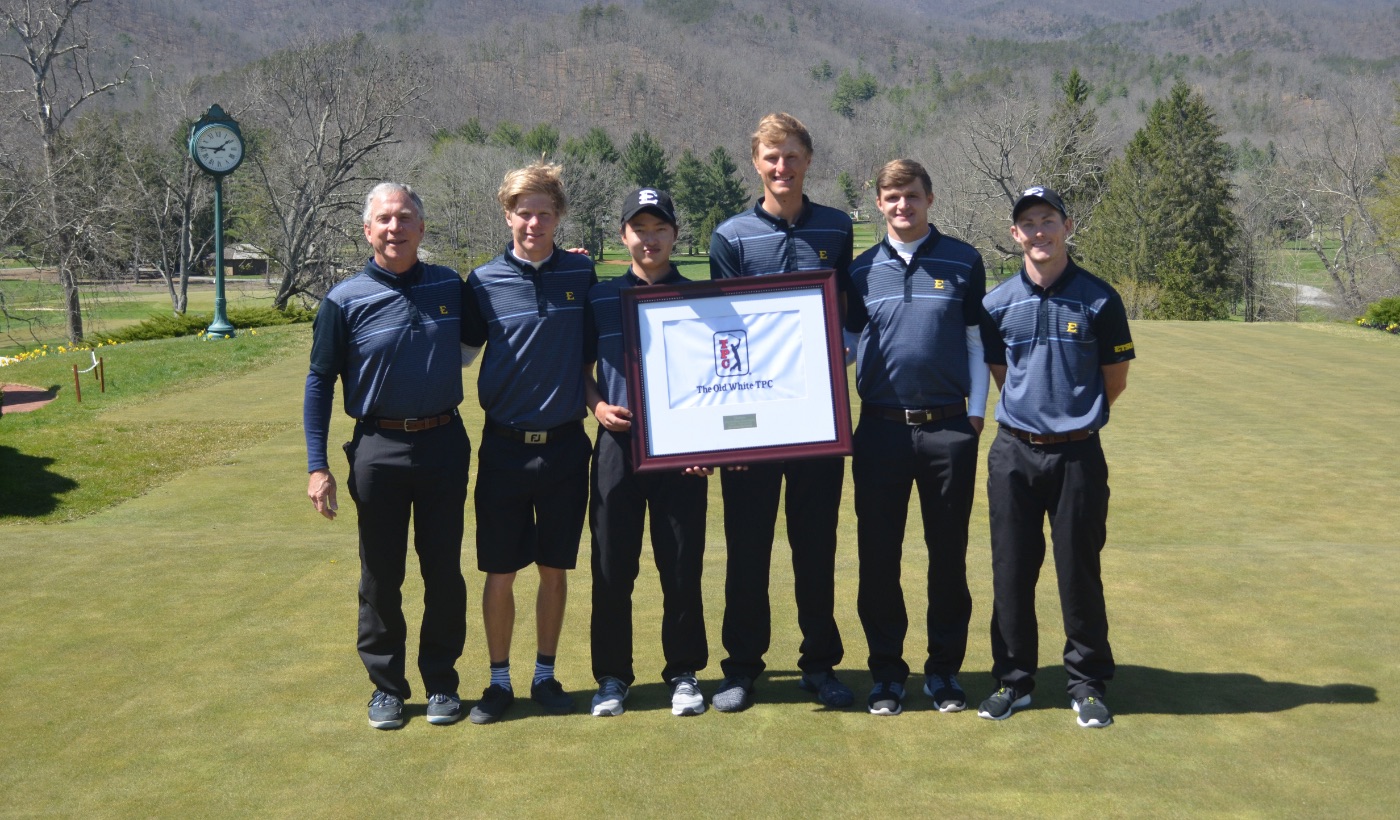 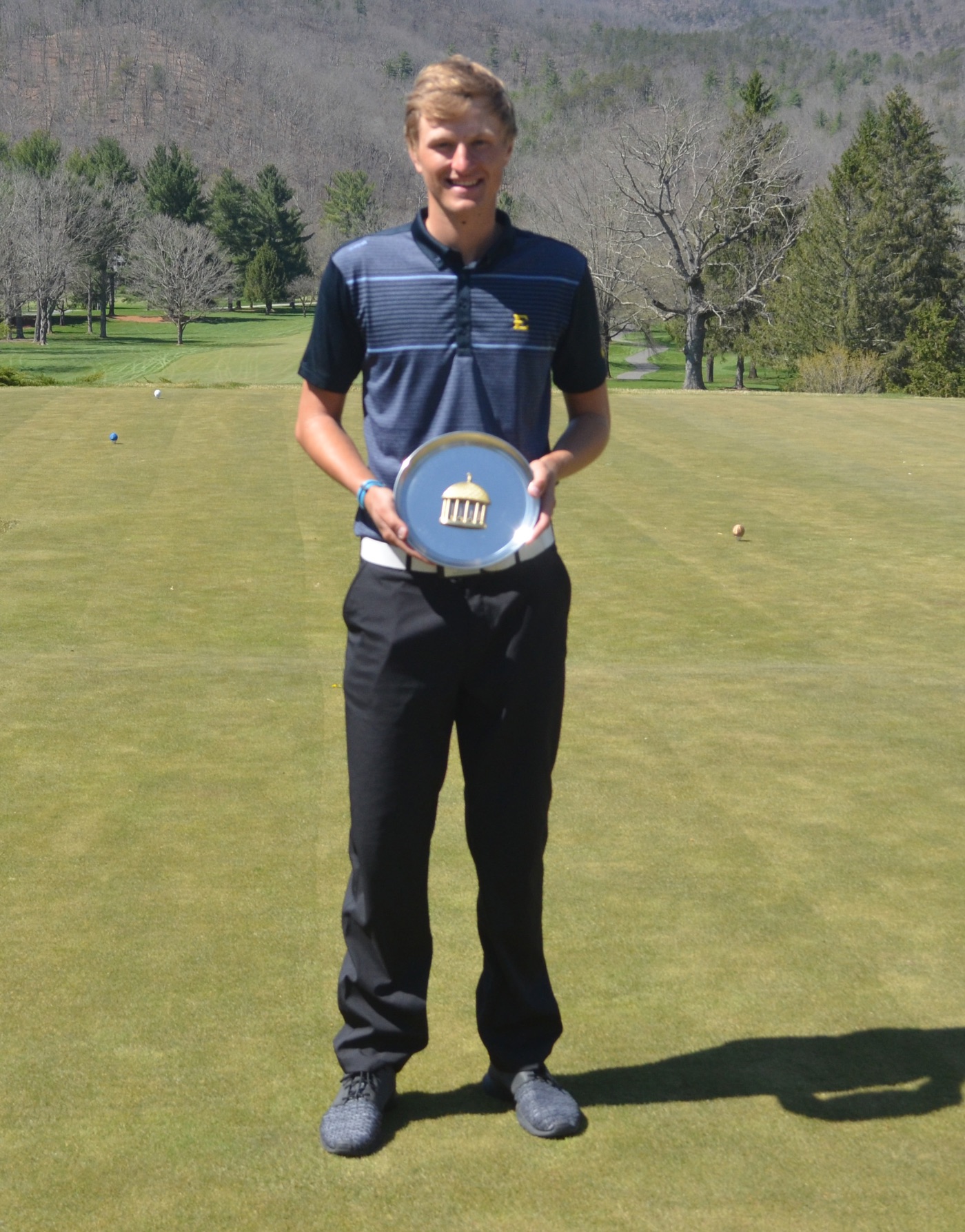 The Bucs, who won by one shot in a rain-shortened tournament last year, had three players post top 10 finishes as ETSU ended with a three-round score of 6-over-par 846 (282-285-279) to record its first win of the campaign. Overall, the Bucs have now won 52 tournaments under the watch of head coach Fred Warren, including at least one tournament victory in each of the last four years and 10 of the last 12 seasons.

The conditions weren’t ideal when the final round began in the morning, but the Bucs overcame the cool temperatures and turned in a strong performance on Tuesday.

“This is a good win for the guys and our team. They all played well and finished strong today,” said Warren. “The conditions were tough early as we faced strong winds and cool temperatures, but we hung in there and turned in a solid round. I am very proud of the guys.”

Meronk began the final round tied for fifth and fired a 2-under 68 on Tuesday to earn runner-up honors. The Buccaneer All-American – who has now finished in the top 10 in eight of his last nine tournaments – finished with a 54-hole score of 1-under-par 209 (67-74-68). Meronk finished two shots back of tournament champion Nick Rencis (Old Dominion). Rencis went low as he carded a 5-under 65 to jump six spots and capture medalist honors. Despite totaling three birdies on the back nine, Meronk was unable to catch Rencis as the ODU freshman was flawless in the final round. Rencis registered five birdies and 13 pars to rally for the win.

Meronk talked about how his long game set up birdie chances and that it was encouraging to get the team win.

“It feels really good to defend the title. To win by 15 strokes is very encouraging,” said Meronk, who totaled 13 birdies for the tournament. “Our team played well and we were pleased with how we played today. My long game was really good and that gave me birdie chances on the par-5s. I was disappointed in my putting but hopefully I can improve on that as we head into our next tournament this weekend.”

Kim said it’s a positive feeling to finish in the top 10 and felt good to go out and compete in each round.

“It feels really nice to get the team win and finish in the top 10 as an individual,” added Kim, who scored par or better on 42 of the 54 holes this week. “Like yesterday, I hit most fairways and greens today, but could’ve been better with my putting. I missed some birdie chances, but it felt good to compete and we will look to build off this tournament win.”

Sophomore Cayman Ratliff (Kingsport, Tenn.) recorded his best collegiate finish as he tied for 15th at 5-over-par 215 (74-71-70). The Kingsport, Tenn. native totaled four birdies and four bogeys to go with his 10 pars on Tuesday, resulting in his lowest collegiate round (70).

Afterwards, Ratliff said the key to his success was keeping the ball in play and getting consistent play with his iron shots.

“It feels good to contribute to the team win and have my scores count,” said Ratliff, as he played the final 36 holes at 1-over-par. “I played well in the second and third rounds, and was able to get my first top 20 collegiate finish. I was able to keep the ball in play off the tee and my iron play was solid. This win was really important to gain some confidence as we head into the final week before the conference championship.”

The Bucs make their final tune up before the Southern Conference Championship as ETSU heads to Raleigh, N.C., for the Wolfpack Open. The two-day, 54-hole tournament begins Saturday, April 16.