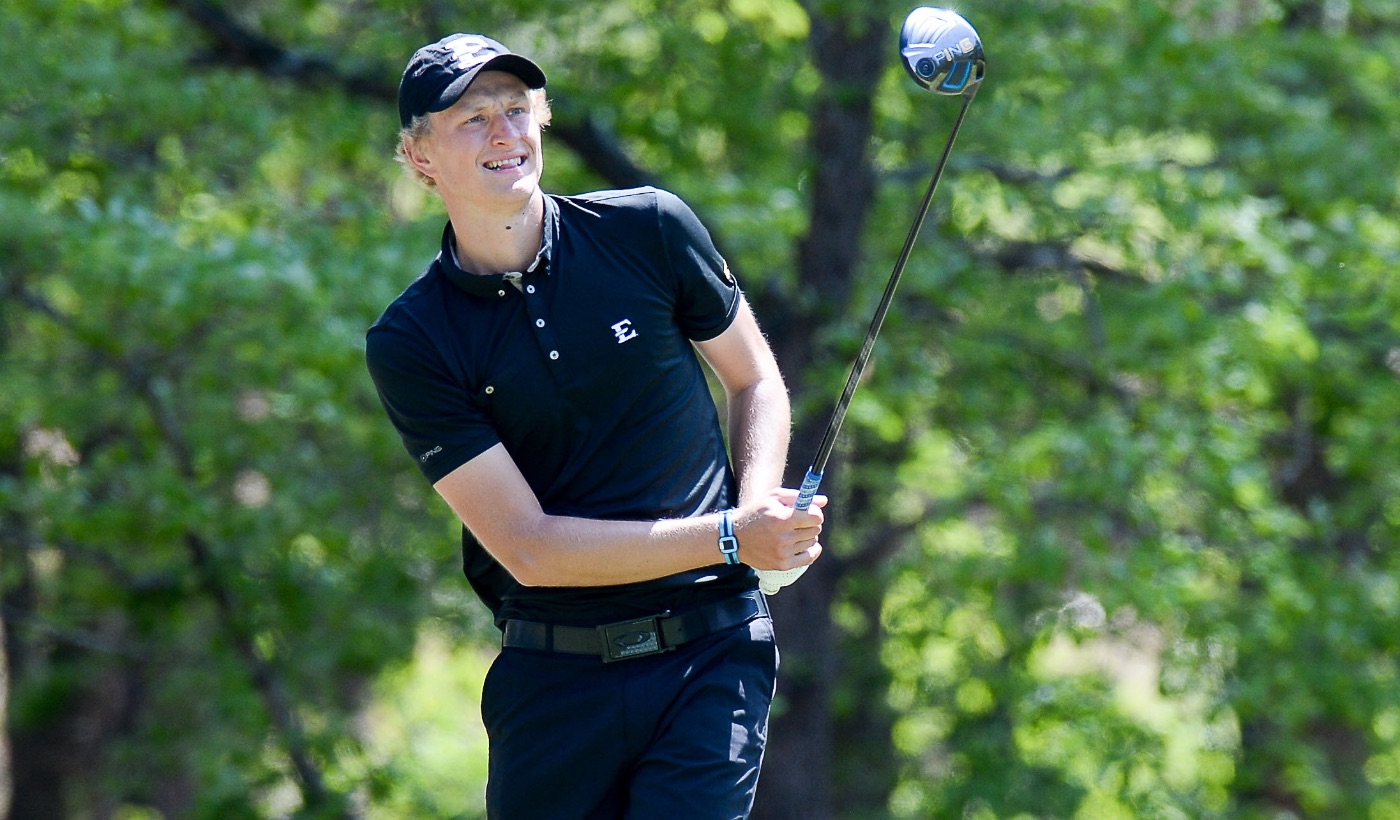 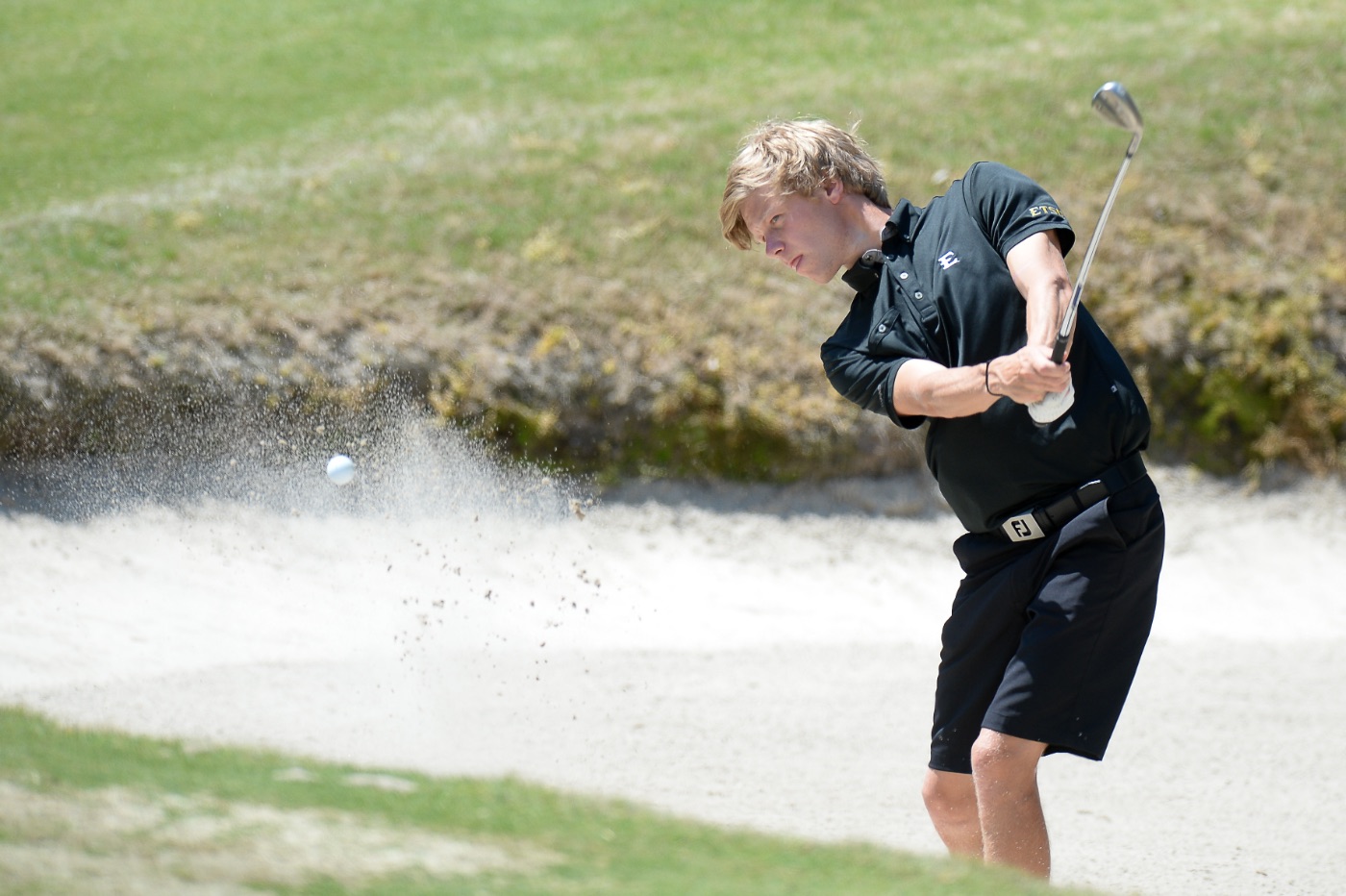 Gudmundur Kristjansson carded a 1-under-par 71 in round two.

PINEHURST, N.C. (April 25, 2016) – The ETSU men’s golf team sits in second place following second round play of the Southern Conference Championship as the Buccaneers shot a 2-over-par 290 on Monday and trail Wofford by one shot entering the final round from Pinehurst No. 9.

“It was a tough day in spots for us, but we hung in there and are looking forward to playing tomorrow,” said head coach Fred Warren, whose Bucs are searching for a SoCon-best 19th conference championship. “Both Adrian and Gudmundur had good rounds today and kept us in it. Mateusz also hung in there on the back nine. We are in contention and that’s where we want to be heading into the final round.”

Senior All-American Adrian Meronk (Wroclaw, Poland) led the Blue and Gold in round two as the reigning SoCon Player of the Year fired a 3-under 69 to move into a tie for third-place at 3-under-par 141 (72-69). Meronk birdied two of his first four holes and added two more on the back nine, while his lone blemish came on the par-5, 535-yard No. 8 where he walked away with a six. Of the 36 holes played, Meronk has totaled 25 pars and seven birdies in the first two rounds.

Meronk was a little disappointed following the round, but he and the team are still in contention and he knows they have to remain positive and play their game on Tuesday.

“I played good today. I was hitting the ball really, really nicely, but I just couldn’t make any putts,” said Meronk, who is ranked No. 17 in the Golfstat rankings. “I think a 69 was the worst possible score I could shoot today. I’m a little disappointed, but to be two shots back (individually) and have the team be near the top is encouraging. Our goal was to come here and defend the title. We are still in position to do that. Tomorrow we have to be patient, play our game and at the end we will see what the result is.”

Meronk enters the final round just two shots off the lead as Wofford’s Jeremy Grab remains atop the leaderboard at 5-under-par 139 (68-71). Grab registered a 1-under 71 in round two, while teammate Andrew Novak went low at 5-under 67 to move into a tie for fifth at 2-under-par 142. UNCG’s Luke Haithcock is in second at 4-under-par 140 (69-71), while Furman’s Bryce Howell is tied with Meronk for third.

Junior Mateusz Gradecki (Oborniki Slaskie, Poland) carded a 1-over 73 in round two and is tied for eighth at 1-under-par 143 (70-73), while senior Gudmundur Kristjansson (Reykjavik, Iceland) moved into a tie for 11th following his 1-under 71. Kristjansson birdied three of his first four holes on the back nine and is 1-over-par 145 (74-71) after 36 holes of play. Gradecki, who posted two of his three birdies on the back nine, leads all players in par-4 scoring at 2-under-par. The Buccaneer junior also leads the team with nine birdies in the first two rounds.

ETSU is paired with Wofford in Tuesday’s final round and the twosomes tee off starting from No. 1 at 8:15 a.m.

Live scoring for the SoCon Championship is available via Golfstat. Click here to access live scoring. Full recaps with scores will be available on ETSUBucs.com following each round.