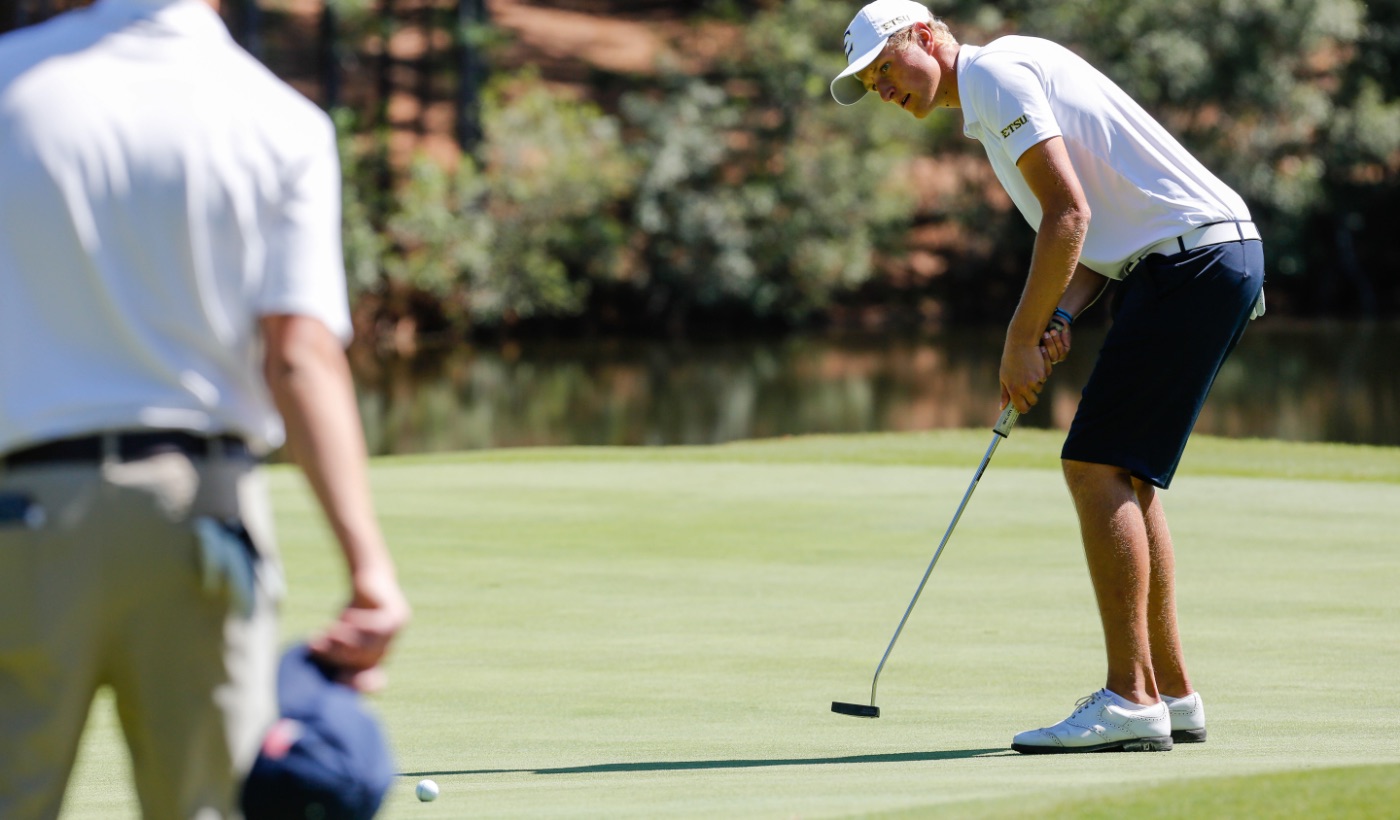 ETSU senior All-American also jumps to No. 14 in Golfstat rankings

JOHNSON CITY, Tenn. (April 28, 2016) – A day after claiming his second straight Southern Conference Player of the Year honor, ETSU senior Adrian Meronk (Wroclaw, Poland) moved to No. 25 in the World Amateur Rankings, which was released on Thursday. In addition, Meronk climbed to No. 14 in the Golfstat rankings following his win at the Southern Conference Championship.

“I am really proud of Adrian. He’s a great player and deserves all the recognition he has received,” said head coach Fred Warren. “Adrian is a talented young man and we’re proud that he’s a Buc.”

Meronk, who becomes the first ETSU golfer since Rhys Davies to crack the top-25 in the World Amateur Rankings (No. 2 in May of 2007), has posted two wins and a 70.59 scoring average this season for the Buccaneers. To go with his pair of medalist honors, the Buccaneer All-American has registered seven top-5 finishes and 10 top-10 finishes this season. Meronk also earned three of the possible nine SoCon Golfer of the Week honors in 2016.

Meronk’s scoring average this season is the third lowest in program history, while last year’s 70.65 clip ranks fourth. Following his win at Pinehurst earlier this week, Meronk moved his career win total to five, tying him for the second-most victories in ETSU history.

For his career, Meronk has played in 50 tournaments (147 rounds) en route to compiling a 71.94 scoring average, which places him second all-time in program history. Meronk, ETSU’s all-time leader in eagles (18), has recorded 81 rounds of par or better and 34 rounds in the 60s. The two-time Palmer Cup selection posted his lowest 54-hole and 18-hole score earlier this month at the Wolfpack Spring Intercollegiate where he carded a 13-under-par 200 for the tournament and finished the final round with a 65. The 200 was the third lowest 54-hole score in ETSU history and the 65 was tied for the third lowest.

“Adrian is certainly one of the best golfers to play at ETSU, and we’re glad he and team have more golf left this season,” said Warren.

Meronk and the Bucs learn their NCAA Regional destination on Thursday, May 5 at 9:30 a.m., on Golf Channel’s Morning Drive. The regionals will be held May 16-18.