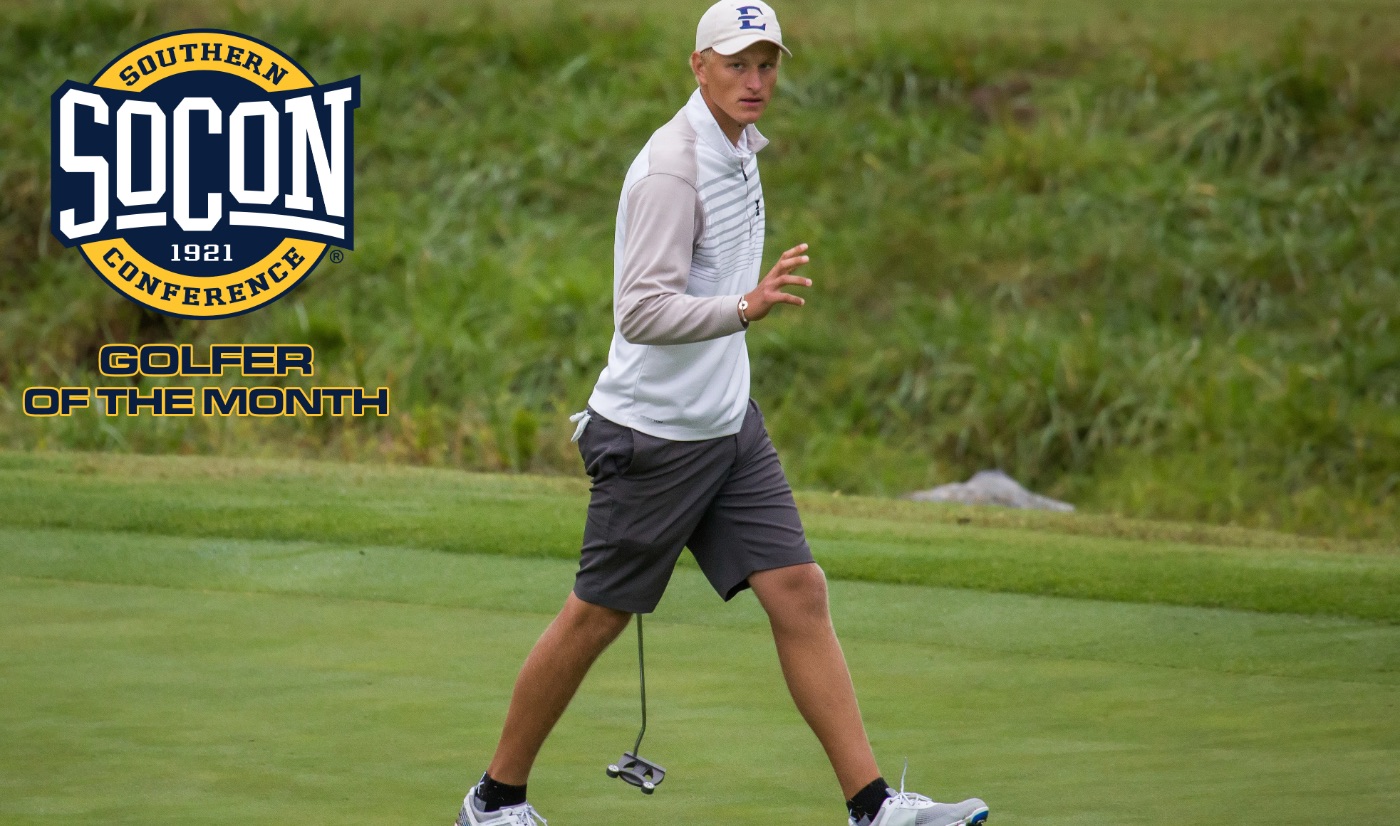 SPARTANBURG, S.C. (May 5, 2016) – ETSU senior All-American Adrian Meronk (Wroclaw, Poland) swept Southern Conference Golfer of the Month honors for the 2016 season, as the league office released its monthly awards for April on Thursday.

Meronk, who earned medalist honors at the SoCon Championship in Pinehurst, N.C., posted a stroke average of 69.75 and finished a combined 15-under-par in four tournaments played in the month of April. To go with his win at the conference championship, Meronk turned in a pair of runner-up honors and tied for 14th at the Mason Rudolph Championship.

Following his win at the SoCon Championship, Meronk earned his second straight Southern Conference Player of the Year honor, while moving to No. 25 in the World Amateur Rankings and No. 14 in the Golfstat ranks. Meronk also earned a spot in the Palmer Cup for the second straight year and was named a semifinalist for the Jack Nicklaus Player of the Year Award – both of which were announced in April.

Meronk opened the month tying for 14th at the Mason Rudolph Championship, which featured a field that included three teams and two individuals ranked in the top 10 nationally. From there, Meronk followed that up with a runner-up finish at the Greenbrier Intercollegiate – shooting a 1-under 209 and helping the Bucs to the team title. Less than a week later, Meronk recorded another second-place finish at the Wolfpack Spring Intercollegiate, where he blistered the course for a 13-under-par 200, including a final-round 65, setting new personal 54- and 18-hole bests. Meronk then capped his exceptional month with a win at Pinehurst at the SoCon Championship, shooting a 6-under 210 to lead the Bucs to their third straight SoCon title.

This marks the third straight monthly honor for Meronk as the Wroclaw, Poland native won the final SoCon Player of the Month award in 2015, becoming just the fourth player in conference history to receive the accolade at least three times in a career.

Meronk and the Bucs now gear up for the NCAA Regional, which begins May 16 at the Blackwolf Run Meadow Valleys Course in Kohler, Wis.