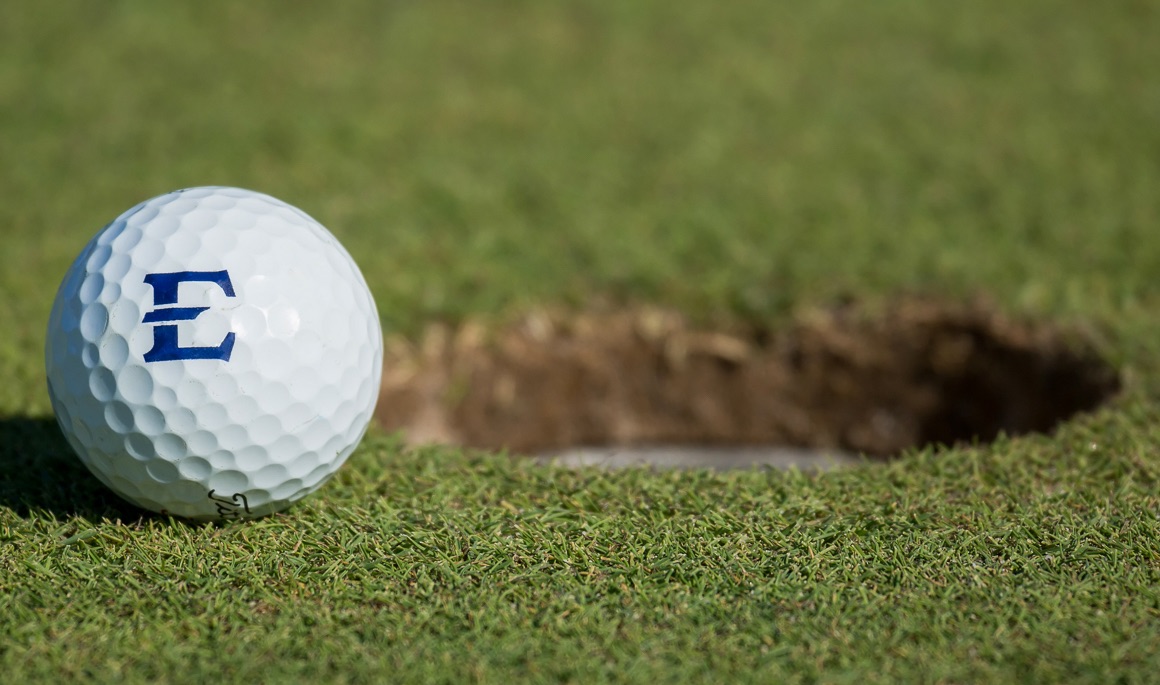 KOHLER, Wis. (May 15, 2016) – For the third straight year and 25th time in program history, the ETSU men’s golf team will appear in the NCAA Regional as the Buccaneers begin first-round play at the Kohler Regional on Monday morning at the Blackwolf Run Meadow Valleys Course in Wisconsin.

ETSU earned the league’s automatic bid to the NCAA Regional after claiming its 19th Southern Conference Championship last month in Pinehurst, N.C. … The win marked the second straight conference championship for the Blue and Gold as the Bucs defeated UNCG by one stroke, while senior Adrian Meronk (Wroclaw, Poland) earned medalist honors.

The Bucs are making their 25th NCAA postseason appearance – 21st under head coach Fred Warren – while ETSU is eyeing its first trip to the NCAA Championship for the first time since 2008.

ETSU’s team win at Pinehurst was its second of the campaign (also won the Greenbrier Invitational in April) … The Blue and Gold have now won 53 tournaments under the guidance of Coach Warren.

Meronk earned his second straight SoCon Golfer of the Year honor after winning the conference championship by one stroke over Wofford’s Jeremy Grab … The Buccaneer All-American registered a 54-hole score of 6-under-par 210 after posting back-to-back rounds of 3-under 69 … Meronk’s win at the conference championship was his second victory of the season and fifth of his career … The five career wins are tied for second all-time in program history.

Meronk – who was ranked as high as No. 25 in the World Amateur Golf Rankings and No. 14 via Golfstat – enters the Regional ranked 15th in the Golfstat poll.

Kristjansson advanced to the 2015 NCAA Championship as an individual after posting a 3-under-par 213 at the San Diego Regional, which was the top individual score from a player on a non-advancing team … The all-conference golfer ranks second on the team in scoring average (73.06), while he has posted three top-10 finishes – including a 10th-place showing at the SoCon Championship.

Junior Mateusz Gradecki (Oborniki Slaskie, Poland) is coming off a fifth-place finish at the SoCon Championship and has two top-10 finishes this season … Gradecki is third in scoring average at 73.36.

Meronk – who swept both SoCon Golfer of the Month honors and is a semifinalist for the Jack Nicklaus Award – has paced the Blue and Gold in 10 of the 12 tournaments this season … The two-time Palmer Cup selection has six top-3 finishes and 10 top-10 finishes in 2015-16, while leading the team in scoring average (70.59), which ranks third in ETSU history.

Sophomore Cayman Ratliff (Kingsport, Tenn.) will be playing in his seventh straight tournament for the Bucs … Ratliff’s top collegiate finish came at the Greenbrier Invitational where he tied for 15th.

Both Ratliff and Kim are making their NCAA Regional debut, while Kim’s top collegiate finish also came at the Greenbrier as he finished tied for ninth.

The three-day tournament begins Monday morning at the Blackwolf Run Meadow Valleys Course, which is a par-72, 7,123-yard course.

Blackwolf Run opened for play in June 1988 and was named that year's "Best New Public Course" in the country by Golf Digest.  Regarded as one of Pete Dye's crowning achievements, Blackwolf Run has hosted a number of professional championships: the Andersen Consulting World Golf Championships in 1995, 1996 and 1997 as well as the U.S. Women's Open in 1998 and 2012.

Eighteen holes will be played each day with the final round being contested on Wednesday.

ETSU tees off at 10:15 a.m. (EDT) from No. 10, and will be paired with Campbell and Idaho ... Teams and individuals will be regrouped according to scores following first and second round play.

Marquette is hosting the Kohler Regional.

The weather over the three days will be in the mid-50s with a 60-percent chance of showers on Monday.

Please note, teams are listed by their seed in the regional, while () indicates their Golfweek/Sagarin or Golfstat Ranking.

The lineup, which features two seniors, a junior, sophomore and freshman, is the same group to play in ETSU’s last six tournaments.

Meronk, Kristjansson and Gradecki have played in each of the Bucs’ last three NCAA Regional appearances.