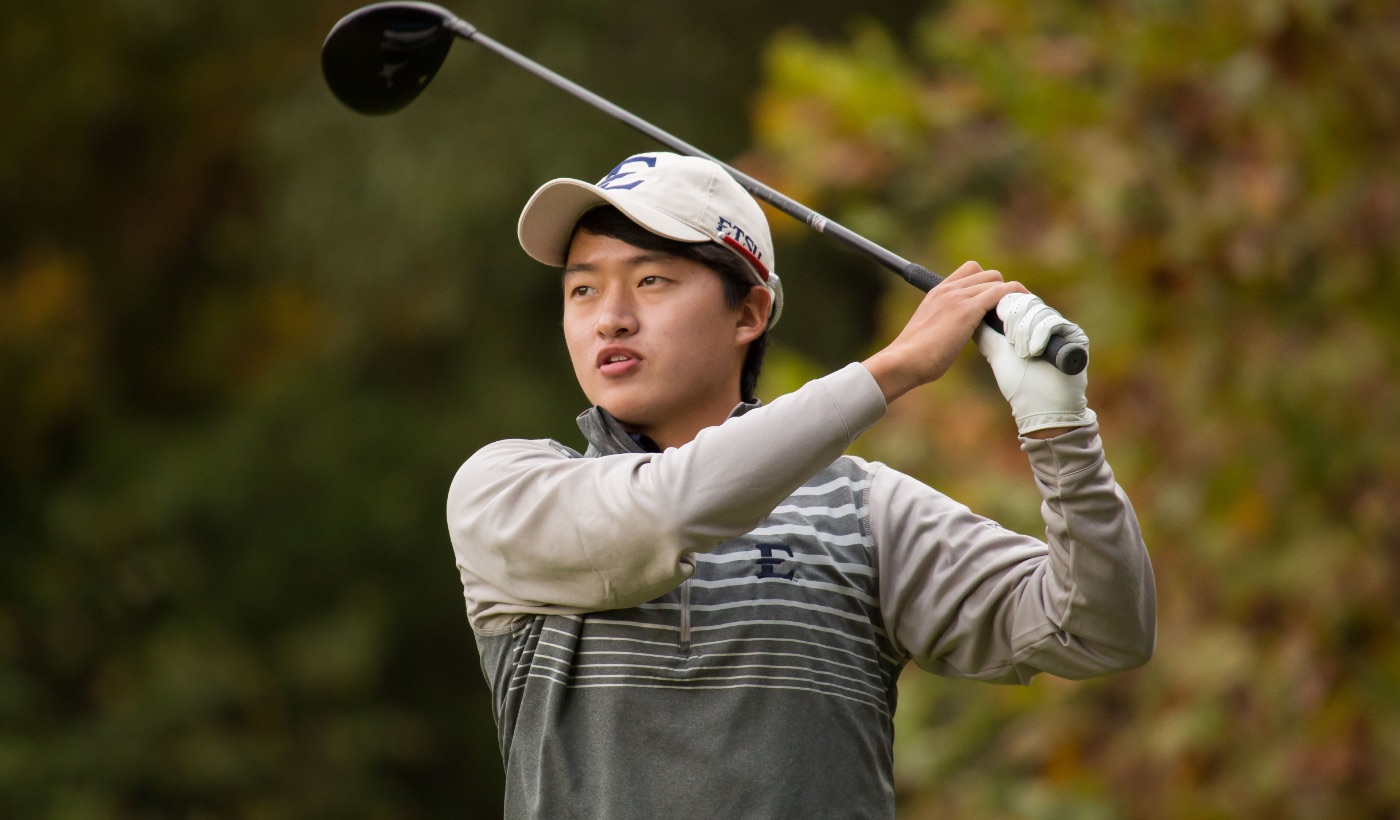 Geuntae Kim, playing in his first NCAA Regional, shot a 1-over-par 73 on Monday.
ETSU wraps up day one at NCAA Regional
Related Links

KOHLER, Wis. (May 16, 2016) – ETSU’s Adrian Meronk (Wroclaw, Poland) and Geuntae Kim (Daegu, South Korea) both shot a 1-over-par 73 to lead the Buccaneer men’s golf team in the opening round of the NCAA Regional on Monday from Blackwolf Run Meadow Valleys Course in Kohler, Wis.

Meronk, the 15th-ranked player via Golfstat, carded five birdies and 10 pars in the round, but the two-time Southern Conference Golfer of the Year also posted a bogey, double-bogey and triple-bogey on Monday resulting in the 73. Meronk, who entered the Regional averaging 0.15 double-bogeys and 0.03 triple-bogeys or worse on the season, began the day with a double-bogey on the par-4, 356-yard No. 10; however, the Buccaneer All-American looked to have bounced back nicely following the miscue. The Wroclaw, Poland native rattled off his five birdies over a 13-hole stretch, but after getting to 2-under for the round, Meronk walked way with a six on the par-3, 215-yard No. 8 before posting a par on the final hole of the afternoon.

Meanwhile, Kim started off strong as he birdied his first two holes, but he quickly gave those back after posting consecutive bogeys on his next two holes. From there, Kim was 1-under before making the turn, but the SoCon All-Freshman selection double-bogeyed the par-4, 458-yard No. 18, moving him to 1-over midway through his round. On his final nine holes, Kim collected two birdies, five pars and two bogeys, but one of those birdies came on his last hole moving him back to 1-over for the round.

The Buccaneer duo are chasing four golfers who are tied for the lead at 3-under-par 69, while six others are one shot back at 2-under-par 70. Idaho’s Daniel Sutton and Ryan Porch, Florida State’s Hank Lebioda, and South Dakota’s Grant Smith are all tied for the lead.

ETSU’s other two countable scores came from senior Gudmundur Kristjansson (Reykjavik, Iceland) and junior Mateusz Gradecki (Oborniki Slaskie, Poland). Kristjansson – who was 3-under after his first 10 holes – bogeyed five of his final eight to finish tied for 41st at 2-over-par 74, while Gradecki is tied for 55th at 3-over-par 75.

The top five teams and the top individual from a non-advancing team qualify for the NCAA Championship.

Second round play begins Tuesday at 9 a.m. EDT, while the Bucs tee off from No. 10 starting at 9:55. ETSU is grouped with Penn State and Campbell.