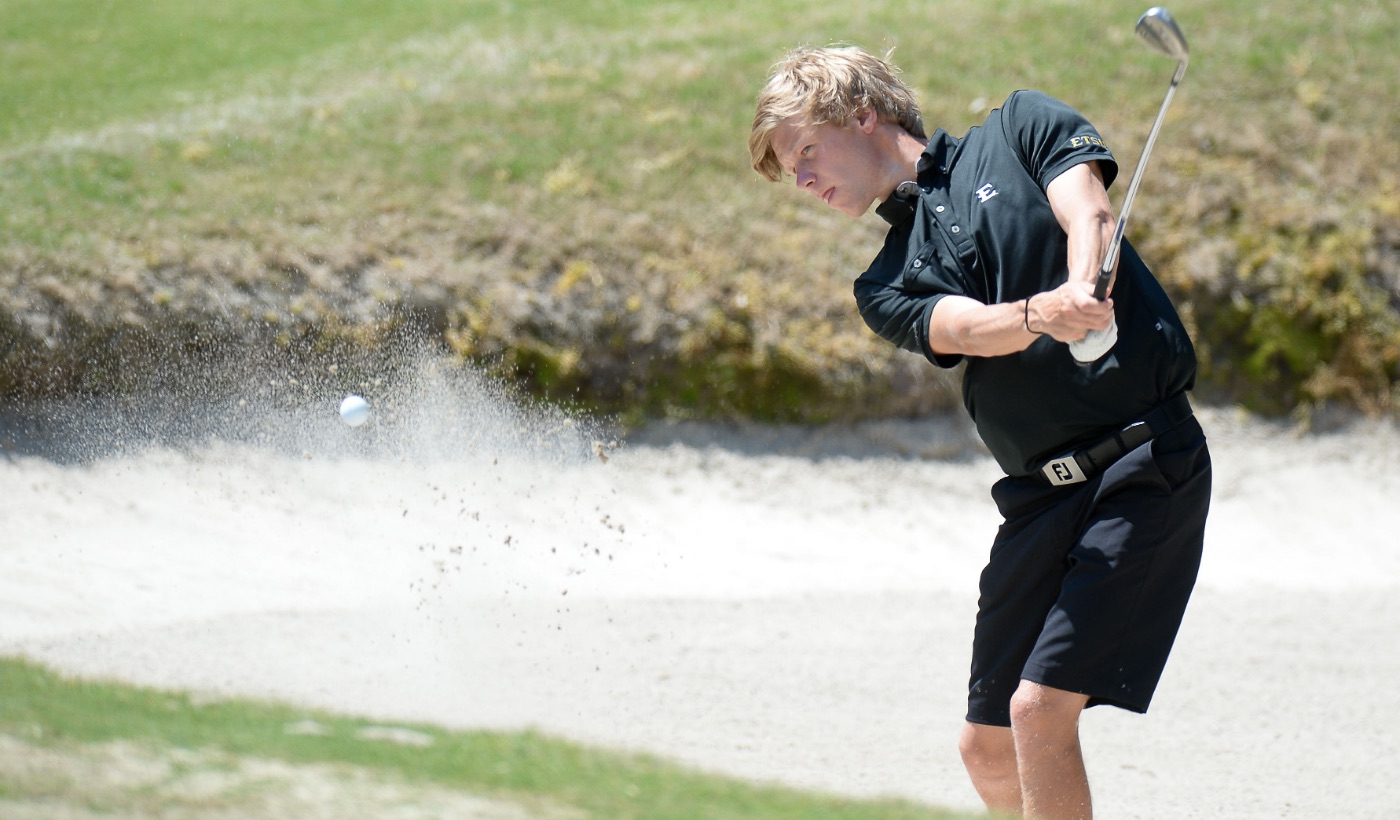 Kristjansson moved 23 spots up the individual leaderboard as he’s tied for 18th at 1-over-par 145, while the Buccaneers -- who entered the day in 11th place -- carded a 5-over 293 and sit at 12-over-par 588 after 36 holes. Despite moving up the leaderboard, the Blue and Gold are still six shots back from the cut line, which is held by Idaho at 6-over-par 582.

Kristjansson, who earned a spot in the 2015 NCAA Championship, registered two birdies, 15 pars and a bogey on Tuesday, while Adrian Meronk (Wroclaw, Poland) was in the top-10 following four birdies over a five-hole stretch on the back nine; however, the senior All-American played his final two holes at 3-over to finish with a 1-over 73 for the second consecutive round. Meronk enters Wednesday’s final round tied for 28th at 2-over-par 146.

Florida holds both the team and individual lead as the seventh-ranked Gators went low in round two by recording a 6-under 282 en route to sitting atop the leaderboard at 11-under-par 565. Fourth-ranked Illinois totaled a 5-under 283 in round two and moved into second at 4-under-par 572. Florida State remained in third place, as the 10th-ranked Seminoles are 2-under-par 574 for the tournament, while Arkansas jumped into fourth at even-par 576 and Idaho covets the fifth spot at 6-over-par 582.

Individually, Florida’s Alejandro Tosti also went low by firing a 4-under 68 in round two and begins the final round with a two-shot lead over Ohio State’s Tee-k Kelly. Tosti is at 6-under-par 138 thru 36 holes.

The Bucs’ other two countable scores came from junior Mateusz Gradecki (Oborniki Slaskie, Poland) and freshman Geuntae Kim (Daegu, South Korea) on Tuesday. Gradecki shot a 2-over 74 and is tied for 50th at 5-over-par 149. Meanwhile, Kim is tied for 43rd at 4-over-par 148. Kim – a SoCon All-Freshman Team selection – recorded a 3-over 75 on Tuesday.

The top five teams and the top individual from a non-advancing team qualify for the NCAA Championship. Ohio State’s Tee-k Kelly is playing as an individual.

The Kohler Regional concludes with final round play on Wednesday, beginning at 8:50 a.m. EDT. ETSU goes out from No. 10 at 9:25 and will be grouped with Penn State and Memphis.