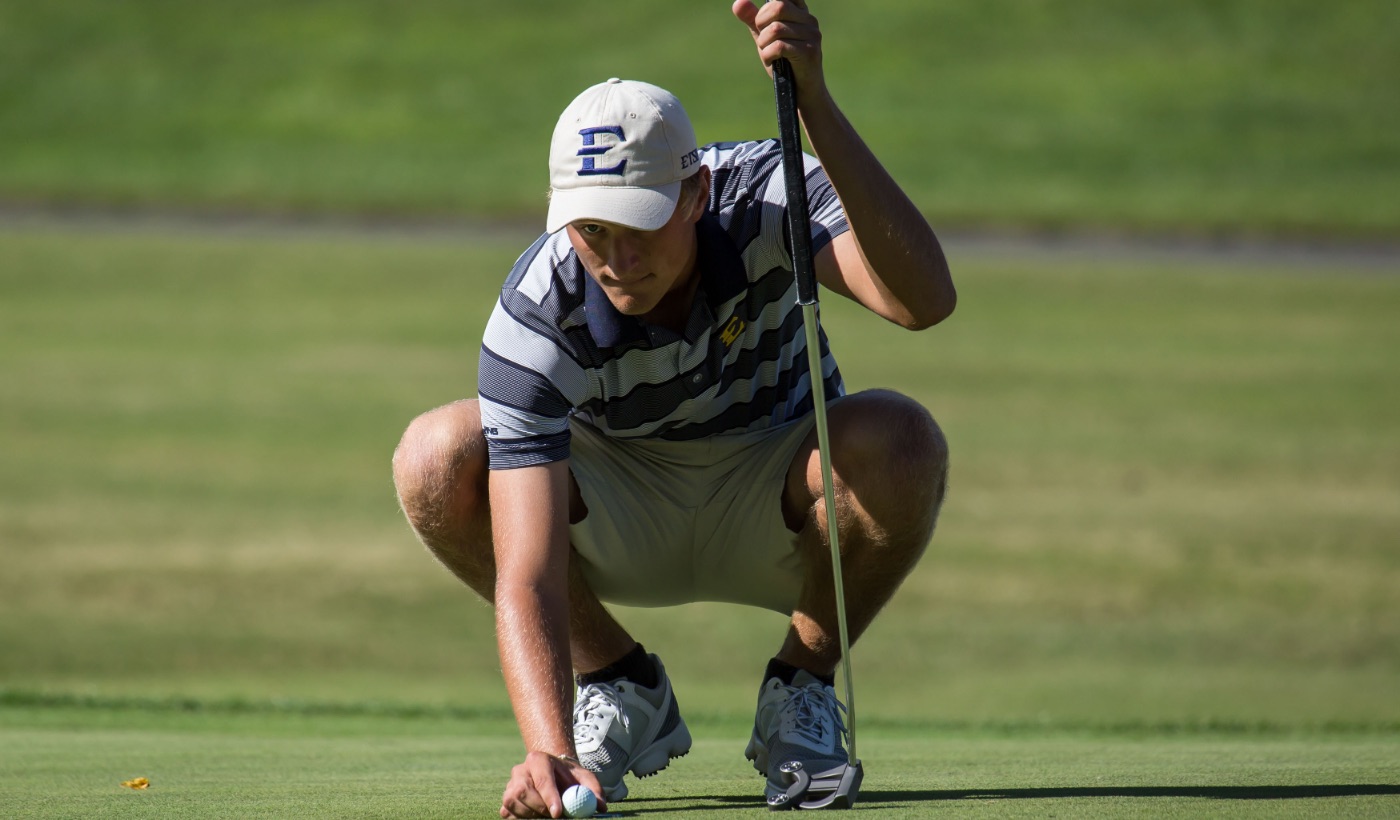 JOHNSON CITY, Tenn. (June 23, 2016) – A day after moving up in the Scratch Players World Amateur Ranking and the World Amateur Golf Ranking, ETSU’s Adrian Meronk (Wroclaw, Poland) was named Second Team All-American by both Golfweek and PING (GCAA), which were announced by both committees on Thursday.

Meronk, who moved to ninth in the Scratch Players World Amateur Ranking and 11th in the World Amateur Golf Ranking on Wednesday, gears up for his second straight Palmer Cup as it begins Friday at Formby Golf Club in Merseyside, England.

In 2015-16, Meronk played in 14 tournaments for the Bucs and totaled a 70.64 scoring average, while also scoring in the 60s 16 times and posting a score of par or lower 27 times. Meronk wrapped up his final season in the Blue and Gold with a pair of medalist honors as he captured wins at the Bank of Tennessee Intercollegiate and the Southern Conference Championship. The two wins moved his career total to five, which is tied for second in ETSU history, while he also claimed his second straight SoCon Player of the Year title.

To go with his All-American and Player of the Year honors, the Wroclaw, Poland native picked up his third consecutive PING All-Region honor in May and was also tabbed a semifinalist for the Jack Nicklaus Award in April. Meronk also won both SoCon Player of the Month awards this season, along with claiming three SoCon Player of the Week accolades.

This marks the second straight year Meronk has earned both PING and Golfweek All-American honors.

A week after becoming the first player from Poland to reach the semifinals at the British Amateur Championship, Meronk looks to carry that momentum into this weekend’s Palmer Cup. The annual Ryder Cup-style competition will be played this weekend at Formby Golf Club. The three-day tournament begins Friday morning with foursomes play, while the afternoon matches will be four-ball competition. The format on Saturday and Sunday consists of singles matches starting. The Palmer Cup champion will be determined by the team with the most points at the conclusion of three days of play. If the team is tied at the completion of the tournament, the previous years’ winner will retain the cup.

Live scoring for this weekend’s tournament will be available via Golfstat.

Meronk made his Palmer Cup debut a year ago and won three of his matches – including a win over Stanford’s Maverick McNealy in singles play. McNealy was named Golfer of the Year last season.

Both teams are made up of nine golfers – six of whom are chosen based off the Arnold Palmer Cup Rankings. Meronk earned his spot on the team by finishing in the top six of the Palmer Rankings. Using Golfstat’s NCAA Player Ranking as a base, the Arnold Palmer Cup Ranking awards bonus points for wins and high finishes and a negative bonus for poor finishes. The ranking also contains a strength of schedule component.

Meronk is one of three golfers from Team Europe returning from last year’s squad who fell to the United States, 18-12.